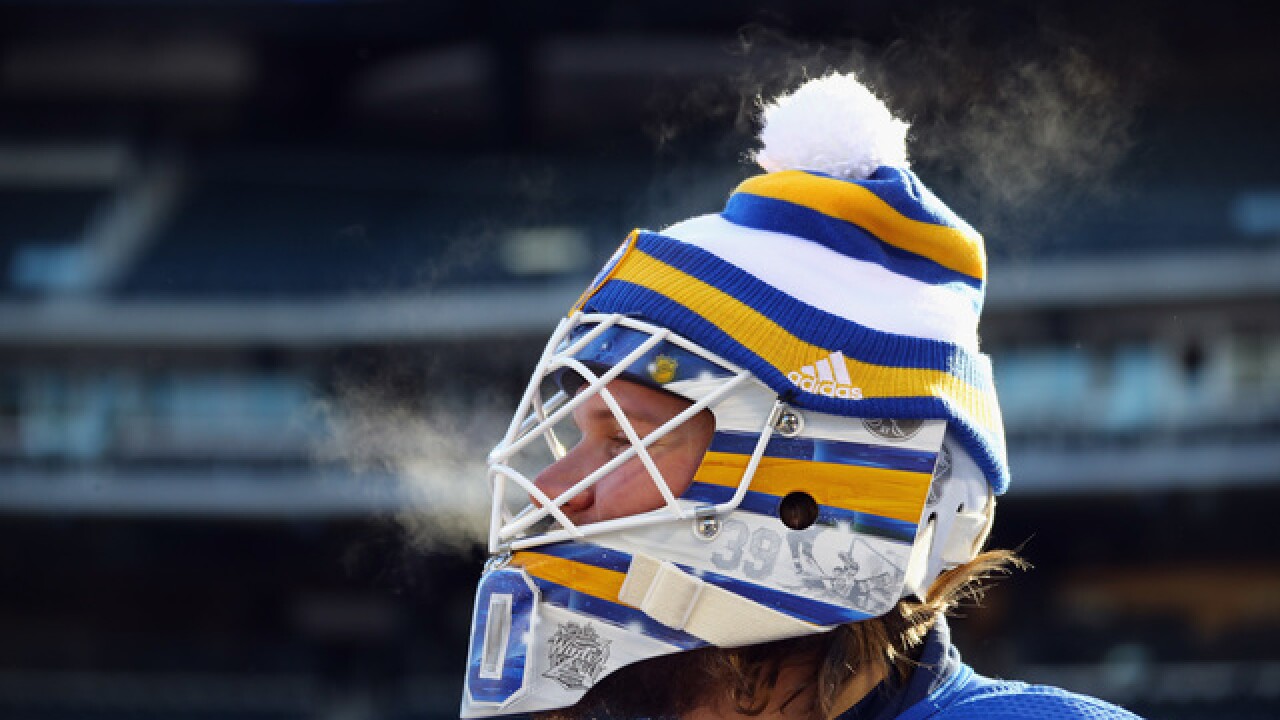 Copyright 2018 Scripps Media, Inc. All rights reserved. This material may not be published, broadcast, rewritten, or redistributed.
Bruce Bennett
<p>NEW YORK, NY - DECEMBER 31: Robin Lehner #40 of the Buffalo Sabres practices at Citi Field on December 31, 2017 in the Flushing neighborhood of the Queens borough of New York City. The team will take part in the 2018 Bridgestone NHL Winter Classic on New Years Day. (Photo by Bruce Bennett/Getty Images)</p>

BUF is not expected to give goaltender Robin Lehner his qualifying offer and he should be added to the list of UFA goalies available this summer as Sabres are likely to look elsewhere for a partner for Linus Ullmark.

Lehner, 26, won 14 games with the Sabres last season, posting a 3.01 goals against average and .908 save percentage. During his three seasons with the Sabres, Lehner's best statistical season came in 2016-2017, recording 23 wins.

After another up and down season for Lehner, Sabres GM Jason Botterill made it clear that Linus Ullmark would start next season in Buffalo, seriously putting Lehner's future in question.

The writing was on the wall for a long time.

Once Botterill said he was planning on having Ullmark in Buffalo next season, many people, myself included, thought that was the end for Lehner.

Turns out we were right.

Over the years I've thought Lehner has taken more criticism than he's deserved. He often was left out to dry and when he did play well, he received very little run support.

But with the direction the Sabres appear to be heading and with "major shakeups" likely, this shouldn't come as a surprise.

So where do the Sabres go from here?

Personally, I think signing a veteran goaltender in free agency makes a lot of sense. I'm not suggesting an expensive splash, but rather a nice compliment to allow Ullmark to be eased back into the NHL.

In a perfect world, Ullmark and his fellow net-minder could split the season. If one of the goaltenders gets hot, the Sabres could just ride the wave and keep playing the hot hand. Besides, piling too much on Ullmark isn't good for his development. Goalies need starts but throwing 55 games at him right out of the gate doesn't seem smart.

Jonathan Bernier and Carter Hutton are two names to keep in mind. Both are available, yet shouldn't break the bank.