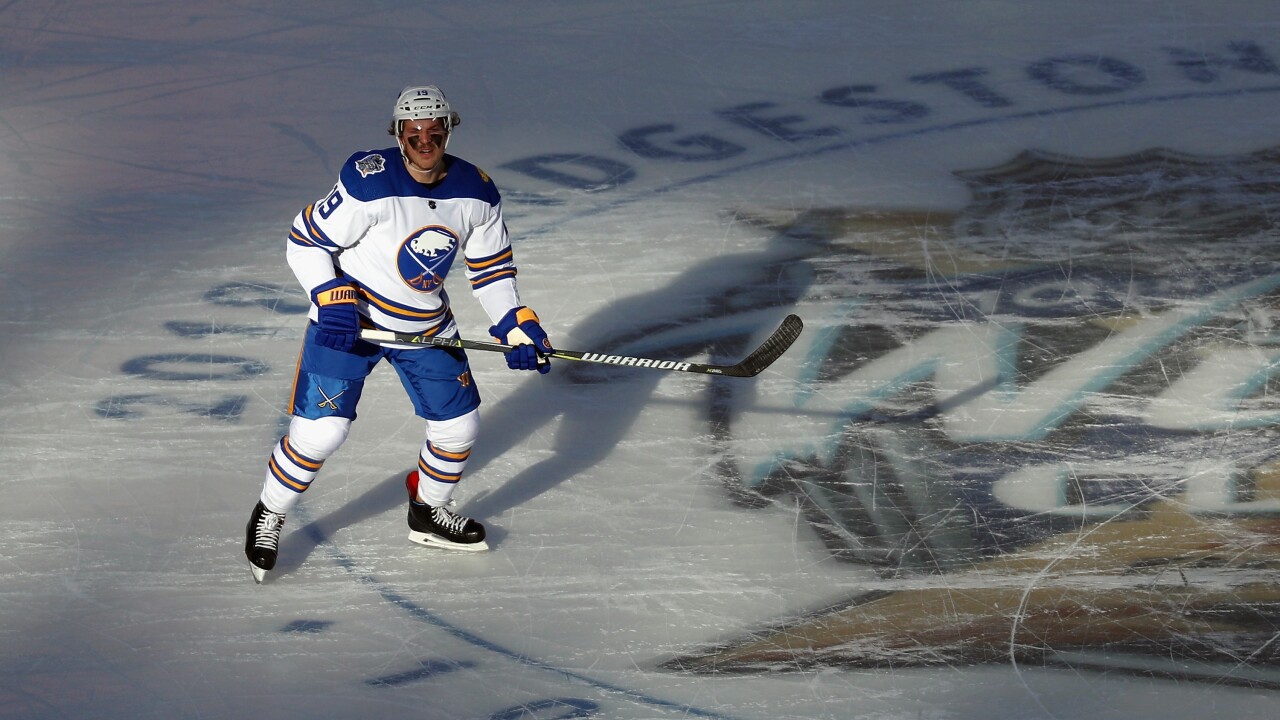 Abbie Parr/Getty Images
NEW YORK, NY - JANUARY 01: Jake McCabe #19 of the Buffalo Sabres skates against the New York Rangers during the 2018 Bridgestone NHL Winter Classic at Citi Field on January 1, 2018 in the Flushing neighborhood of the Queens borough of New York City. The Rangers defeated the Sabres 3-2 in overtime. (Photo by Abbie Parr/Getty Images)

BUFFALO, N.Y. (WKBW) — With NHL free agency lurking the Buffalo Sabres front office had a busy Wednesday, extending qualifying offers to six different players. According to John Wawrow of the Associated Press, the Sabres made offers to the following restricted free agents:

Of the aforementioned list, McCabe, Ullmark, and Rodrigues stand out the most because of their previous roles within the organization.

McCabe, 25, played in 59 games with the Sabres last season scoring four goals and adding 10 assists. The Sabres defenseman missed most of March with an upper-body injury before returning for the final four games of the season.

Rodrigues, who is also 25-years-old, played in 74 games for the Sabres last season, scoring nine goals and adding 20 assists. Rodrigues' 29 points made him the Sabres eighth-leading scorer last season, finishing with the same amount of points as Kyle Okposo.

Ullmark, 25, finished with a 15-14-5 record last season in Buffalo was also qualified as he prepares to enter his second "full" season in the NHL. While with the Sabres in 2018-2019, Ullmark posted 3.11 goals against average and a .905 save percentage. After a stellar start to the season, Ullmark cooled down along with the rest of his teammates.