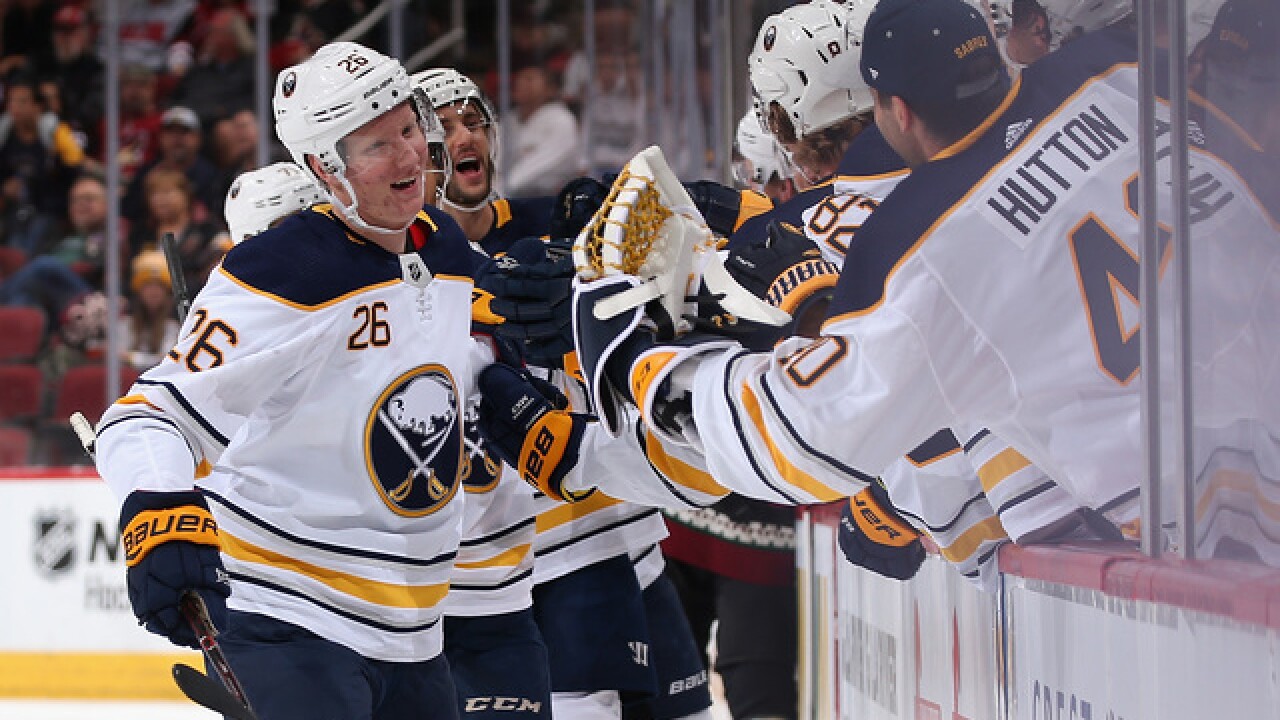 Copyright 2018 Scripps Media, Inc. All rights reserved. This material may not be published, broadcast, rewritten, or redistributed.
Christian Petersen
GLENDALE, AZ - OCTOBER 13: Rasmus Dahlin #26 of the Buffalo Sabres celebrates with teammates on the bench after scoring his first career goal against the Arizona Coyotes during the first period of the NHL game at Gila River Arena on October 13, 2018 in Glendale, Arizona. (Photo by Christian Petersen/Getty Images)

Elias Pettersson wins Calder Trophy. Still an amazing season for #Sabres rookie Rasmus Dahlin, who played in all 82 games as an 18-year-old @WKBW

Despite his stellar rookie campaign with the Buffalo Sabres, Dahlin finished third in rookie of the year voting behind both St. Louis Blues goaltender Jordan Binnington and Vancouver Canucks forward Elias Pettersson [winner].

Dahlin, who turned 19 in April, appeared in all 82 games for the Sabres this season and finished with 44 points, the second most in league history by an 18-year-old defenseman. The Sabres rookie lived up the hype of being selected with the No. 1 pick in the 2018 NHL Draft, leading the Sabres in points from a defender and finishing with the fourth most points on the team [behind Eichel, Reinhart, and Skinner].

This doesn't take anything away from Dahlin's magical rookie campaign. What the Swedish defenseman accomplished as an 18-year-old was nothing shy of incredible. If it weren't for a ridiculously strong rookie class, Dahlin would've likely been victorious. It's safe to say the best is yet to come for the face of the Sabres blue line.