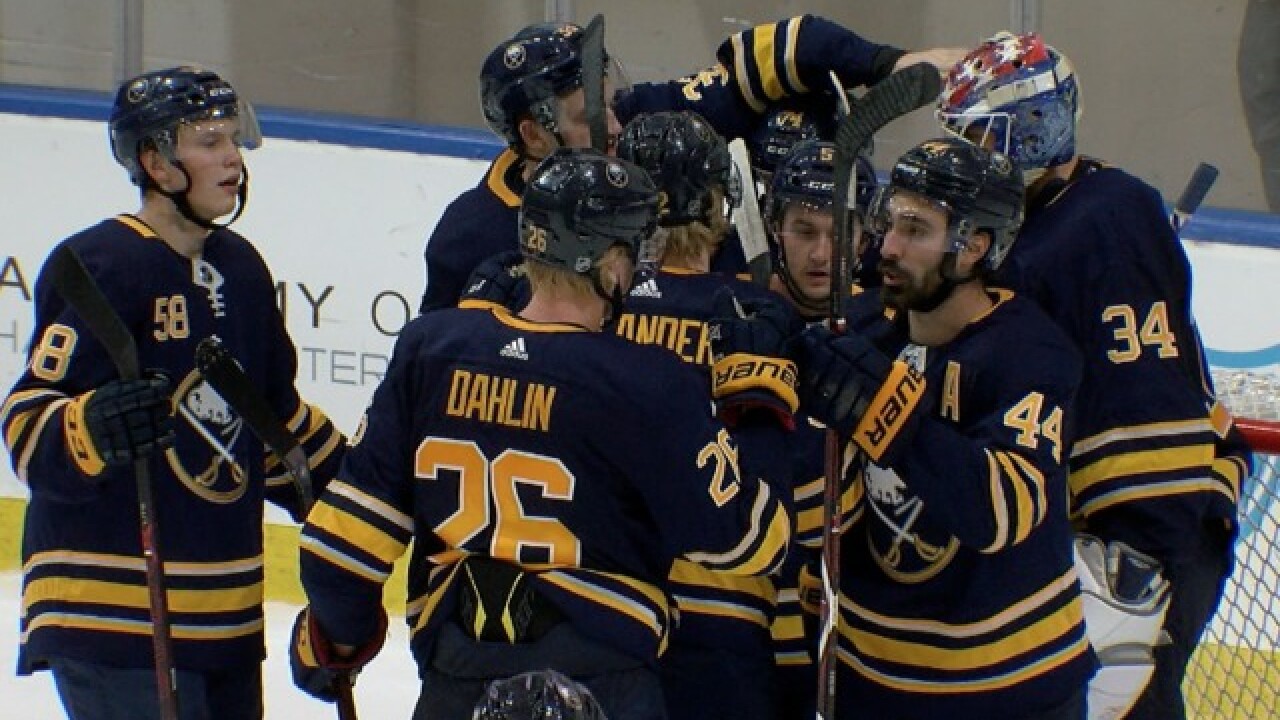 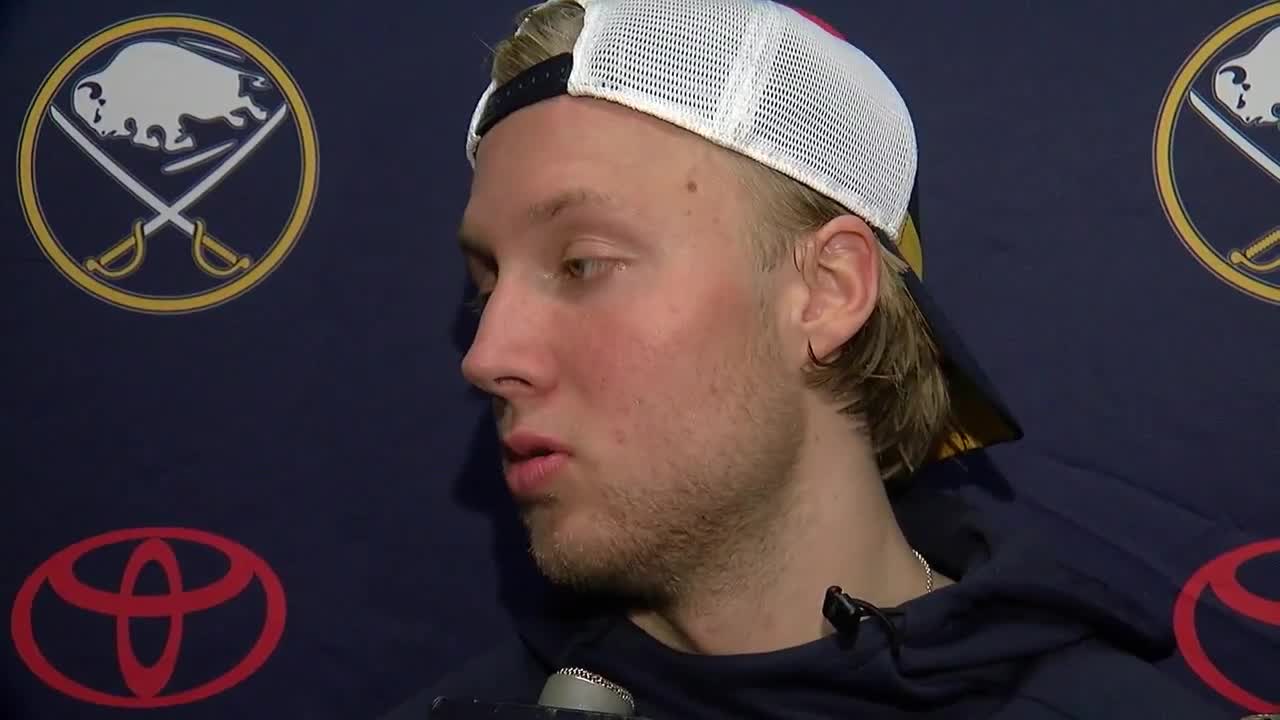 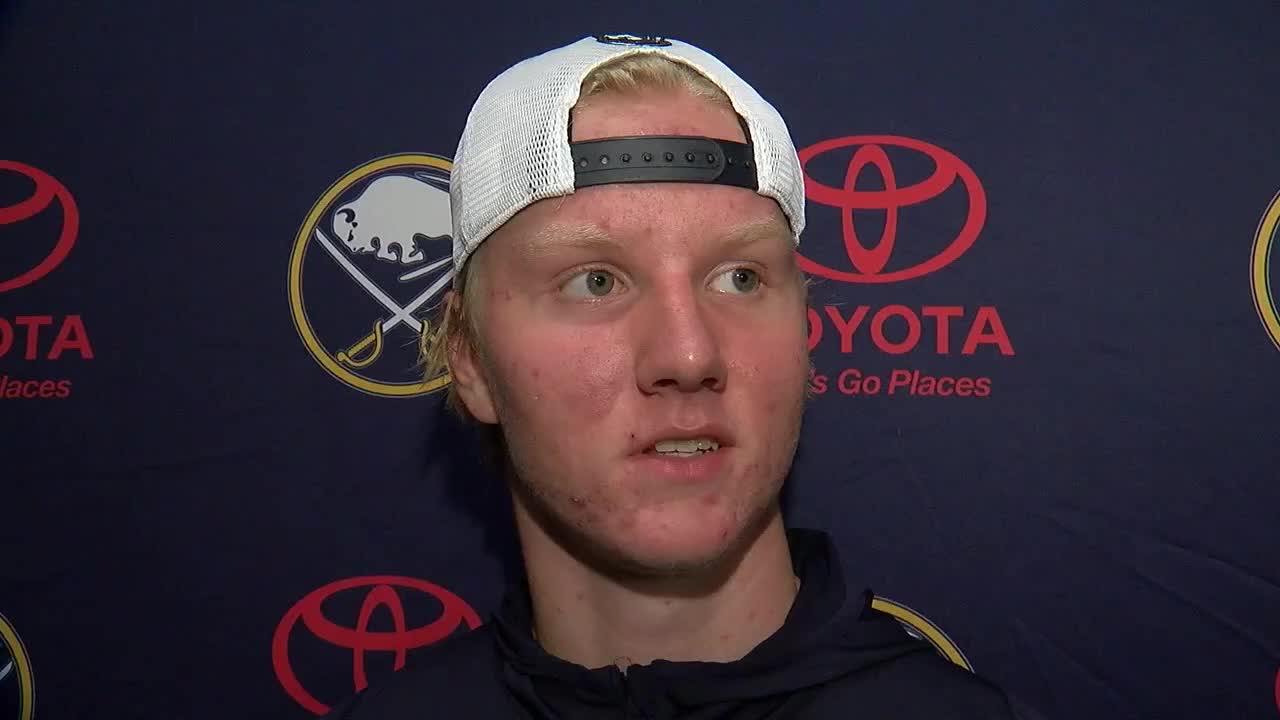 It was Rasmus Dahlin's first game wearing the Sabres crest across his chest and he certainly didn't disappoint. The No. 1 pick in the 2018 NHL Draft sent the sold-out HARBORCENTER crowd home happy with two goals and an assist en route to a 6-4 Sabres win over the New Jersey Devils.

Quick hits from the game:

You only get one chance to make a first impression.

Let's not kid ourselves -- a 3-on-3 tournament in July isn't the best way to evaluate a player. Hell, a Prospects Challenge in September isn't either. But on Friday Sabres fans got their first 'real' look at Rasmus Dahlin in a game setting.

As crazy as it may sound -- he exceeded expectations.

Rasmus Dahlin does it again. It's not the goal that's impressive, it's the inital pass and the ability to join the rush & capitalize on the scoring chance. #Sabres @WKBW pic.twitter.com/CeNZQpaqZu

More often than not, Dahlin looked like the most talented player on the ice. Whether he was effortlessly gliding around opponents or fighting off Devils prospects with ease, Dahlin looked calm, cool and collected.

Dudeeeeeee....I'm getting an iso of Dahlin and he makes the solid defensive play and the puck happens to go right to Tage Thompson, who buries #Sabres @WKBW pic.twitter.com/MzDvlDz5tS

Without getting you too excited, there were certainly times when Dahlin made mistakes, which is to be expected with an 18-year-old prospect. But Dahlin took over the game in the third period and it was obvious he was the best player on the ice.

Up until the final frame, I thought Rasmus Asplund was the most impressive player for either team.

It started with a few solid shifts in the first period at both ends of the ice. In the second period, he was rewarded for his strong start, picking up an assist on a gorgeous feed to Victor Olofsson on the power play.

Minutes later, Asplund was at it yet again, forcing a turnover in the offensive zone that led to the Sabres first shorthanded goal of the evening.

One game featuring only prospects is a small sample size but if Asplund has a strong training camp he could find himself on the Sabres opening night roster.

Will Borgen seems like he would be a nightmare to play against. Paired with Dahlin on Friday, Borgen was flying around and hitting everything that moved. While he doesn't have the upside of his defensive counterpart, Borgen appears to be a rock-solid two-way defender who projects to play in the NHL for a long, long time. Some time in Rochester will help his development but in a few years don't be surprised if Borgen is the guy on the ice when the Sabres are trying to protect a lead.

No Guhle, no problem

This isn't Brendan Guhle's first rodeo. He's been the darling of the Sabres Prospects Challenge before and on Friday he was given the day off. Have no fear, it was nothing more than a rest day for the 20-year-old Sabres hopeful. If I were a betting man, I'd anticipate Guhle plays on Saturday and one of the other 'high-profile' prospects gets the day off in his place. With training camp looming, there is no need to overwork any of the players, especially for someone who has been around the block.

It was a fun night to be a #Sabres fan. After their 6-4 win in the Prospects Challenge I chatted with @BuffaloVogl about Dahlin (duh) and the other guys who impressed @WKBW pic.twitter.com/2tMrDq3VO6

It's nice to finally see Nyalnder taking steps in the right direction. For a while, some fans were fed up with Nylander's lack of production in Rochester or in his very limited time with the Sabres. As stated with Asplund, one game is a very small sample size. But for two consecutive days Amerks coach Chris Taylor has been very complimentary of the 2016 first-round pick. Could you imagine how nice the Sabres pipeline would look if he turned into a legitimate NHL player?