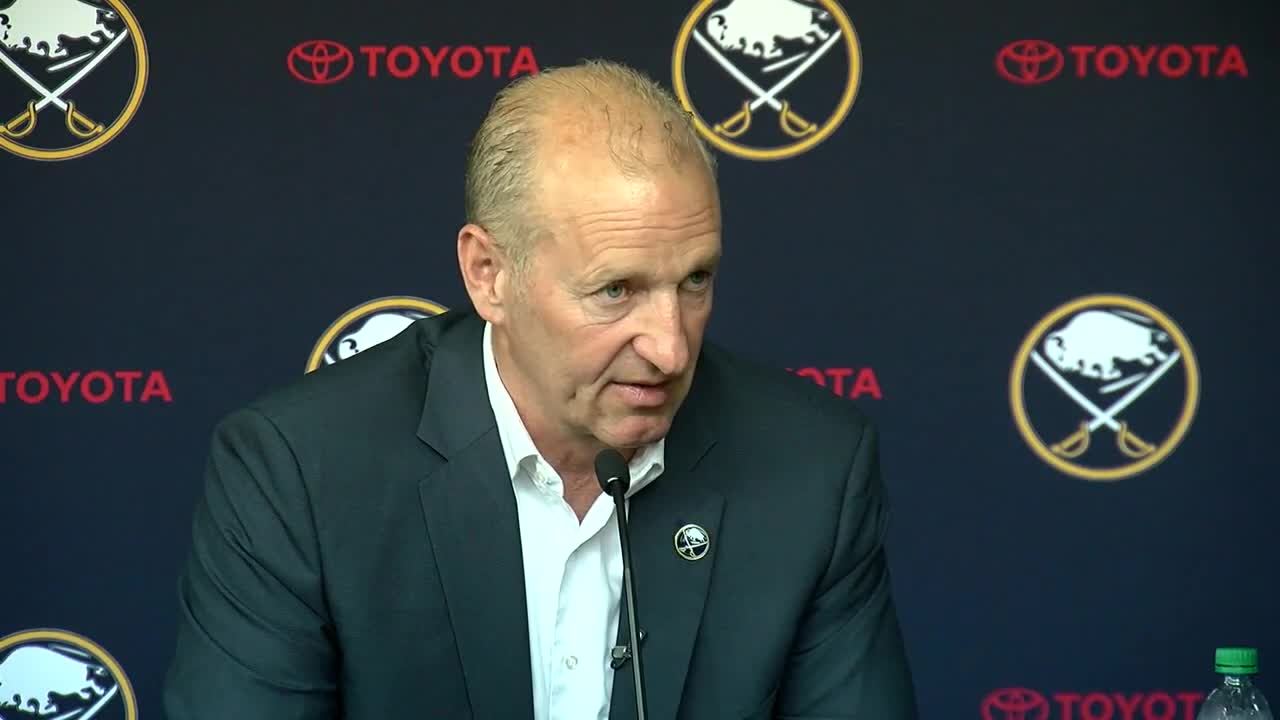 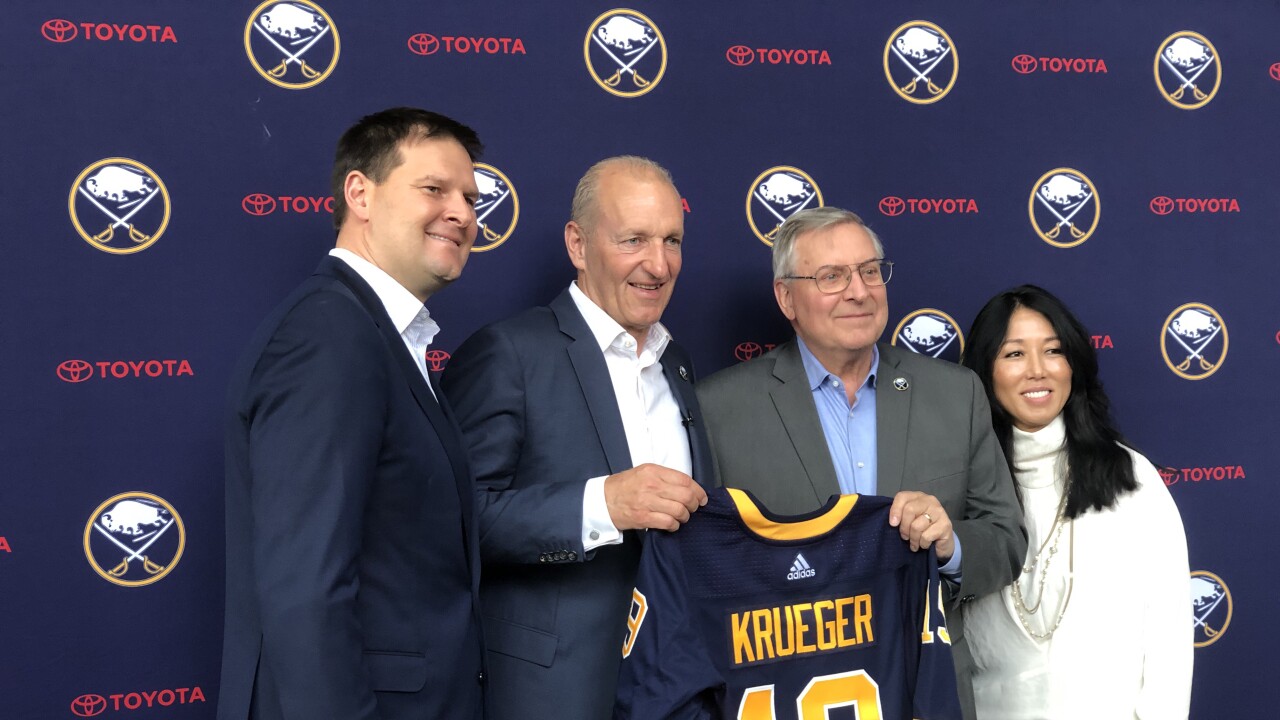 BUFFALO, N.Y. (WKBW) — In his first face-to-face meeting with reporters in Western New York, new Buffalo Sabres head coach Ralph Krueger was asked immediately about the status of soon to be free agent Jeff Skinner. Before the question was even finished, GM Jason Botterill, who was standing off to the side, began to smirk.

"I work on the basis that Jeff Skinner is a Buffalo Sabre and as a result, that's how our conversation went," Krueger said on Wednesday morning. "I could feel his unbelievable passion for the game and I see a skill set there that is unique and that can still be built upon. So overall, it was a really good conversation."

The new head coach and Skinner shared a lengthy conversation over the phone shortly after Krueger was hired by the Sabres. Throughout the course of the conversation, Krueger said Skinner focused on the future and never took the talks in a different direction.

Botterill, who hasn't publicly commented on Skinner's future with the team for several weeks, reiterated the two sides are eager to get a deal done.

"Discussions continue to go very well but as I've said before you never have a deal completely done until you have a signature," Botterill told reporters. "Through the whole process, both sides want to get a deal."

"You never have a deal completely done until there is a signature on there.....but both sides want to get a deal" pic.twitter.com/2dl8q0hrDL

When asked if the front office felt an urgency to get a new deal done, Botterill agreed that was a fair way of looking at things.

But Jeff Skinner wasn't the only topic of conversation as Krueger spoke in person with reporters for the first time. For the entire interview, head to the top of the page!