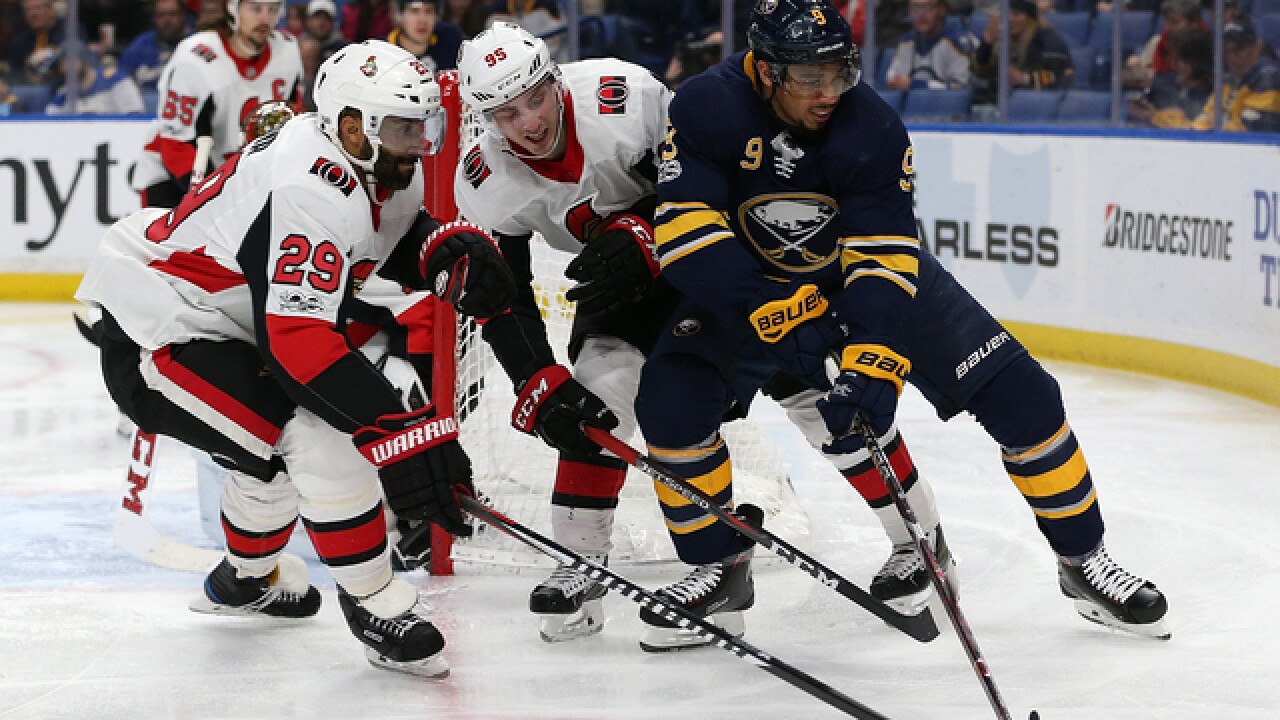 Copyright 2017 Scripps Media, Inc. All rights reserved. This material may not be published, broadcast, rewritten, or redistributed.
Kevin Hoffman
<p>BUFFALO, NY - DECEMBER 12: Evander Kane #9 of the Buffalo Sabres tries to take the puck around Matt Duchene #95 and Johnny Oduya #29 of the Ottawa Senators during the second period at the KeyBank Center on December 12, 2017 in Buffalo, New York. (Photo by Kevin Hoffman/Getty Images)</p>

Evander Kane has gone ten games without a goal and has only one-point during that same span. Hardly impressive, especially when you consider that Kane led the Sabres in scoring for much of the first half of season.

Evander Kane has one goal since Dec. 22nd. After practice he was asked how he's dealing with the slump and if he has thought about the Feb. 26th trade deadline #Sabres @WKBW pic.twitter.com/nRQZWaC8uj

"Confidence obviously helps, especially when things are going in, you're feeling good about things, when it's not, you've got to keep your confidence because when that goes it can really prolong and other parts can really start to slip," Kane said on Wednesday.  "So, for me, I'm staying confident. I know what I can do and eventually it will turn."

In an effort to give his game a spark, Kane was returned to the 'first line' alongside Jack Eichel and Kyle Okposo, who have been two of the Sabres most productive forwards during Kane's slump.

Jack Eichel has a voice & is someone plenty of people look up to. I asked him today about mental health awareness & how he can use his platform to spread the message #BellLetsTalk #Sabres @WKBW pic.twitter.com/KXXUCMQLcY