Pilut agrees to two-year deal with Traktor Chelyabinsk in KHL 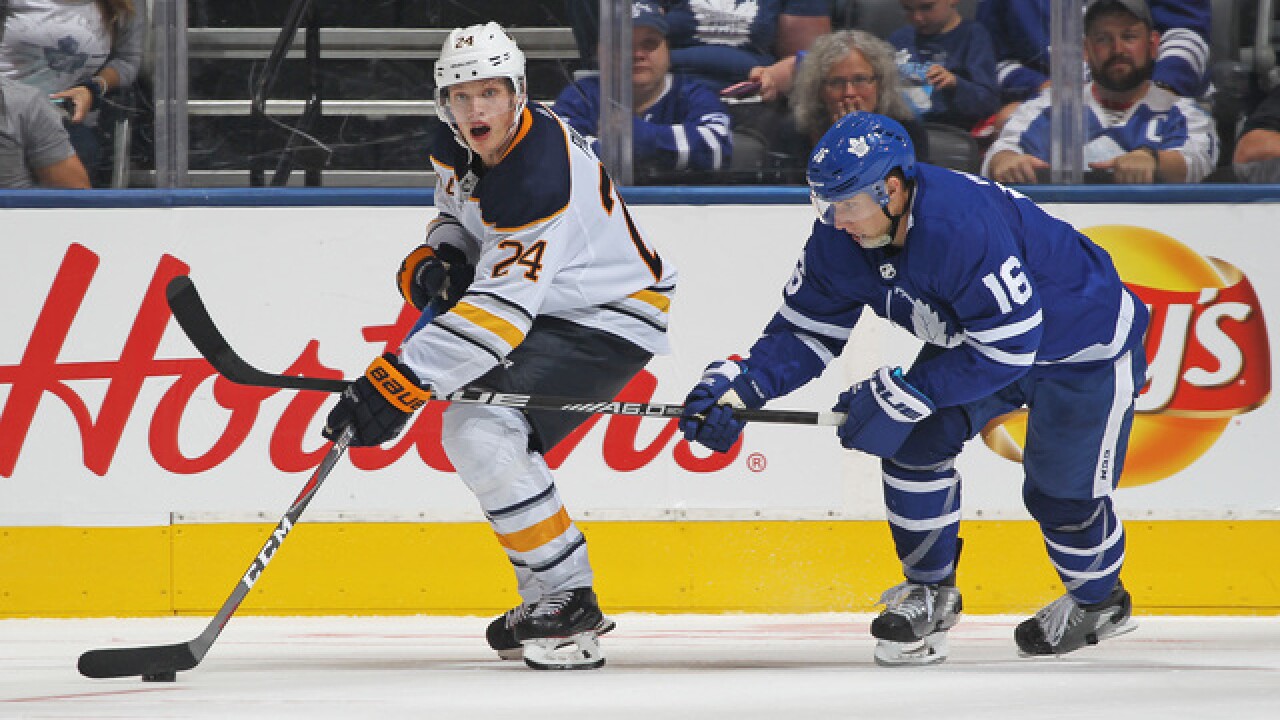 Copyright 2018 Scripps Media, Inc. All rights reserved. This material may not be published, broadcast, rewritten, or redistributed.
Claus Andersen
<p>TORONTO,ON - SEPTEMBER 21: Lawrence Pilut #24 of the Buffalo Sabres skates away from a checking Mitchell Marner #16 of the Toronto Maple Leafs during an NHL pre-season game at Scotiabank Arena on September 21, 2018 in Toronto, Ontario, Canada. The Maple Leafs defeated the Sabres 5-3. (Photo by Claus Andersen/Getty Images)</p>

BUFFALO, N.Y. [WKBW] — It appears Lawrence Pilut's time with the Buffalo Sabres organization has come to an end. On Tuesday, KHL club Traktor Chelyabinsk announced they've agreed to terms with the Swedish defender on a two-year deal.

Traktor manager Roman Belyaev said Pilut had opportunities to stay in the NHL but decided to head overseas for an increased role and more playing time.

In two seasons with the Sabres, Pilut has one goal and five assists in 46 career NHL games. In 2019, Pilut played in just 13 games with the Sabres and failed to register a point.

While with Rochester this season, Pilut earned All-Star honors and had six goals and 17 assists in 23 games played.

Pilut's rights are still owned by the Sabres but he becomes a free-agent later this summer. According to John Wawrow of the Associated Press, the Sabres can own his rights in the NHL for three-more seasons if they give him a qualifying offer.