Olofsson: "I feel like two years is the perfect deal for me right now" 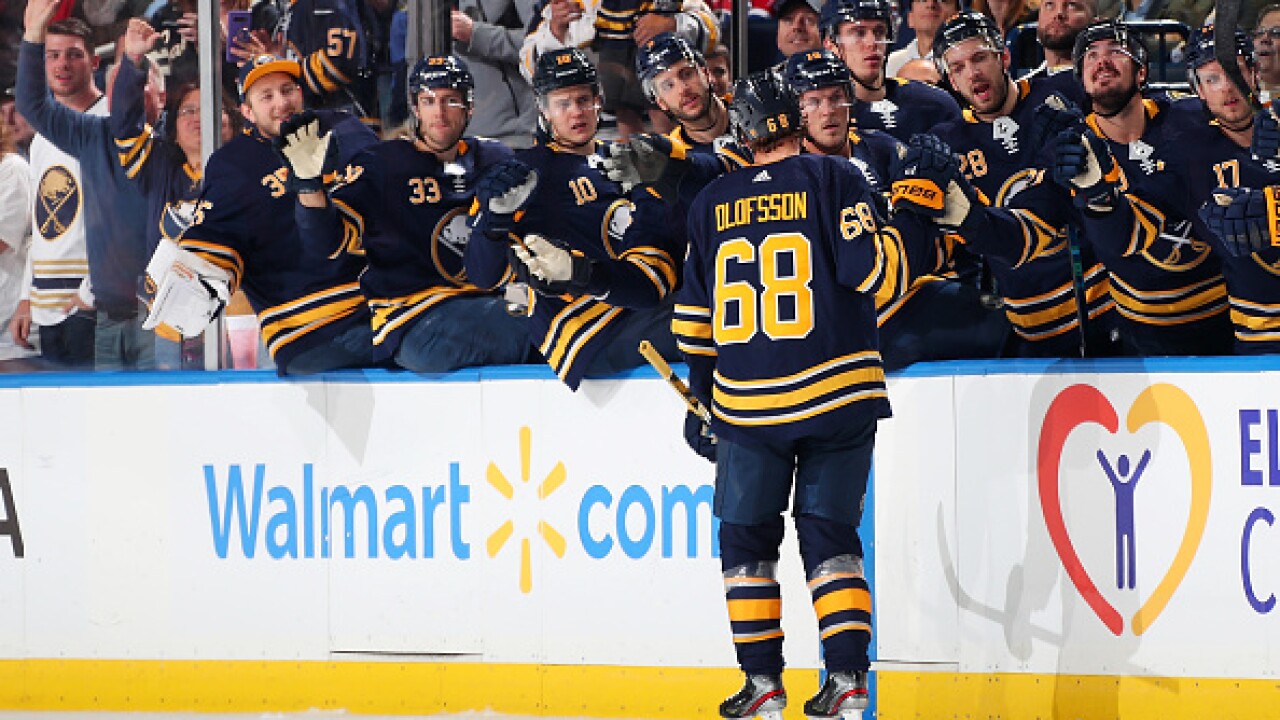 BUFFALO, N.Y. (WKBW) — Prior to getting hurt in January, Olofsson was on pace to be a rookie of the year candidate in 2019-20. He scored 20 goals and added 22 assists in 54 games. Most of that time was spent on a line with Jack Eichel and Sam Reinhart.

Olofsson never had it easy as a seventh round pick. But his breakout campaign set him up to be a mainstay in the Sabres lineup: He signed a two-year deal with the Sabres on Thursday with an AAV of $3.05 million.

"It's kind of life changing for me," Olofsson said. "But at the same time, I know I can do even better... I'm really excited to be a part of this organization. I think we're building something great here."

As first-year general manager Kevyn Adams assembled the 2021 Buffalo Sabres, some big names were brought in at forward. Eric Staal and Taylor Hall can bolster a forward group whose only consistency last season was the trio of Olofsson, Eichel, and Reinhart.

"They've been playing at a top level for very long. They're really good additions to our team," Olofsson said. "I think we have more guys that can put up some points and I feel like we're going to be a better team for sure this year. It feels a little bigger and a little heavier with those guys."

The addition of those threats up front could bring change to the Sabres' top two lines. Even last year's top group is back for 2021, the consistency of Olofsson-Eichel-Reinhart could be a thing of the past.

When new faces come into the fold, especially high-profile, Hart Trophy-winning faces, players conjure the possibilities of new combinations just like everyone else does.

"You kind of imagine the lines and see where you fit in, but at the same time you have to play with the guys too and see if there's any chemistry there," Olofsson said. "However we do it, our top two lines are going to be really good and I feel like we'll get more secondary scoring this year."

Secondary scoring and a more top-heavy forward group could alleviate some minutes for Olofsson. In 2019-20, he played more than 20 minutes in 17 of his 54 appearances. It's the most time he's ever spent on the ice in a season.

"I felt like sometimes I got a little bit tired," Olofsson said. "I've been working on my endurance and trying to become even faster and even quicker out there."

Between playing in his own end and getting used to a heavier workload, there's plenty room to grow for Olofsson. But he feels that the two-year deal is the right amount of time for him to come into his own.

"Two years is the perfect deal for me right now. Even though I feel very comfortable and confident in the NHL, I haven't had a full season yet," Olofsson said. "I don't really have that pressure of playing for a new contract right away, so it feels really good."