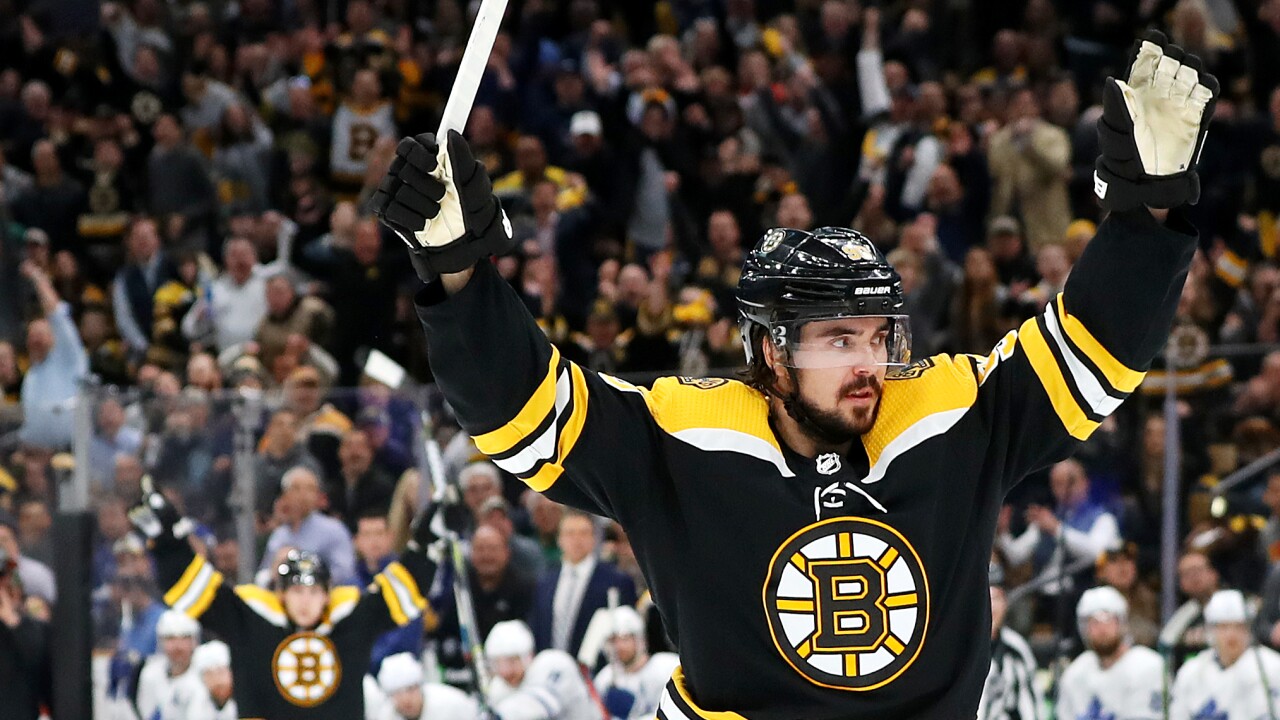 Maddie Meyer/Getty Images
BOSTON, MASSACHUSETTS - APRIL 23: Marcus Johansson #90 of the Boston Bruins celebrates after scoring a goal against the Toronto Maple Leafs during the first period Game Seven of the Eastern Conference First Round during the 2019 NHL Stanley Cup Playoffs at TD Garden on April 23, 2019 in Boston, Massachusetts. (Photo by Maddie Meyer/Getty Images)

BUFFALO, N.Y. (WKBW) — Sometimes it pays to be patient. On Saturday the Buffalo Sabres signed Marcus Johansson to a two-year deal worth $9 million [$4.5M per season].

.@MikeKellyNHL explains what Marcus Johansson could bring to a team that is looking for offensive depth. #NHLTonight pic.twitter.com/rehhsXLmdq

Johansson, 28, played a big role with the Boston Bruins during their Stanley Cup run last season. In the playoffs, Johansson scored four goals and added seven assists in 22 games. During the seven-game series against the St. Louis Blues, Johansson averaged more than 15 minutes of ice time per game.

While with the Bruins, Johansson played mostly down the left side and also logged some time on the power play. With the Sabres, he'll likely stay at left wing or he'll play center, a position he played while with the Washington Capitals a few years ago.

If Johansson is able to make the transition back to center he can provide the Sabres with some much-needed depth down the middle. If all goes according to plan, Johansson would help bridge the gap for the Sabres until either Casey Mittelstadt and/or Dylan Cozens is ready to take on a top-six role.

If the newly signed Sabre stays on the wing, he could lineup alongside Mittelstadt on the left side to take some pressure off the young winger. Wherever he ends up, Johansson gives the Sabres versatility and more depth, two things they've desperately been searching for during their eight-year playoff drought. Johansson is also Swedish, so chalk that up as a win because we all know the Sabres love Swedes.

Did you know Marcus Johansson has made the playoffs every season since 2013-2014. The #Sabres could certainly use some of that playoff mojo pic.twitter.com/HyvqrOjYET

The Sabres roster still has a long way to go but they've certainly improved their team over the last eight days. Johansson is a really solid player and getting him on a two-year deal is a big win for the Sabres.