'Goat Head' is back: Sabres unveil alternate jersey with 90s logos in blue and gold 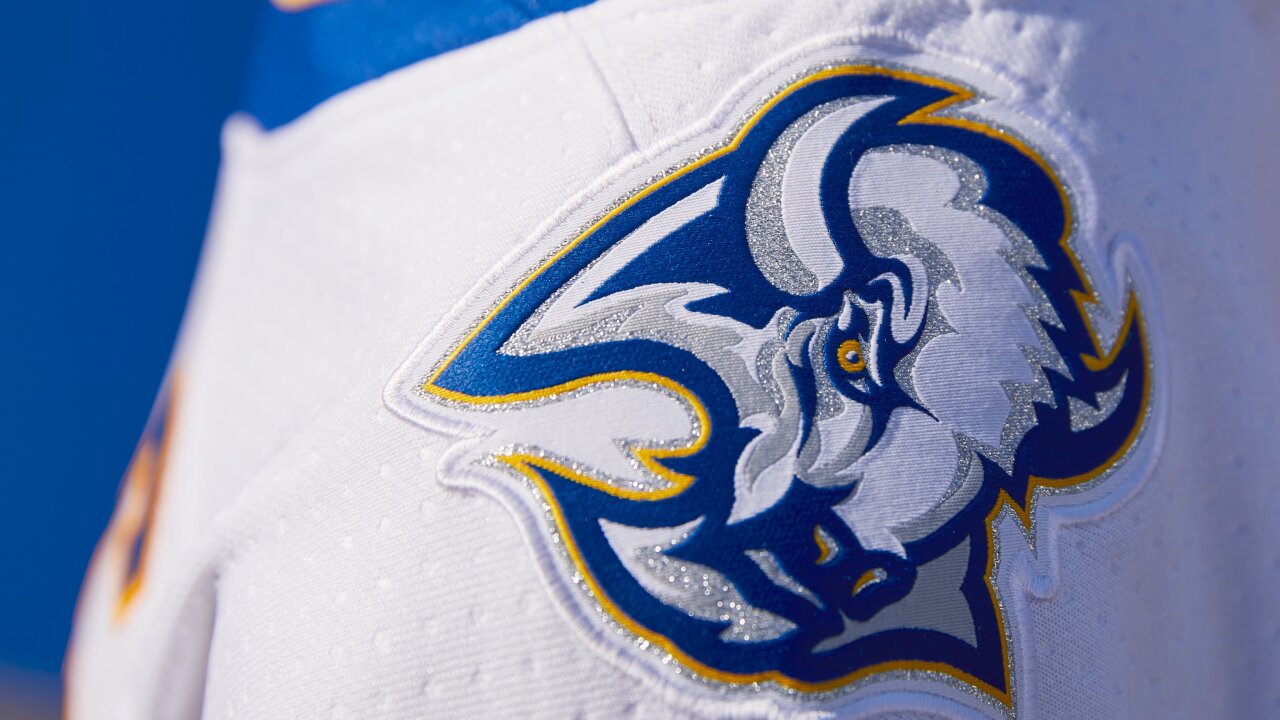 BUFFALO, N.Y. (WKBW) — A throwback from the '90s, lovingly called the "goat head" by Buffalo Sabres fans, will be back on the ice at KeyBank Center in 2021.

The Buffalo Sabres revealed their new alternate jerseys on Monday morning. The jerseys are part of the Adidas #ReverseRetro series. While the 90s crossed sabres are featured on the front of the jersey, the "goat head" appears as a shoulder patch.

Honoring the past with a focus on the future.

The popular logo, which actually depicts a charging buffalo's head, was used starting in the 1996 season, when the team changed colors to black and red. It was retired in 2006, when the team switched back to blue and gold and unveiled the "Buffaslug" logo.

This marks the first time the goat head logo will appear in blue and gold.

The alternate jerseys are part of a larger jersey overhaul by the team. The Sabres chose to switch to royal blue from dark blue after their 50th anniversary season ended last year. They unveiled the new look in August.