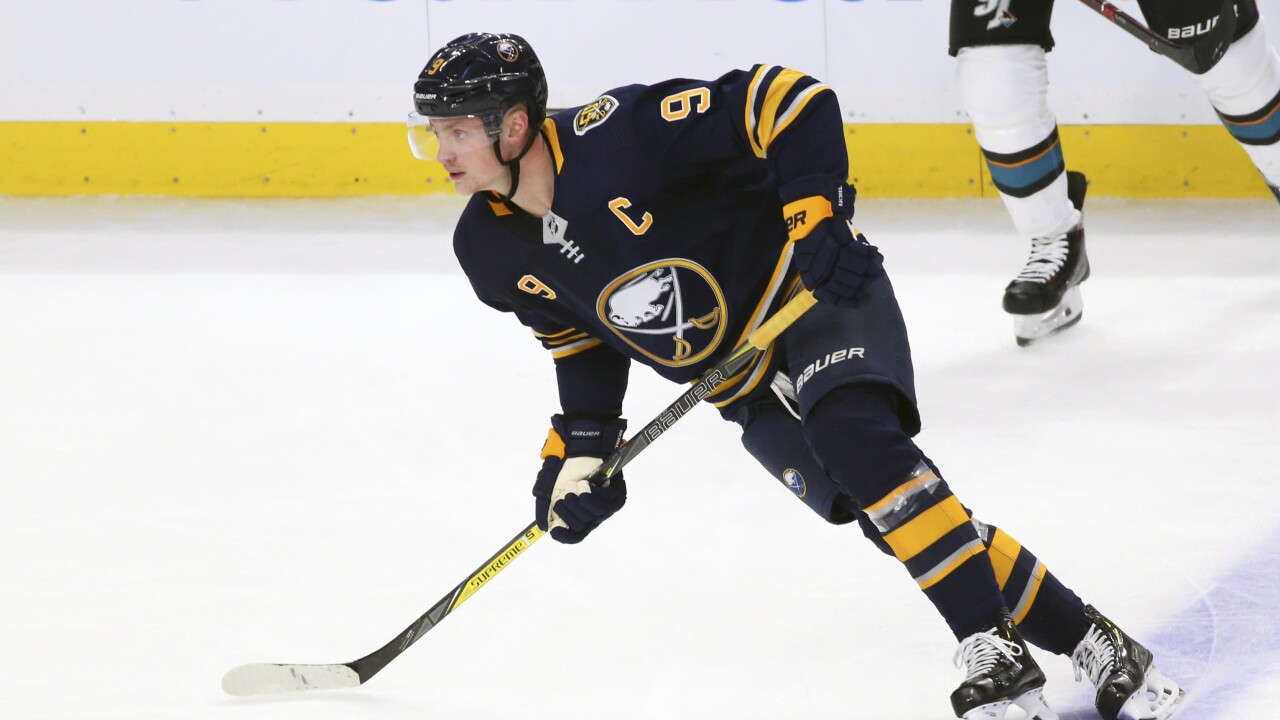 BUFFALO, N.Y. (WKBW) — Jack Eichel finished the night with two goals and two assists as the Buffalo Sabres knocked off the San Jose Sharks 4-3 in overtime at KeyBank Center on Tuesday evening. With the win, the Sabres improve to 8-1-1 on the season.

It would've been easy for the Sabres to crawl into a shell after falling behind 2-0. Instead, the Sabres responded with two goals of their own in the middle frame to tie things up heading into the final period.

Ristolainen: It's easy to be confident when you have the record we have #Sabres @WKBW pic.twitter.com/T2k6HlnQKn

This year we've seen the Sabres surrender a few two-goal leads of their own, so it was nice to see they also have the ability to battle back. Although I didn't think they played poorly in the first, good teams can put one bad period in the rear-view and the Sabres did that Tuesday night.

In the first frame, plenty of fans on social media were criticizing the captain because he passed up a few opportunities to shoot the puck. While I understand the criticism, it's hard to get frustrated at the best playmaker on the team. Sure, there are times when he should just fire one at the net. But his creativity and vision are two of the traits that make him one of the best players in the world.

Jack Eichel can hear you boo him when he doesn't shoot the puck #Sabres @WKBW pic.twitter.com/YVVaUkWN8f

"I'm a pass-first guy, I always have been," Eichel said with a smirk after the game.

Eichel finished the game with two goals and two assists, giving him 14 points in 10 games this season. While at times the Sabres best forward has been inconsistent, he can take over a game unlike anyone else on the roster. For my money, he was the Sabres' best skater against the Sharks.

Jimmy Vesey had himself a very solid game despite failing to convert on a few great scoring chances. Eventually, the goals will come, it just hasn't happened yet. His line, centered by Casey Mittelstadt is starting to generate more chances. If not for a great save by Martin Jones in the second period, Vesey would've found himself on the score sheet.

With his goal at the start of the third period, Jeff Skinner now has scored six times in the Sabres first 10 games. If you were worried about him potentially slipping after getting paid, that doesn't appear like it will be an issue. What's even more impressive about Skinner's six goals is that they've all come at even strength. Eventually, Skinner will cool-off but he's proven time and time again he's one of the Sabres most clutch players.

"We're going to continue to make this a hard place to play," head coach Ralph Krueger said after the game.

Having a better record on home ice is something the Sabres have emphasized over the years and that won't change anytime soon. It hasn't always been pretty but it's hard to be hypercritical when you start 5-0 on home ice.