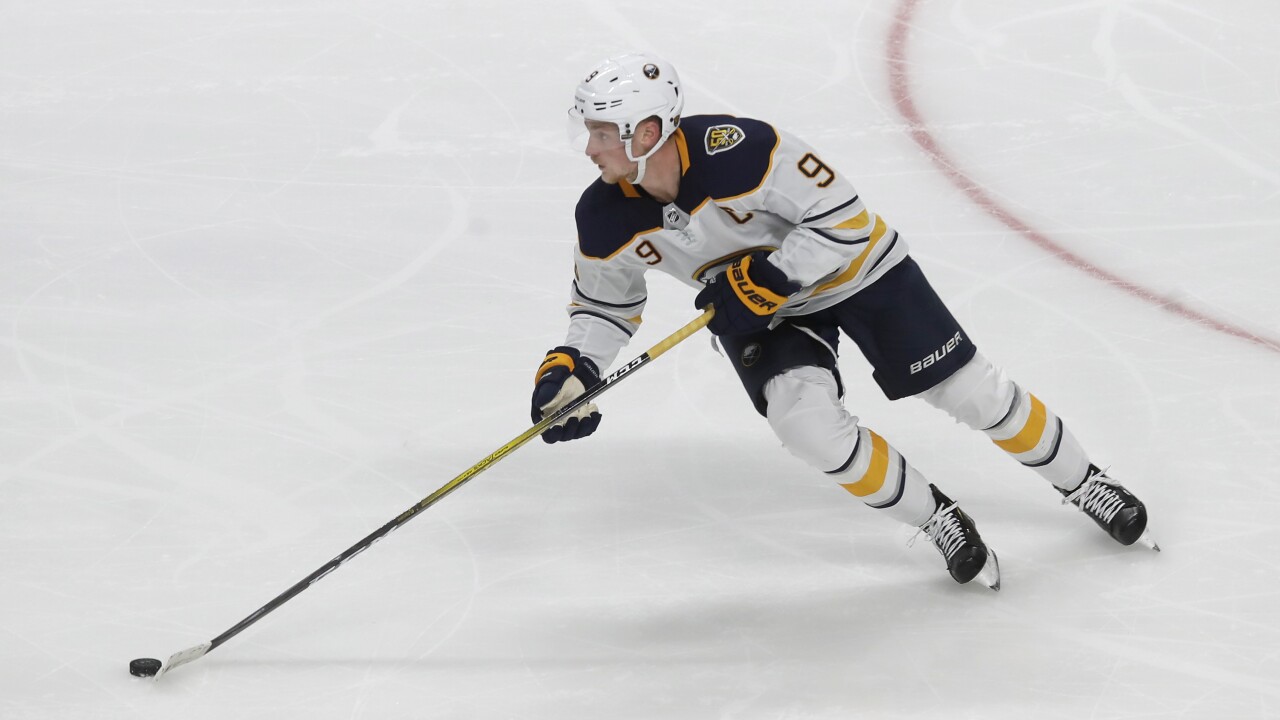 BUFFALO, N.Y. (WKBW) — Jack Eichel scored and added an assist, extending his league best point streak to 17 games as the Buffalo Sabres fell 5-3 to the Toronto Maple Leafs on Tuesday. Eichel now has 50 points [24G, 26A] in 35 games this season.

Rasmus Dahlin and Kyle Okposo also scored for the Sabres, with all three goals for the road team coming in the third period. Despite their late push, the Sabres couldn't erase two seperate three-goal deficits.

With the loss, the Sabres fall to 16-12-7 and fail to secure at least one point for the first time in the last six games. Buffalo now heads to Philadelphia for a matchup with the Flyers on Thursday.