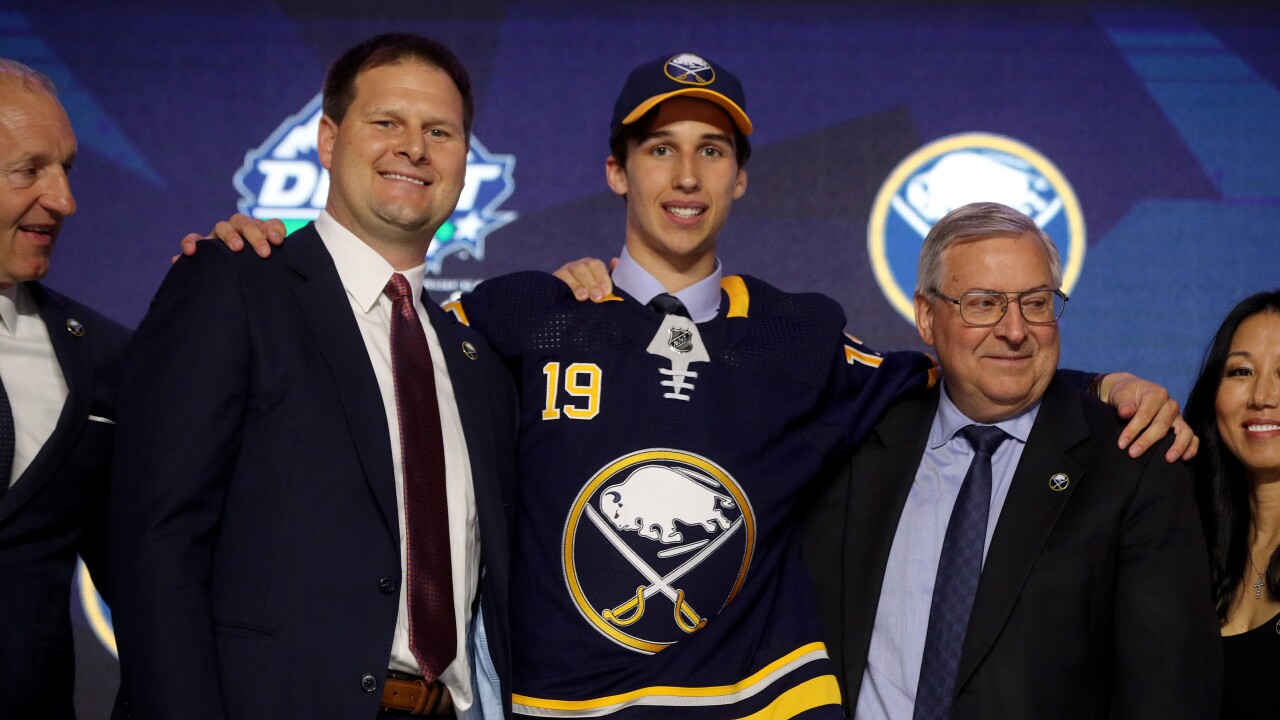 BUFFALO, N.Y. (WKBW) — When the Buffalo Sabres selected Dylan Cozens with the No. 7 pick in the 2019 NHL Draft they didn't just fill a position of need, they selected the best prospect available.

Entering the draft process, many experts believed Cozens would be a top-five pick. Luckily for the Sabres, a few interesting selections before they were on the clock allowed the skilled center to fall into their lap.

“It seems like a real hockey city and the fans get behind them a lot," Cozens told reporters in Vancouver on Friday. "I loved my time there just walking around the city and down by the water and I’m so excited to go there for development camp.”

Cozens, who is 6'3", plays a 200-foot game and can contribute at both ends of the ice. Usually when someone says that it means the player they are describing doesn't have offensive upside. With Cozens that couldn't be farther from the truth. Last season with Lethbridge in the WHL, the 18-year-old center had a knack for scoring, finishing with 34 goals and 50 assists in 68 games played.

Cozens exceptional speed and size make him an exciting prospect because he makes a difference every time he's on the ice. He could probably compete for a roster spot on the Sabres next season but what's the rush? If he returns to juniors or represents his country in the World Juniors he'll be better prepared when it's finally time to join the big club.

“If I’m privledged enough to [play in the NHL next season] and if they want me to play I believe I’ll be ready for it," Cozens added. "If not, I’ll go back to Lethbrige and lead that team there.”

And to think, we thought Jason Botterill didn't like drafting Canadians!