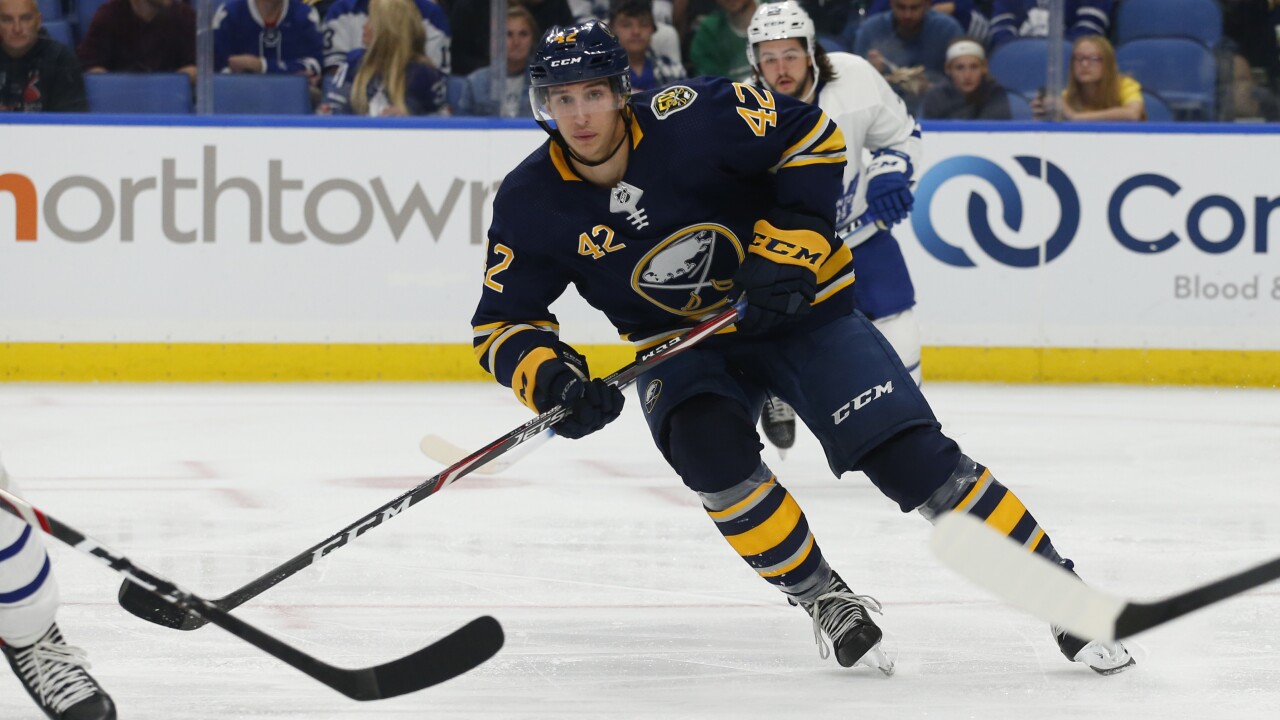 BUFFALO, N.Y. [WKBW] — Buffalo Sabres 2019 first-round pick Dylan Cozens has nothing left to prove in juniors. Last season with the Lethbridge Hurricanes in the WHL, the 19-year-old center scored 38 goals and tallied 85 points in just 51 games.

Dylan Cozens is ready to prove he belongs in the NHL next season. We caught up with the #Sabres 2019 first round pick to reflect on last season but more importantly look ahead @WKBW pic.twitter.com/mgzuL2t7ZL

Along with some personal accolades, Cozens' 2019-2020 season was highlighted by a gold medal in the World Juniors with Canada. In seven tournament games, Cozens had two goals and nine points.

"Obviously the World Juniors was something that was the highlight of the season for sure and something I’ll remember forever."

Due to the COVID-19 pandemic, Cozens and his team in Lethbridge weren't able to make a run at the Memorial Cup. At season end, Cozens led the Hurricanes to a 37-19-2 record.

"It was tough without a finish but you know it’s the same for everyone but before that it was a good year.”

Now the focus for Cozens shifts to getting ready to make the jump to the NHL. He said he's spent lots of time this offseason working on cardio and strength training to ensure he can handle the NHL grind.

"That’s the biggest thing we’ve been working on, increasing my workload capacity and making it so I can handle an 82-game NHL season."

Due to the NHL collective bargaining agreement, Cozens can either play with the Sabres next season or return back to the WHL. Playing in Rochester is not an option. Cozens admits he has plenty to learn and still needs some development but feels confident he can play in Buffalo.

"Obviously I want to make the jump to the NHL. Who knows when the season will start, it’s all up in the air still. We’re doing a really close job of watching it and making sure my body is ready to go when the season starts."