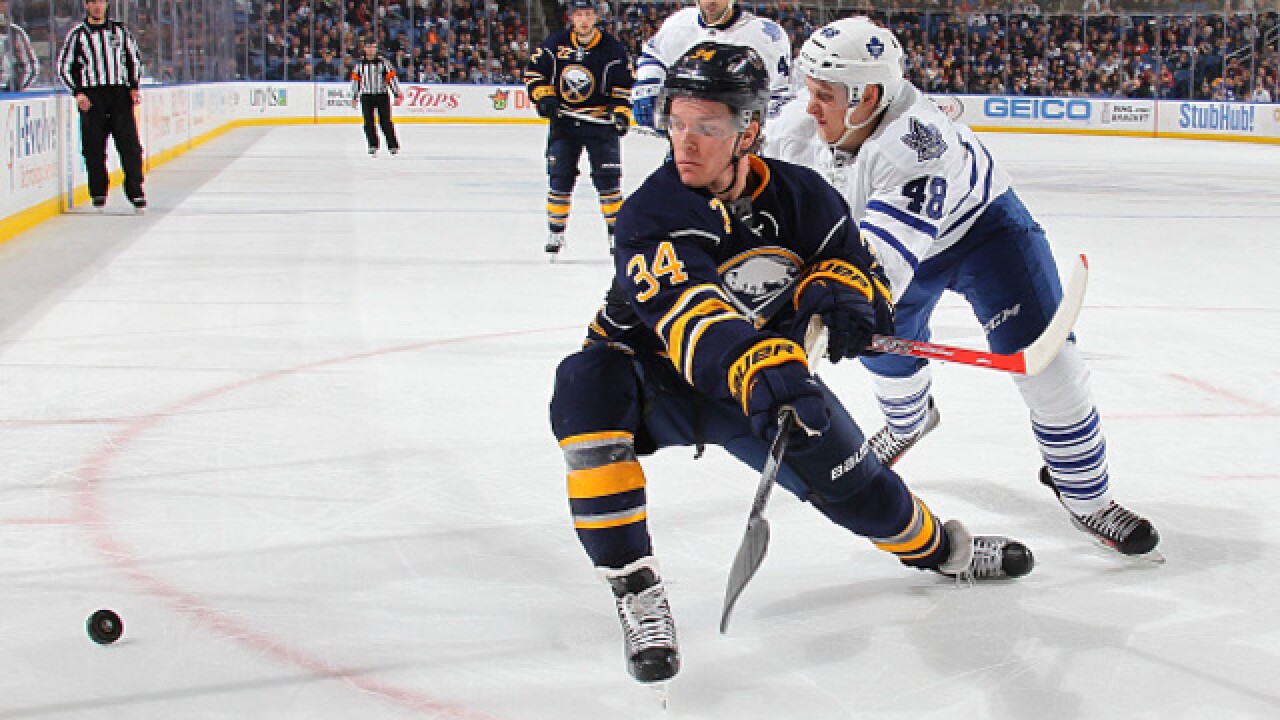 Bill Wippert
<p>BUFFALO, NY - MARCH 31: Casey Nelson #34 of the Buffalo Sabres battles for the puck against Andrew Campbell #48 of the Toronto Maple Leafs during an NHL game on March 31, 2016 at the First Niagara Center in Buffalo, New York. Buffalo won, 4-1. (Photo by Bill Wippert/NHLI via Getty Images)</p>

Add Casey Nelson to the list of players returning for the Buffalo Sabres next season. On Wednesday the team announced that Nelson has agree to a two-year deal worth an average salary of $812,500 per season.

This is a smart move for both the Sabres and Nelson.

For Nelson this is an opportunity to prove that he deserve more money and commitment when it's time for his next contract. As for the Sabres, this is a low-risk move for a player with plenty of upside.

Last season, Nelson was one of the few bright spots in the lineup and improved as the season came to an end. Nelson also worked very well with Brendan Guhle, who many expect will be a regular next season.

Nelson will have to earn his spot in the opening night lineup but having him around as an extra defenseman is a nice insurance policy. If he has a strong camp, we could very likely see a Nelson/Guhle third pairing. Not bad, especially when you consider these last few seasons.