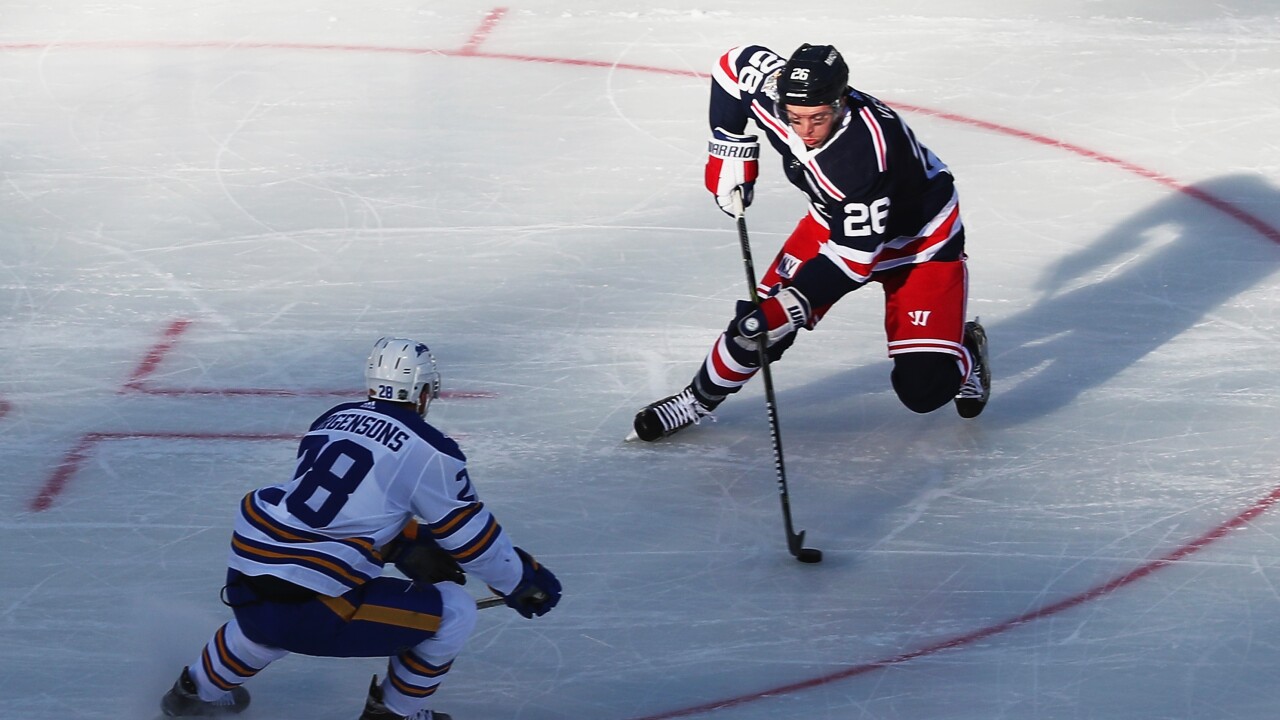 Abbie Parr/Getty Images
NEW YORK, NY - JANUARY 01: Jimmy Vesey #26 of the New York Rangers drives to the net as Zemgus Girgensons #28 of the Buffalo Sabres defends during the 2018 Bridgestone NHL Winter Classic at Citi Field on January 1, 2018 in the Flushing neighborhood of the Queens borough of New York City. (Photo by Abbie Parr/Getty Images)

On Monday the Buffalo Sabres acquired Jimmy Vesey from the New York Rangers in exchange for a 2021 third round pick. Vesey is a name Sabres fans have plenty of familiarity with. In 2016 Vesey's rights were traded to the Sabres from the Nashville Predators, but Vesey decided to sign with the Rangers instead.

Three years later Vesey is now part of the Sabres and some fans are bitter.

At the time, Vesey was 23-years-old and had all the leverage in the world. Rather than signing with the Sabres, he opted to remain closer to home and play alongside some of his friends with the Rangers. That doesn't mean he didn't want to play in Buffalo -- it just means that he really wanted to play in New York. So no, it won't be awkward for Vesey and fans shouldn't resent him. He didn't do anything wrong.

As for Vesey the player -- he has never really lived up to the hype. In his first three years in the NHL, Vesey has scored 50 goals and 40 assists in 240 games. By no means is he an ideal top-six forward but he will provide the Sabres with some much needed secondary scoring. As a matter of fact, Vesey would've been the Sabres sixth-leading goal scorer last season [17G, 18A, 35P].

I don’t love Vesey but he only makes $2.275M and it only cost the Sabres a third round pick. For a guy who will likely be on the third line that’s fine.

With only one year left on his deal at $2.275M trading for Vesey is a bit of a risk because he could walk after one season. But for a team that has desperately needed to add some depth to their lineup, I like the move because it's not a big risk and didn't cost the Sabres very much.