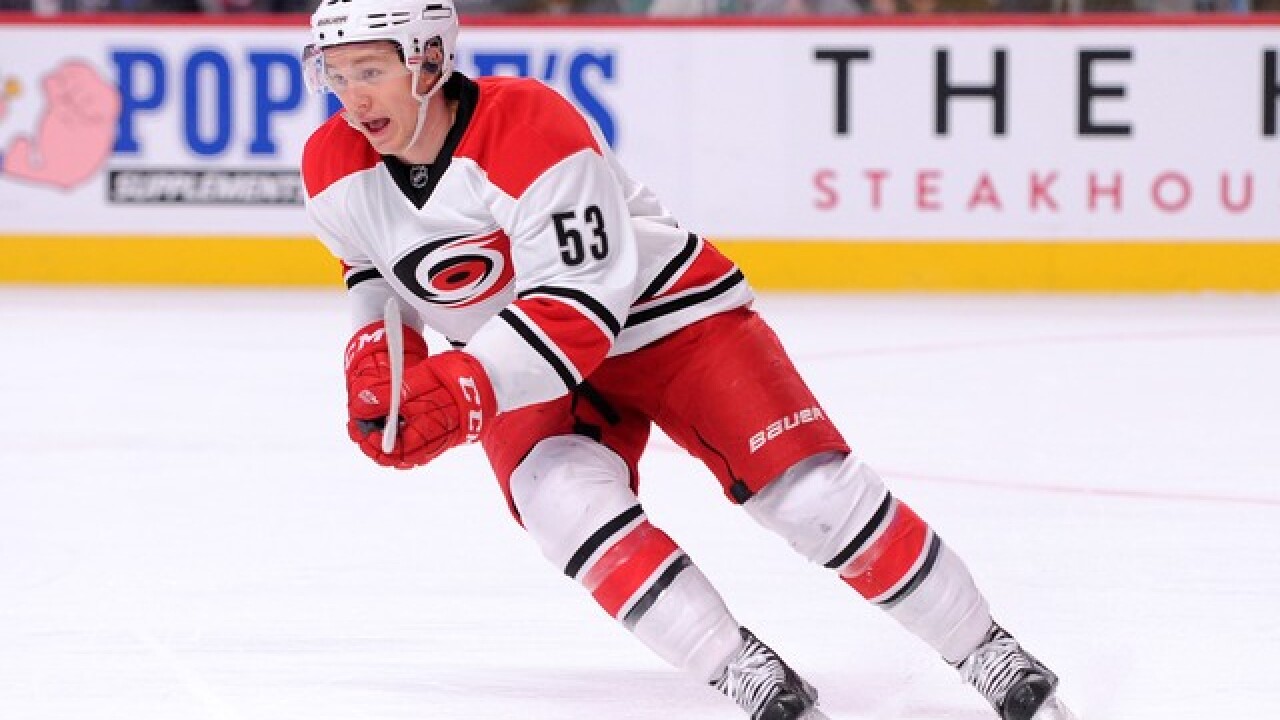 Jason Botterill just got away with highway robbery.

On Thursday the Buffalo Sabres added Jeff Skinner, a player who has scored 204 goals in the NHL and immediately becomes one of their most talented players.

While Pu is a solid prospect and the second and third round picks are nice pieces, the Sabres are adding a top-six forward without giving up any current players OR first-round picks. So what are the Sabres getting in Skinner?

An immediate scoring threat that will play on either the Sabres first or second line next season.

He’s a speedy forward who has shown a knack for finding the back of the net since joining the league. Let’s not forget, two-years ago Skinner scored 37 goals.

Now imagine what he can do alongside Jack Eichel.

At this point you’re probably smirking.

As pointed out by Travis Yost from TSN, Skinner is also an exceptional shot-generator, helping his teammates get pucks to the net while he’s on the ice. Essentially, he’s what the Sabres roster was missing.

Skinner, who is slated to make $5.725 million next season, is set to become an unrestricted free-agent next summer.

That said, I wouldn’t be surprised if Skinner is signed to a new-deal sometime soon.

Often times these details are discussed before a deal is made.

But what’s most impressive about this deal is that the Sabres aren’t content with the moves they’ve already made this summer.

In just a matter of months the team has added Rasmus Dahlin, Conor Sheary, Carter Hutton and now Skinner, along with the three-players acquired in the Ryan O’Reilly deal.

Let’s not kid ourselves, the Sabres needed a ton of work to become a team that could compete for playoff contention.

Are they there yet? Who knows, but they have certainly taken massive steps in the right direction.

Is it October yet?