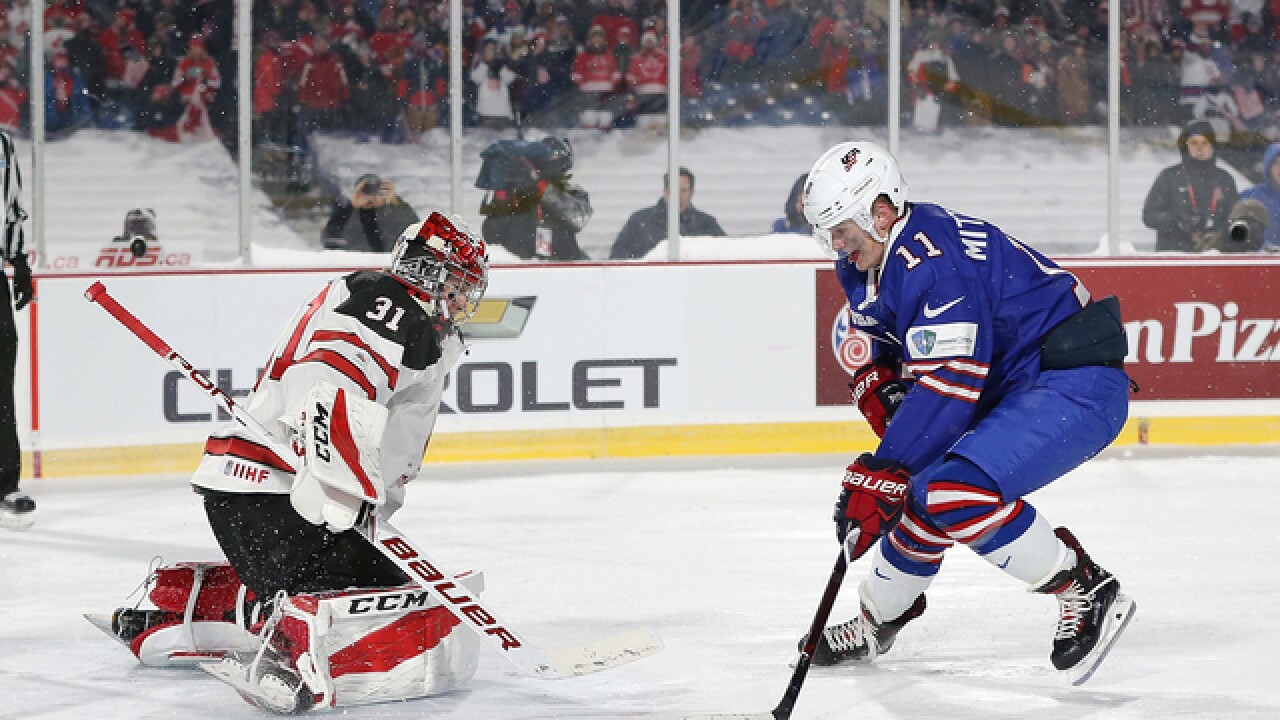 If at any point you've started to wonder what the 2018-2019 Buffalo Sabres lineup might look like, you're in the right place.

First things first, I'm aware this won't be correct. Predicting how the roster could shake out for next season in March is way too early. But sometimes you start jotting names on a blank piece of paper and before you know it, four lines, three defensive pairings and two goalies are written down.

There are a ton of factors that could change this projection but as of March 2nd, this is my best guess.

With the struggles they've had, it's hard to imagine the Sabres making a huge splash in free agency this summer. Maroon has had a nice season and while he's not a traditional first line player, he would benefit greatly from playing with Eichel and Reinhart. Signing Maroon wouldn't be cheap but it also shouldn't break the bank. When looking at the top unrestricted free-agent left wingers, names like James Van Riemsdyk, Rick Nash, Evander Kane, James Neal and Daniel Sedin top the list. Maroon could be a sneaky smart signing in Jason Botterill's second season as Sabres GM.

That said, the emergence of Alex Nylander would have been huge for the Sabres and allowed them to avoid searching the free agent market. But based on his struggles in Rochester, it's hard to imagine Nylander will be ready to step right into the NHL next season.

As for Reinhart, I'd expect the Sabres to try and sign their 2014 first-round pick to a two or three-year bridge deal in the offseason worth somewhere around $4M per year. Maybe that's too much, maybe it's not enough, but I'd be shocked if the Sabres let Reinhart walk in the summer.

Obviously, this all hinges on two things:
-Mittelstadt signing his entry-level contract
-Making the Sabres out of training camp

Another year developing in either Rochester or Minnesota would pay dividends but many people I've spoken with believe Mittelstadt is ready for the NHL. Without Kane, the Sabres need some talent on the left side of their lineup and starting Mittelstadt at wing could allow him some time to learn the NHL game, rather than throwing him at center right away.

I'm not sure what to expect out of C.J. Smith. If he can produce at half the rate he did this season with the Amerks, the Sabres will be thrilled. Or will he be like Derek Grant and thrive in the AHL while struggling in the NHL? We'll have to wait and see.

In his first few months with the Sabres, Scott Wilson has made his case to be re-signed in the offseason. He won't wow anyone with his offensive production or his scoring touch but he's a smart and versatile player who can likely be signed for a bargain.

Both Girgensons and Larsson remain under contract next season.

In 2016-2017 both McCabe and Ristolainen played their best hockey as a pair. Unless the Sabres win the 2018 NHL Draft lottery and select Rasmus Dahlin or make a play at John Carlson in the summer, they'll likely be without a true number one defenseman yet again.

Nelson has been a pleasant surprise since he was recalled from Rochester a few months ago. He still has his flaws but is starting to look like he could make the team out of camp next season.

In his two games with the Sabres this season, Guhle was one of the best players on the ice. He'll make the team and be a regular next season. Bogosian once again saw his season cut short because of injuries. With two more years left on his contract, Bogosian likely isn't going anywhere.

Sabres GM Jason Botterill made sure the Vegas Golden Knights couldn't choose Ullmark in the expansion draft last summer. Barring a big surprise, Ullmark will be the guy next season. While Robin Lehner has been fine, it's hard to imagine that he'll sign a deal in the summer knowing that he'll be a backup. The same can't be said for Johnson, who could provide familiarity and guidance for Ullmark as he becomes the number one guy.

***In December, NHL commissioner Gary Bettman told reporters at the league's board of governors meeting that the salary cap would be somewhere between $78M-$82M next season. For reference, the above roster comes in around $72M.