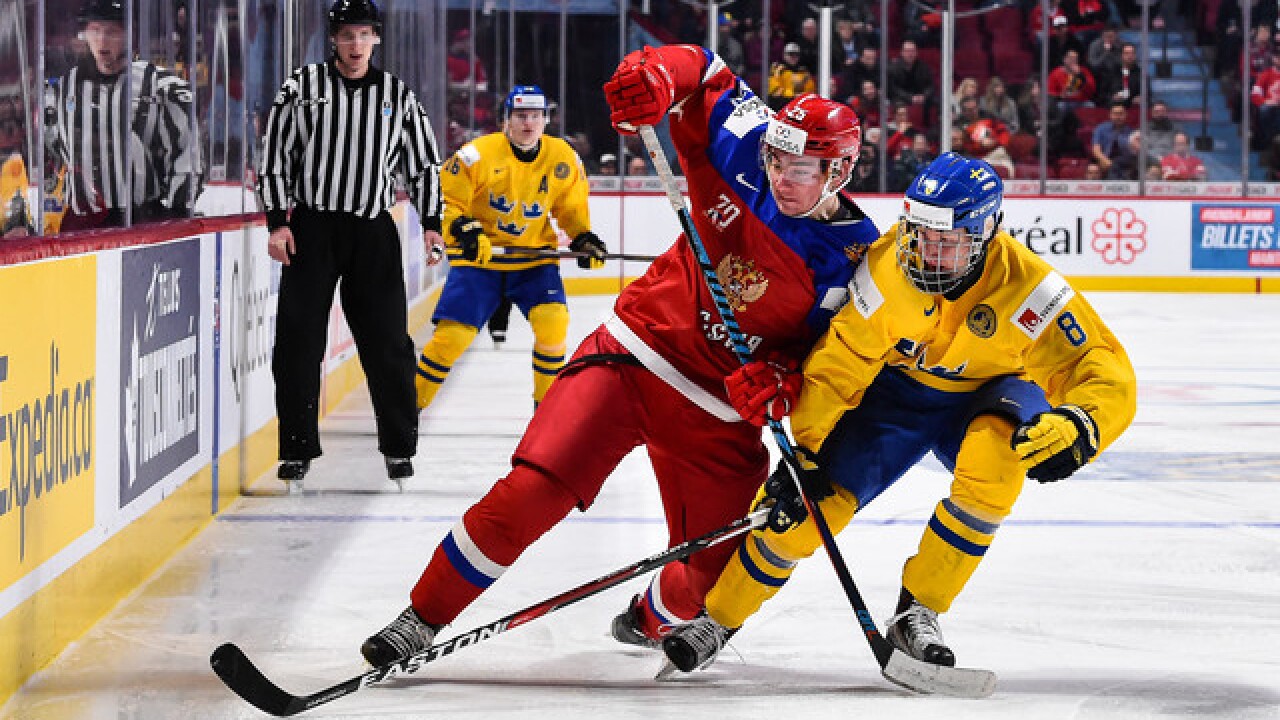 Within minutes of finding out that the Buffalo Sabres will own the No. 1 pick in the upcoming NHL Draft, the questions about coveted prospect Rasmus Dahlin started lighting up social media.

Rather than quoting a bunch of tweets, we'll answer some of the most commonly asked questions about the soon to be Sabre.

Is there any chance the Sabres pass on Dahlin?

While you can never say never, I'd guess there is a 99.99% chance the Sabres select Dahlin in the upcoming draft.

Would the Sabres consider trading the pick?

General managers from across the league will call Sabres GM Jason Botterill because they have to at least do their due diligence. But Botterill is no dummy. Finding a franchise defenseman is incredibly difficult and the Sabres were just gifted with one of the top prospects to enter the draft since the turn of the century.

Why hasn't Botterill committed to Dahlin?

This is all a game. He joked with 'The Instigators' host Andrew Peters on Monday that you still need to get fans to come to the draft. While he won't publicly say that the Sabres are drafting Dahlin, I wouldn't worry about this at all.

What kind of player is Dahlin?

"Dahlin is an exceptionally talented prospect who will be able to contribute, influence and impact a team's fortunes much in the way that defensemen Erik Karlsson (Ottawa Senators) and Victor Hedman (Tampa Bay Lightning) have in the NHL," said Dan Marr, director of NHL Central Scouting earlier this month. "If you wanted to pick one player from the 2018 draft who could potentially be viewed as a generational talent, Rasmus would be the only candidate. There is that much respect for him and his abilities."

If you've gone on YouTube and watched Dahlin highlights in the last few days you probably know all about his offensive upside. But Dahlin doesn't shy away from throwing around his body and isn't afraid to take on opponents in the corners.

"So he is a generational talent, however, his PPG totals do not reflect that? I know he's a defenseman, but I must be missing something..."

It's important to remember, Dahlin is one of the youngest players in the Swedish Hockey League. When playing against other players his age, Dahlin has averaged nearly a point-per-game.

For the third time in franchise history, the #Sabres own the No. 1 pick. Rasmus Dahlin is a generational talent & barring a massive surprise, he's coming to Buffalo. https://t.co/u6QG4Fu6kq

How do you pronounce Dahlin?

What number will Dahlin wear?

I know, I know...... You want to be the first person in Western New York with a Dahlin Sabres jersey, but let's not get ahead of ourselves. We won't know the answer to this until after he is drafted. While with Frölunda HC, Dahlin wore #26. With Sweden, Dahlin wore #8.

Unless Matt Moulson makes a triumphant return, #26 will be available. Casey Nelson wore #8 last season, but his future status is uncertain -- he's an unrestricted free agent this summer. Maybe a move to North America will mean a new number for the 18-year-old defenseman. Don't order your Dahlin jersey just yet.

"If Jack and Casey are our sweet boys...what will Dahlin be?"

How can I find out more about Dahlin?

Sportsnet did an outstanding feature with Dahlin in his hometown. The piece is narrated by Elliotte Friedman and can be found here.