Amerks swept by Crunch, season comes to an end 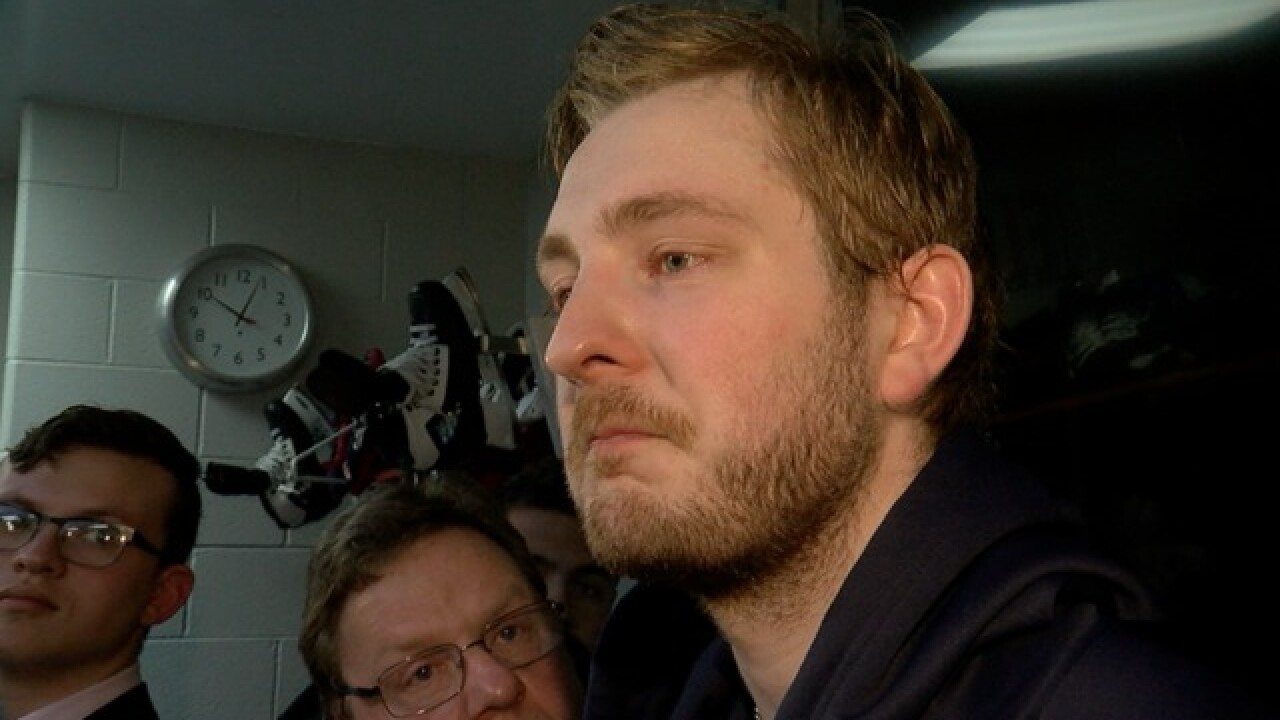 Copyright 2018 Scripps Media, Inc. All rights reserved. This material may not be published, broadcast, rewritten, or redistributed.
<p>Amerks swept by Crunch, season comes to an end</p>

Allowing 18 goals in three games certainly isn't a winning formula and the Rochester Americans learned the hard way, falling to the Syracuse Crunch 6-3 on Wednesday as their season came to an end. Syracuse won all three games in the first round of the Calder Cup playoffs as the Amerks failed to win a single game in their first postseason berth since 2014.

Very emotional Linus Ullmark as the #Amerks season comes to an end. Ullmark was named Rochester MVP by his teammates, but allowed 16 goals in three playoff games #Sabres @WKBW pic.twitter.com/8Hb0c43dil

Despite jumping out to an early game and outshooting their opponent 35-25, Rochester couldn't contain the high-powered crunch who scored three goals in less than three minutes during the second period.

After the game, Linus Ullmark, Brendan Guhle, and Kevin Porter discussed their season and Rochester and what they can build on moving forward.