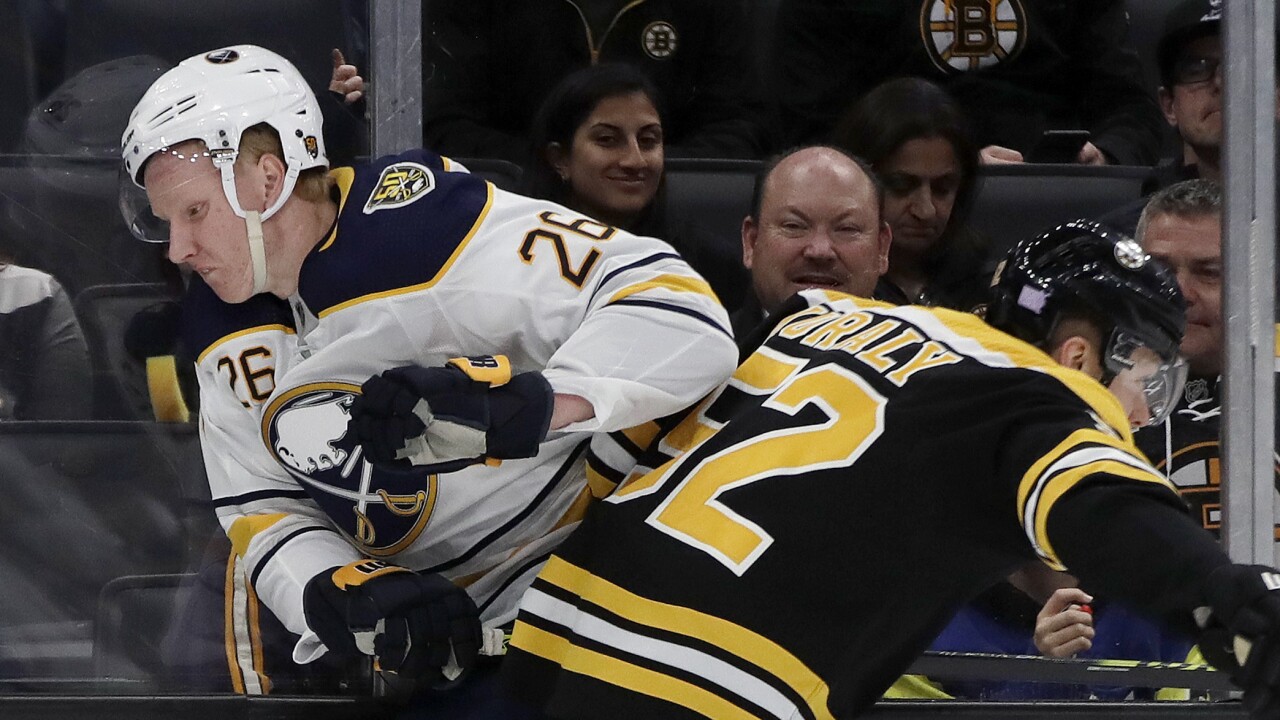 BUFFALO, N.Y. (WKBW) — Despite a solid effort, the Buffalo Sabres couldn't snap their losing streak, falling to the Boston Bruins 3-2 on Thursday. Rasmus Ristolainen and Brandon Montour scored for the Sabres, who have now lost nine of their last 10 games and slip to 10-9-3 on the season.

You're not going to win very many games when you score just two goals. During their horrendous 10-game stretch the Sabres scored just 20 goals. For those of you who struggle with mental math, that's just two goals per game. If the Sabres are ever going to turn things around -- which right now doesn't seem likely -- they need to start finding the back of the net far more often.

Two of Boston's three goals came on the power play. To the Sabres credit, they only took two penalties but the Bruins scored on both of them. The penalty kill has been a problem for the Sabres all season and with a team like Boston, the last thing you can do is allow your opponent to win the special teams battle.

It's a cruel game

Compared to some of their recent efforts, the Sabres surprisingly looked pretty good on Thursday. Buffalo jumped out to a fantastic start and outshot the Bruins 17-4 in the first period. In the final frame, the Sabres once again had the edge in shots but it wasn't enough to climb out of the two-goal deficit they were in. Most nights, an effort like the Sabres' on Thursday would be enough to at least get a point. Unfortunately for the Sabres, the Bruins haven't lost in regulation on home ice for a reason.

Remember when the Sabres had Ryan Miller and they'd steal games? That's what Tuuka Rask did for the Bruins on Thursday. Rask was the best player on the ice and he kept his team ahead, despite some solid pressure from the Sabres. His best save came in the third period, as he sprawled across the crease to stop Evan Rodrigues from scoring what looked like would be a routine goal. Instead, Rask caught Rodrigues' shot with his blocker and kept the Bruins in the driver's seat.

It's time for GM Jason Botterill to make a move. Quite frankly, it was time for a move several weeks ago. As outlined earlier, the Sabres desperately need to add someone who can score to their second and third lines. Use some defensive depth and turn it into a forward. With the losses piling up, it's now or never.