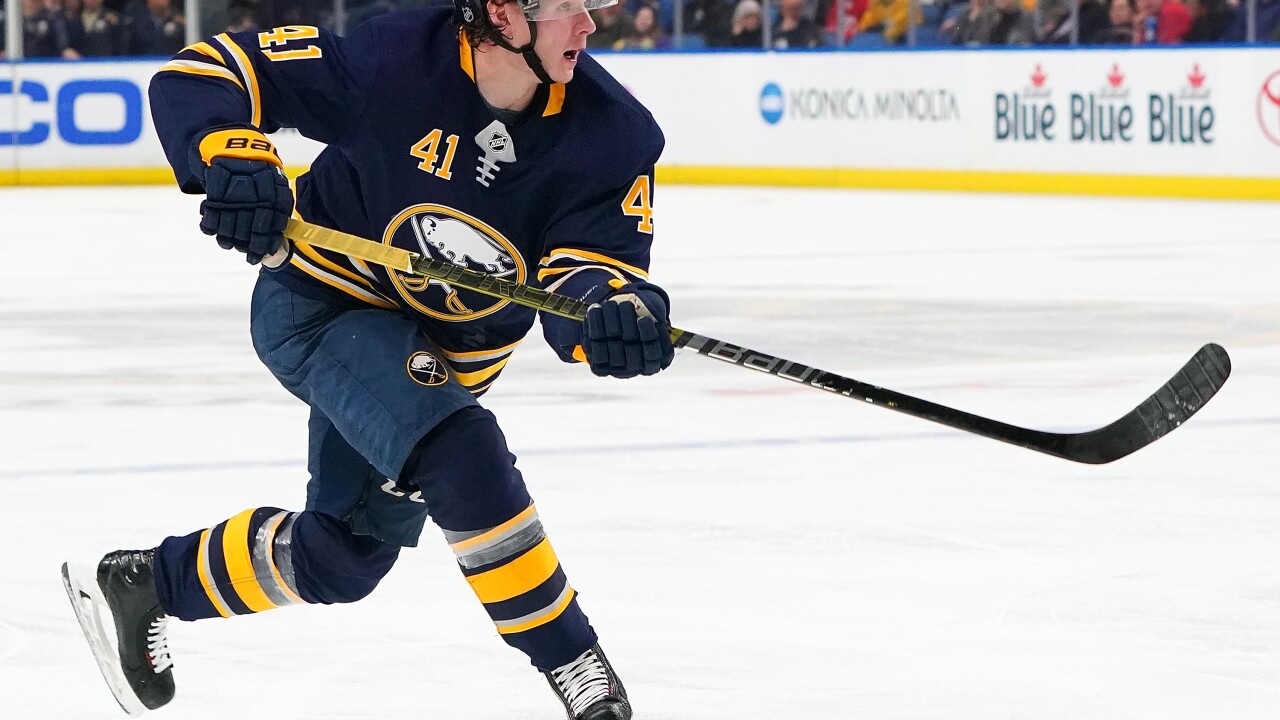 BUFFALO, N.Y. (WKBW) — Ryan Johansen scored the game-winning goal in the third period, lifting the Nashville Predators to a 3-2 win over the Buffalo Sabres. With the loss, the Sabres have now dropped eight straight games and fall to 31-39-10 on the season.

The End Is Near

Although it has felt like this season has been a lost cause for months, the end is finally near. With only two games left this season, the Sabres will look to snap their current losing streak and end with a win against Ottawa and/or Detroit. If the Sabres win against Ottawa, who currently have the fewest points in the NHL, they'll have a chance to finish the season with back-to-back wins, something they haven't done since. Dec. 11 and Dec. 13.

To say Rasmus Dahlin has had a strong rookie campaign would be a gross understatement. That said, on Tuesday he made some sloppy mistakes that are bound to happen for an 18-year-old rookie defenseman.

His most costly error came in the first minute of the middle frame when Dahlin turned the puck over at the blue line to PK Subban. The Predators defenseman was all alone after forcing the turnover and made no mistake, firing a slapshot past Carter Hutton. Was it the worst mistake in the world? Absolutely not. However, it was a play Dahlin would surely like back.

At the end of the day, Dahlin has had an exceptional start to his career. In a gloomy season full of disappointment Dahlin might be the lone bright spot. Let us use his turnover on Tuesday as a reminder that every once in a while he'll make a mistake and that's okay.

He needed that one

In the final seconds of the second period, Jeff Skinner scored his second goal in the last 23 games, a stretch where he was getting plenty of chances, just no puck luck. As pointed out by Joe Yerdon of The Athletic, during that stretch, Skinner was shooting at a lowly 1.4%, a far cry from his wicked pace to begin the season.

In the grand scheme of things, this goal doesn't do much but it does propel Skinner into the Sabres record books. With his goal on Tuesday, Skinner joins both Gilbert Perreault (1970-71) and Ray Sheppard (1987-88) for the third-most goals from a first-year Sabre [Courtesy Sabres PR]. Perhaps he'll score two more in the final two games to join the elusive 40-goal club.

I just don't get it

Referees are human and they make mistakes. There has and will always be a human element to professional sports but sometimes calls are just so bad they make you scratch your head.

That happened on Tuesday when Conor Sheary thought he scored in the second period. Instead, the goal was disallowed because the officials said the play was blown dead because of a delayed penalty. Here's the issue -- nobody on the Predators had control of the puck. After watching the replay this was obvious and the Sabres were robbed of a goal [they don't score very often]. I'm not quite sure what the solution here is but it would be nice to see the NHL admit they made a mistake. Usually, they site some nonsense rule and double down.

Phil Housley tends to feel the same way I do:

It appears that Phil Housley thinks the #Sabres were screwed pic.twitter.com/qreMS7uKQf

After Sheary's goal was disallowed the Sabres went to the power play. For about 50 seconds the Sabres applied decent pressure, but it was short-lived as they looked jumbled for the remainder of the man advantage. Minutes later, the Sabres went on a four-minute power play thanks to two penalties from Mattias Ekholm. Once again the Sabres failed to convert. If they score on either man advantage perhaps the game has a different outcome. Instead, it resulted in another loss, something that has become all too familiar.