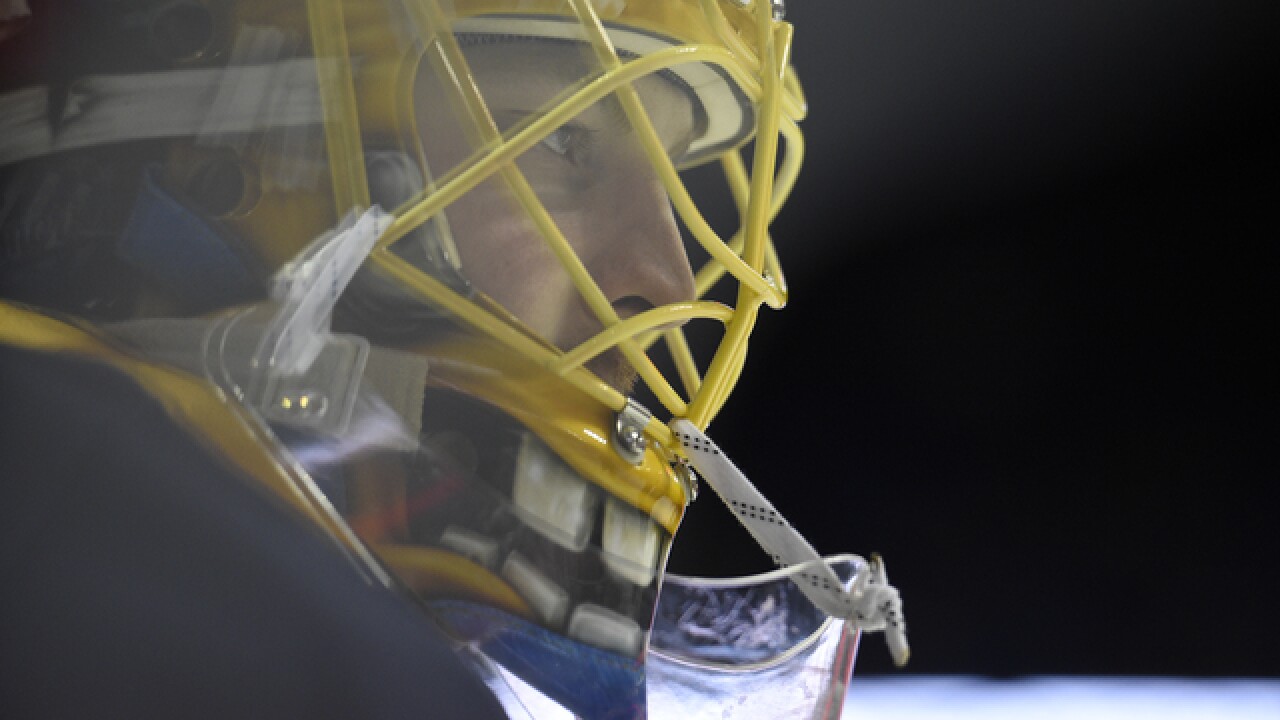 Copyright 2018 Scripps Media, Inc. All rights reserved. This material may not be published, broadcast, rewritten, or redistributed.
Tom Brenner
<p>BUFFALO, NY - DECEMBER 19: Linus Ullmark #35 of the Buffalo Sabres skates around during warmups before the game against the Chicago Blackhawks at the First Niagara Center on December 19, 2015 in Buffalo, New York. (Photo by Tom Brenner/ Getty Images)</p>

When the Nashville Predators came to town last season Phil Housley was on the visitors bench coaching up the defensemen. For the first time since he was named head coach of the Buffalo Sabres, Housley coached against his former team. The outcome certainly didn't go how Housley had hoped, as the Predators shut out the Sabres 4-0.

How many times have we said this season that the Sabres didn't do a good enough job getting pucks to the net? That wasn't the case on Monday, they just ran into a Vezina candidate.

I asked P.K. Subban about his former coach Phil Housley & the #Sabres struggles this season. He said it's only a matter of time until they turn things around @WKBW pic.twitter.com/PKt2Ng86kV

Buffalo actually outshot Nashville 35-32, but Pekka Rinne was stellar. He was only beaten twice, and on both occasions, the Sabres' shots rang off the post. Sometimes you just run into a hot goalie, and that's what happened to the Sabres on Monday.

Jack Eichel was much more noticeable against the Predators than he was in his first game back on Saturday. In the first period, Eichel made one of the best defensemen in the NHL, P.K. Subban, look like he was frozen in time.

All night Eichel was flying up and down the ice and creating scoring chances. Sure, there is still some rust but Eichel had a nice night.

Right now we'll call the Justin Bailey - Evan Rodrigues - Nick Baptiste the Rochester line because all three have spent time down on the farm this season. It's a weak nickname, but who knows how long they'll keep them on the same line.

Together the trio has been dynamite, albeit a very small sample size. Their dominance was especially noticeable in the first period, creating chances and drawing a penalty because of pure speed. With only 10 games left in the season, Housley should keep the trio together and see if this is a combination that could work next season.

Despite picking up the loss and allowing four goals in his second game with the Sabres this season, Ullmark was solid from start to finish. He looked confident in the net and made a few very nice saves. On the goals he allowed, there really wasn't much Ullmark could do (aside from the last goal). The first Nashville goal was a deflection with a ton of traffic in front of the net and some questionable goaltender contact. Moments later the Preds doubled their lead with a sloppy play by the Sabres, who failed to clear the zone after Ullmark made the initial save on a 3-on-1.

Add Phil Housley to the list of people who have no idea what goaltender interference is #Sabres @WKBW pic.twitter.com/tXjpnZadgP

After the game, Housley said he was very happy with how Ullmark played, despite allowing four goals. Add Housley to the list of people in hockey who have no idea what goaltender interference is anymore.

It's the final countdown

It's hard to believe but the Sabres have only ten more games this season. The nightmare year is nearly over -- so what should we look for down the stretch? I'd expect a pretty significant look at Ullmark, and maybe a recall for Alex Nylander. The biggest storyline will, of course, be #MittelstadtWatch as we wait to see if he is signed by the Sabres.