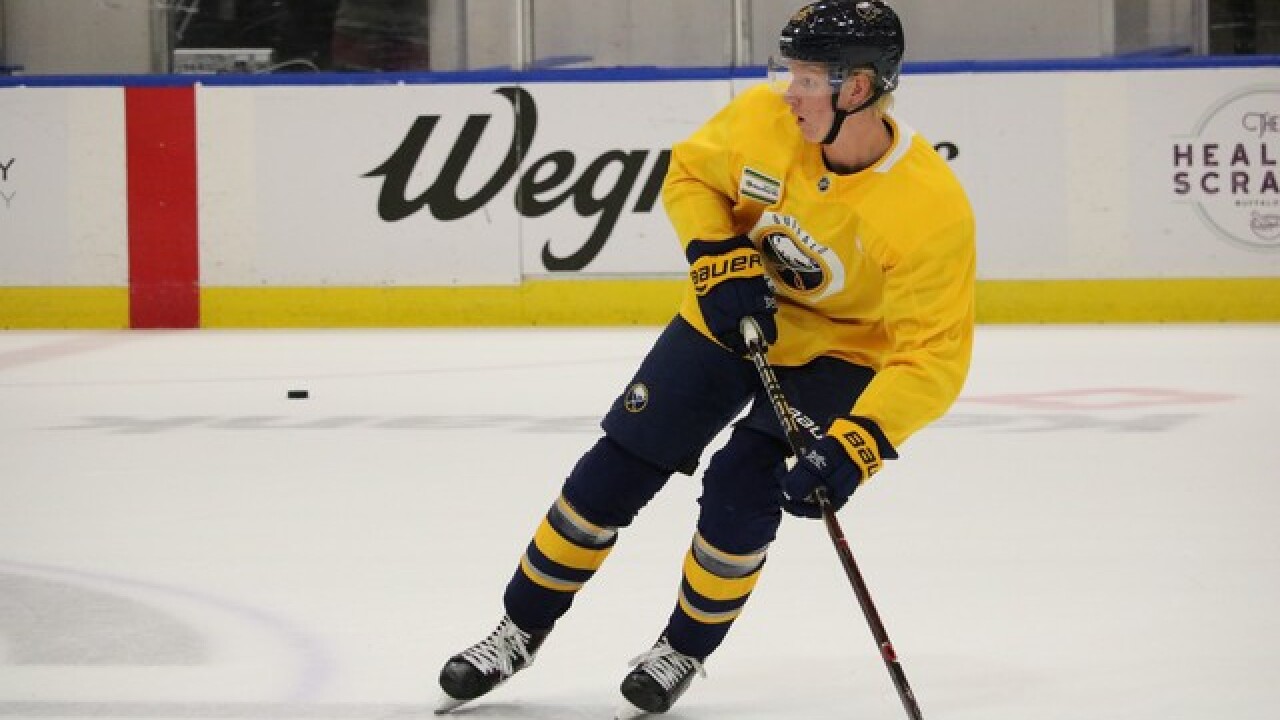 Copyright 2018 Scripps Media, Inc. All rights reserved. This material may not be published, broadcast, rewritten, or redistributed.
<p>Rasmus Dahlin has strong outing at Sabres development camp</p> 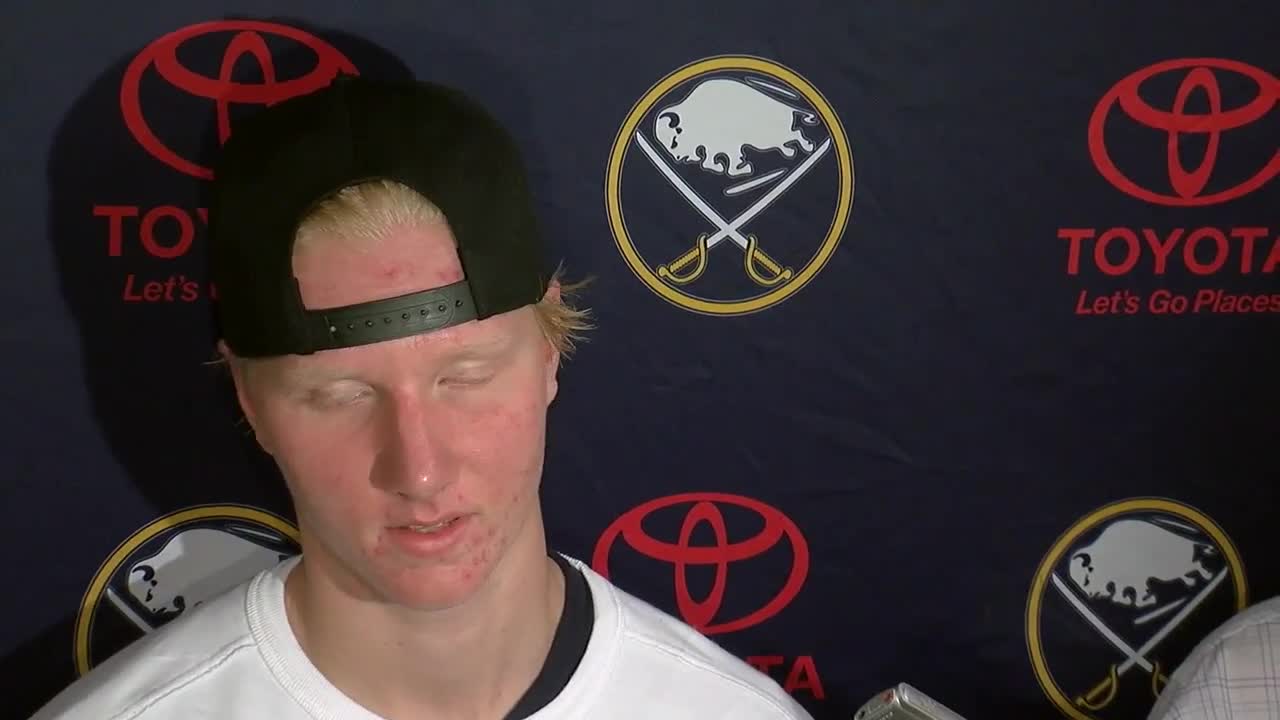 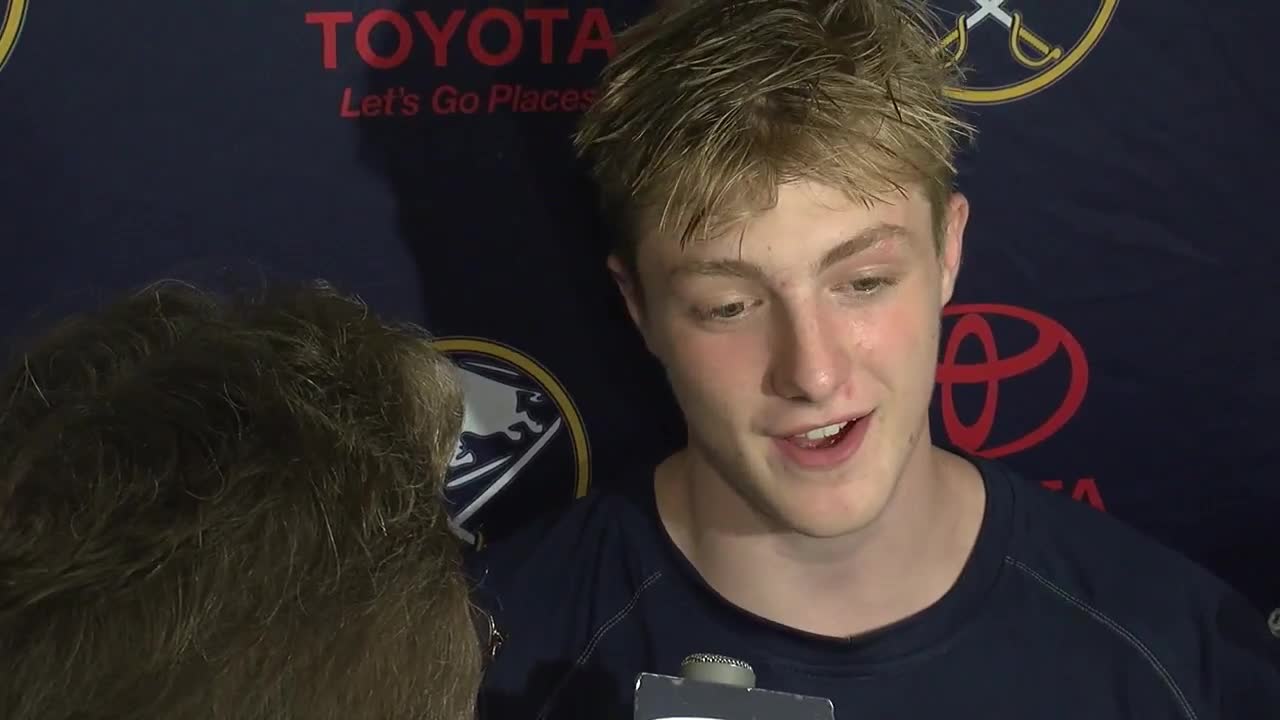 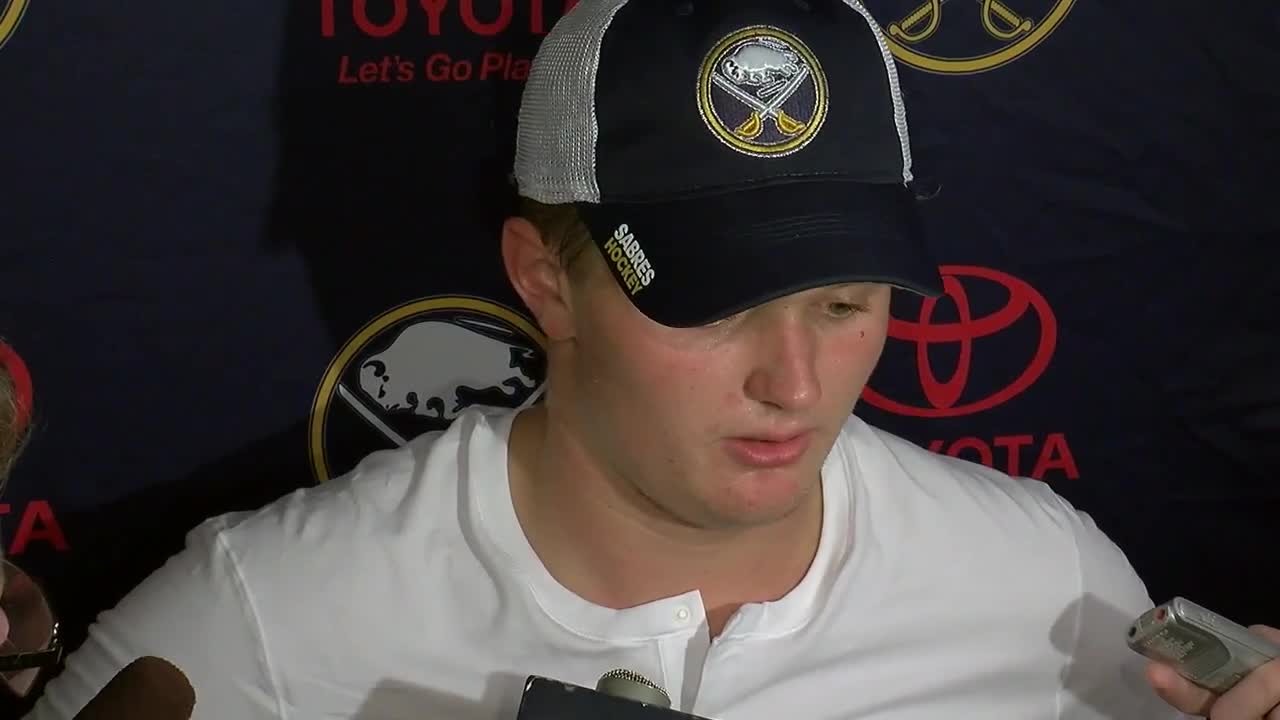 Just like that, 2018 Sabres development camp has come to an end. As to be expected, some players stood above the rest while others left more to be desired.

All eyes were on 2018 No. 1 pick Rasmus Dahlin but 2017 top pick Casey Mittelstadt stole the show. In the second half of Saturday's 3-on-3 tournament, Mittelstadt took his game to another level. For the second straight development camp, Mittelstadt hoisted the French Connection Tournament trophy, sealing the win with the game-winning goal in a sudden death shootout. As far as I'm concerned, Mittelstadt was the most impressive player at camp this week.

Mittelstadt's goal before he spent the rest of the session trying to get under Pekar's skin & make him look silly #Sabres pic.twitter.com/9ekxkwNE43

While Mittelstadt earns our MVP honors, Dahlin still had an outstanding week. Whether it was scoring on almost every shot he took on Wednesday or plastering Matej Pekar on Friday, it seemed like every day he did something to bring fans to their feet. What was most evident during the four-day camp was how effortlessly the 18-year-old defender moves with the puck. During the 3-on-3 tournament, Dahlin failed to score a goal, but he made several plays no one else on the ice can make. Four days is a small sample size but Dahlin is the real deal.

It didn't take long for Matej Pekar to become a fan favorite. During the 3-on-3 tournament, he was constantly going after Mittelstadt and anyone not wearing a gray jersey.

"I love to be the annoying guy, the annoying rat that just keeps getting under guys skin," Pekar said with a smile. "It's kind of my game too."

Take a few minutes to watch his entire interview at the top of the page. You won't regret it.

Not an evaluation camp

On three separate occasions we were told by GM Jason Botterill, assistant GM Steve Greeley and Amerks GM Randy Sexton that development camp is designed to help get to know prospects, not evaluate their skill. Moral of the story -- some players had strong weeks and others didn't. At the end of the day, if that's truly how they feel, roster spots aren't won or lost in June. That said, it was hard not to notice some of the players who stood out. In no particular order, here are some of the players I thought impressed this week:

*chances are, I'm forgetting someone on the aforementioned list*

Four straight days of nearly capacity crowds at HARBORCENTER to watch prospects in the middle of June. Every player we spoke with this week brought up the incredible fan support. Things haven't gone well but once again, you showed out.