Report: Gronkowski hired by FOX to appear as analyst on NFL Sunday 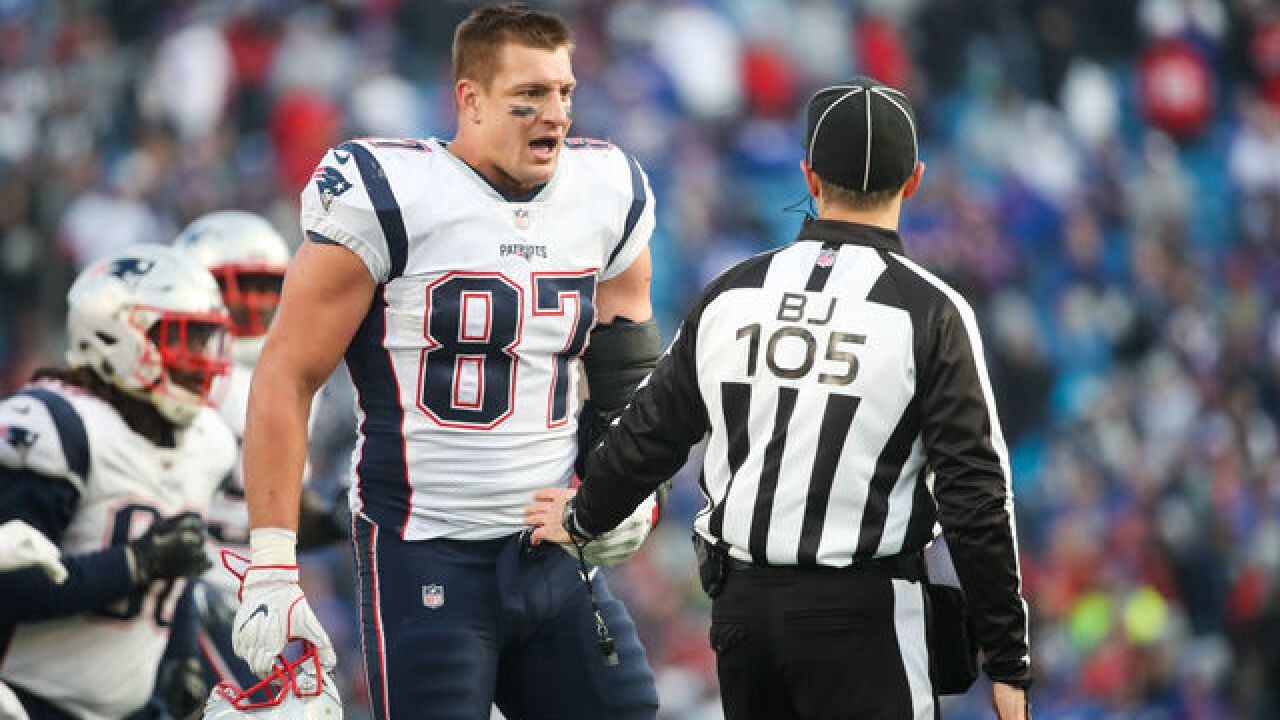 Copyright 2017 Scripps Media, Inc. All rights reserved. This material may not be published, broadcast, rewritten, or redistributed.
Tom Szczerbowski
<p>ORCHARD PARK, NY - DECEMBER 3: Rob Gronkowski #87 of the New England Patriots talks with back judge Dino Paganelli #105 during the fourth quarter against the Buffalo Bills on December 3, 2017 at New Era Field in Orchard Park, New York. (Photo by Tom Szczerbowski/Getty Images)</p>

(WKBW) — Western New York native and former Patriots TE Rob Gronkowski retired from the NFL in March, but after a few months out of the game, he's about to go to work on Sundays again.

According to NFL Network's Ian Rappoport, Gronkowski has been hired by FOX to appear on FOX NFL Sunday.

Former #Patriots TE Rob Gronkowski is coming to a TV near you: Sources tell me and @MikeGarafolo that Gronk has been hired by FOX to appear as a regular analyst for FOX NFL Sunday. A dynamic role for future Hall of Famer.

Gronkowski brings nine years of NFL experience to the role, with many believing he'll be in the Pro Football Hall of Fame in Canton, Ohio someday.

Gronkowski grew up in Williamsville, playing briefly for Williamsville North High School. He played college football at the University of Arizona. He recently returned to Western New York to donate $50,000 to Oishei Children's Hospital from Gronk Nation Youth Foundation, an organization he runs with his four brothers.