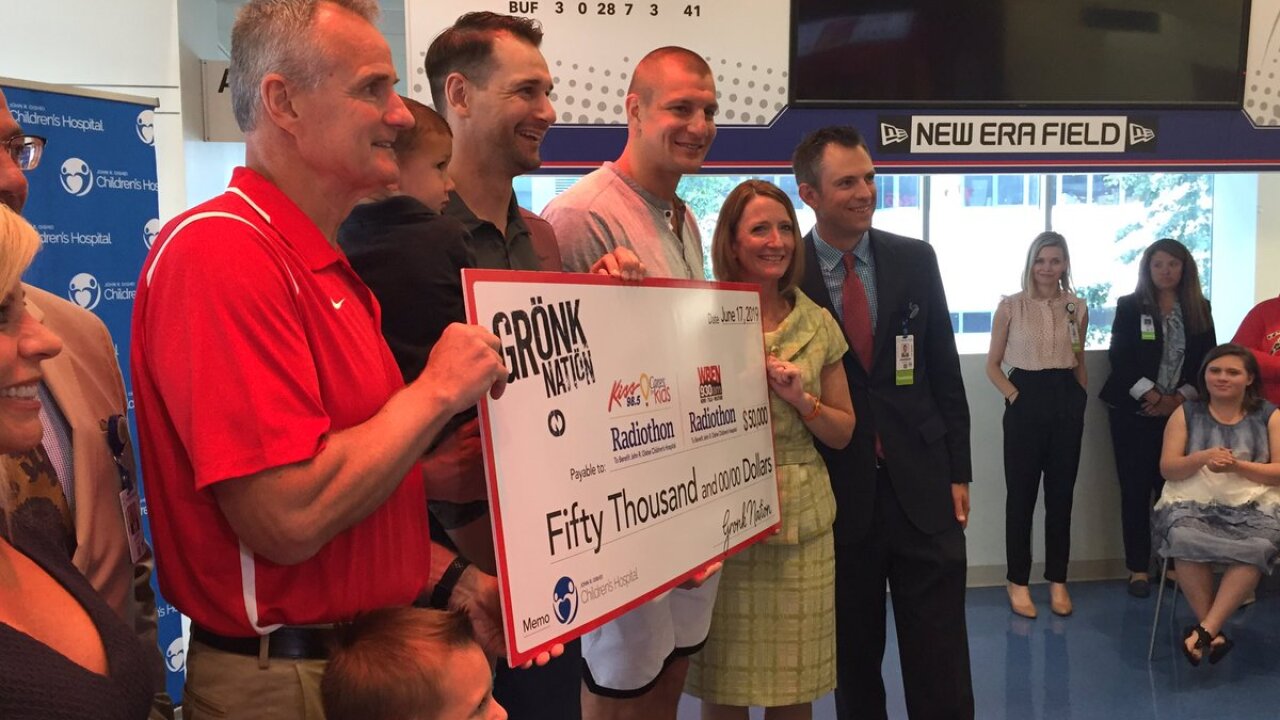 BUFFALO, N.Y. (WKBW) — Kids at Oishei Children's Hospital are getting a boost today from a former NFL tight end.

Rob Gronkowski and his four brothers visited the hospital today to present a $50,000 donation from Gronk Nation Youth Foundation.

Gronkowski has been in Western New York all weekend.

The Western New York native was drafted by the New England Patriots in 2010. He won three Super Bowls with the Patriots.