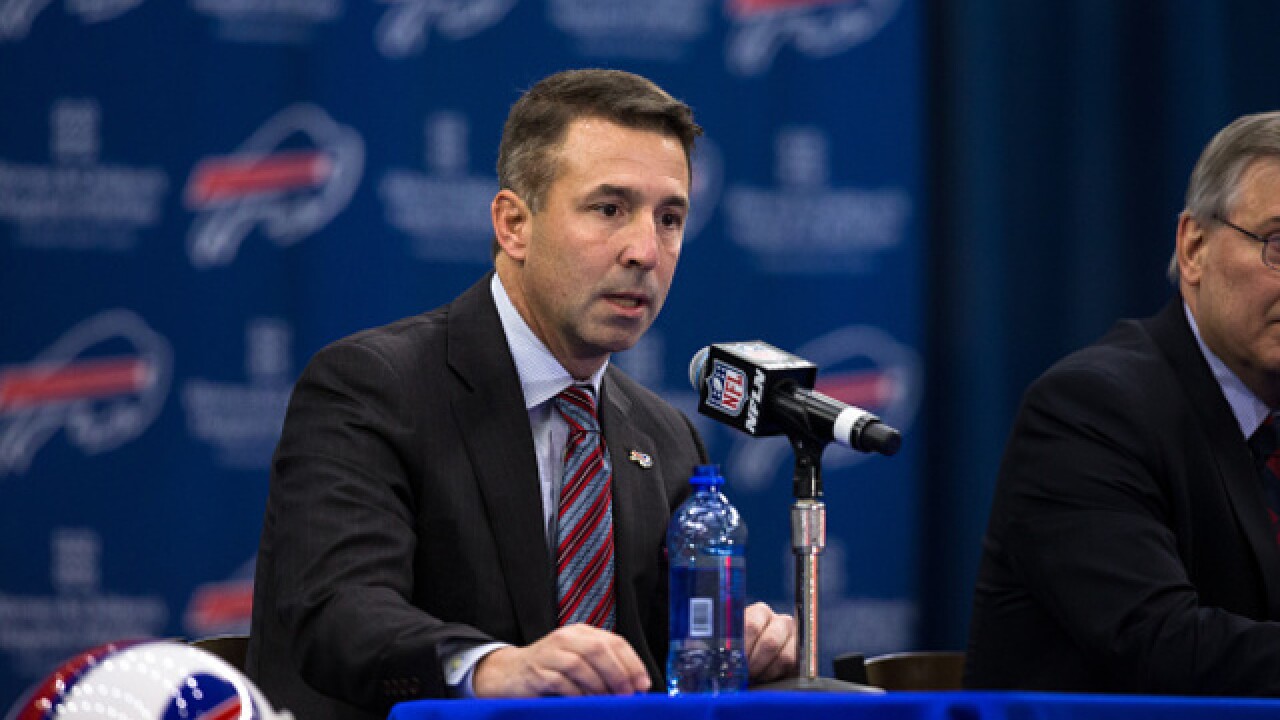 The National Football League is commenting for the first time on the sudden departure of Buffalo Bills and Buffalo Sabres President Russ Brandon.

"We will discuss the matter with the club and make a decision in the next few days about what, if any, further steps we will take," the NFL told 7 ABC on Thursday.

Brandon resigned from his positions with the Sabres and Bills on Tuesday after nearly 20 years in the front office at One Bills Drive.

According to The Buffalo News, Brandon resigned after Pegula Sports and Entertainment launched an internal investigation into allegations of misconduct and workplace behavior.

"We have a tremendous amount of confidence in the strong leadership we have built within each of those entities over the last several years," said a statement from the Pegulas. "Our focus remains on building championship teams on and off the field for our fans and community."

On Tuesday Brandon released this statement to 7ABC.

"I have been contemplating transitioning out of my role for some time. My goal when the Pegula’s purchased the franchise was to reach 20 years with the Bills in which I achieved this past November. Given where we are from a timing standpoint, particularly with the conclusion of the NFL Draft, now seems like the time to make that transition. As grateful as I am for the amazing experience and the incredible people I’ve had the privilege to work with the past two decades, I am just as anxious for the professional opportunities that lie ahead."

Kim Pegula will step into the role of President of the Bills, Sabres and PSE effective immediately. Terry Pegula will continue to oversee team operations.