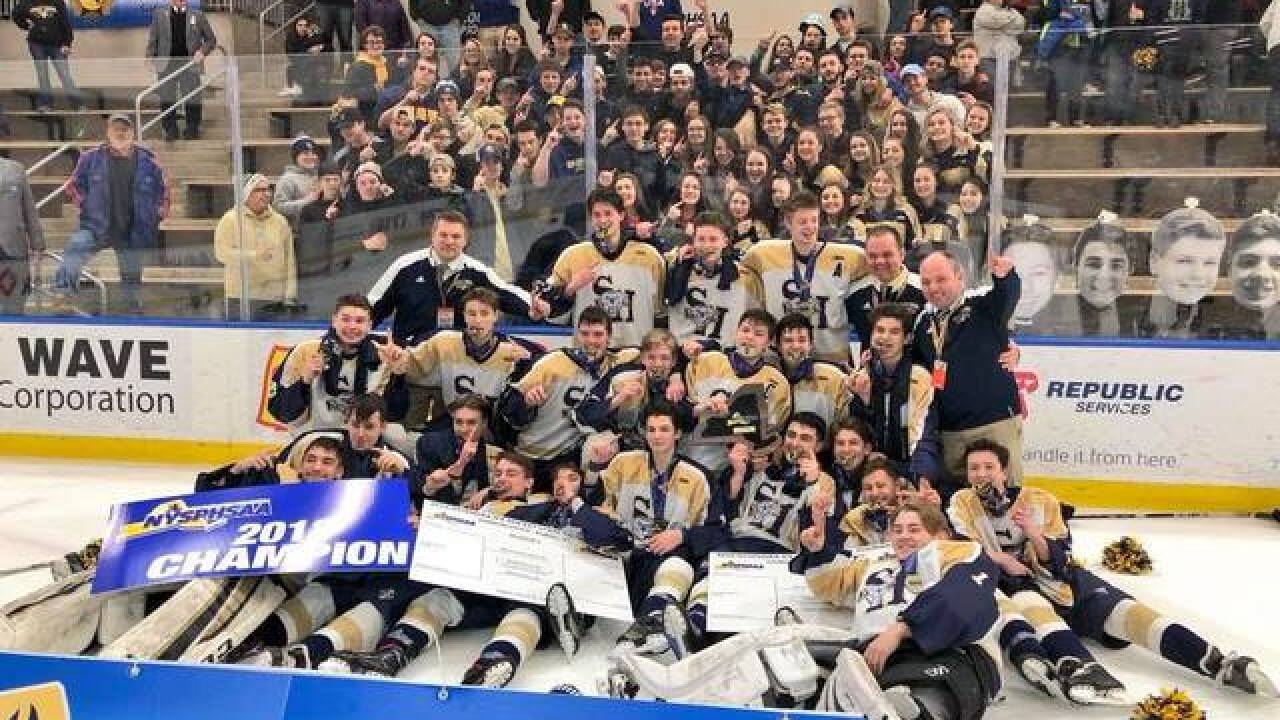 "It's the best feeling in the world, everyone counted us out and we're here, we won it." @SHVarsityHockey @WKBW @jennacallari pic.twitter.com/gajzH0Z01R

"It finally happened, to a great group of guys I've had for four years," Sweet Home coach Dave Gerspach said. "It couldn't happen to a better group."

.@SHVarsityHockey scored SIX straight goals, four of which came on the power play. They are one period away from a state title. Sweet Home 6, West Seneca West 3 @WKBW @jennacallari @IcingTheFed @NYSPHSAA pic.twitter.com/nAYbCGKmd6

West Seneca West jumped out to an early lead, only for the Panthers to swarm back and score the next six goals unanswered. Five of Sweet Home's seven goals came on the power play.

"It's crazy, it's the best feeling in the world," assistant captain Joseph Torrillo screamed. "Everyone counted us out and we're here, we won it!"

For the Panthers, this was about redemption after falling to West Seneca West in the Section VI championship game nearly two weeks ago. Despite the loss, Sweet Home was granted an at-large bid into the state tournament.

"We're a family," Torrillo added. "We go down 2-0, we bounce back, score six in a row, it's just a great feeling. There was no stopping us tonight."