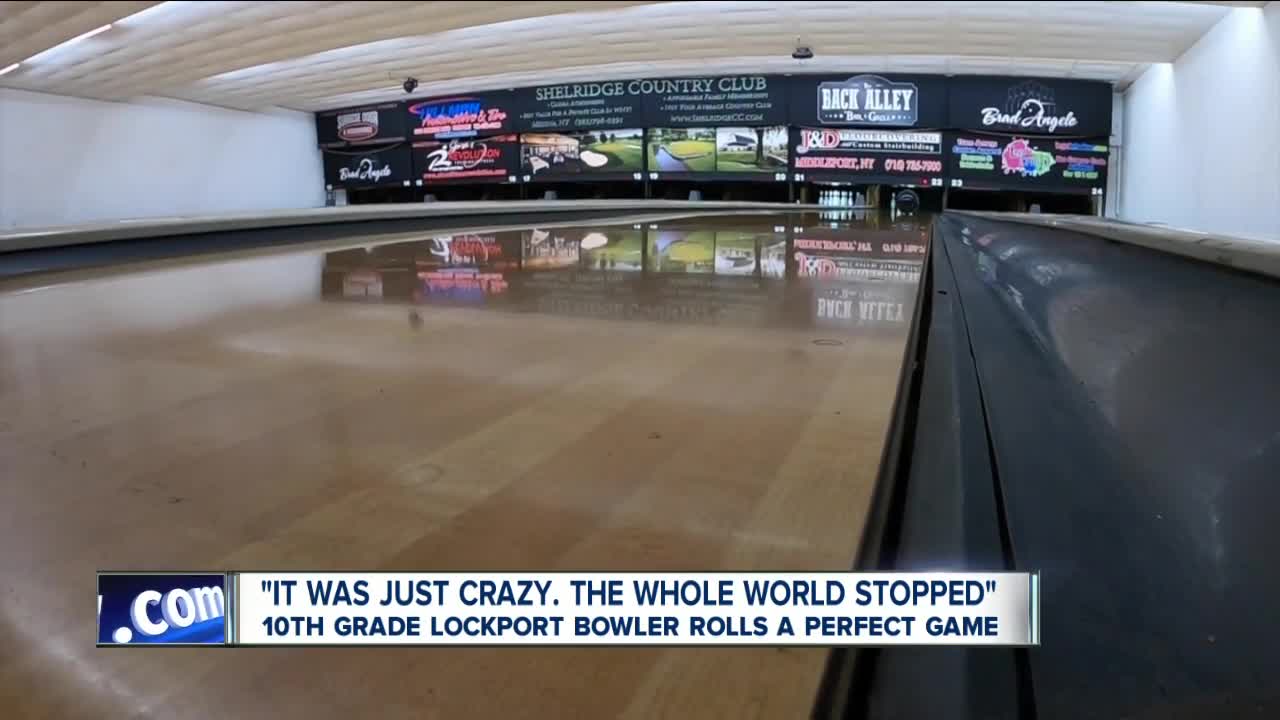 Peyton Anderson tallied a perfect 300 for the Lions-- that's twelve consecutive strikes-- to lead the Lions over the previously-undefeated Niagara Falls Wolverines. 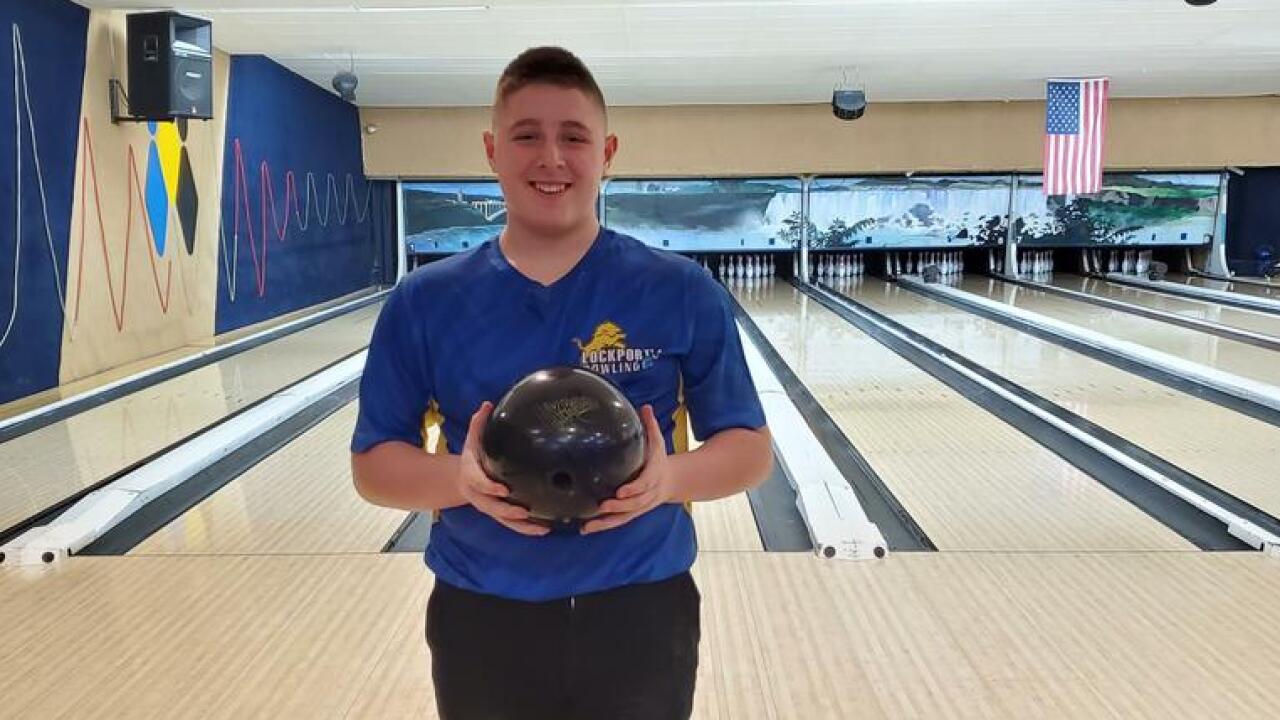 LOCKPORT, N.Y. (WKBW) — It's safe to say Brad Angelo Lanes in Lockport is a second home for Peyton Anderson. It's the home lanes for the Lockport High School Varsity bowling teams where Peyton is a captain.

The 15-year-old started bowling not long ago, following in his dad's footsteps. His dad gifted him a bowling ball five years ago.

"If I never got that bowling ball for Christmas, who knows. I would never be a bowler," Peyton said.

During the season, he hits the lanes for practice with the team every day. Even in the off season, you can still catch him perfecting his game at least twice a week.

But the peak of his young career thus far was when Lockport went up against long-undefeated rivals Niagara Falls High School on Thursday. It's where the Lockport High School sophomore bowled a perfect game in his team's victory over Niagara Falls Wolverines.

Peyton tallied a perfect 300 for the Lions-- that's 12 consecutive strikes-- to lead the Lions over the previously-undefeated Niagara Falls Wolverines.

"It was just crazy. The whole world stopped," he said.

His coach, Jennifer Sullivan added, "When we get our bowlers out here bowling great games, it makes young kids say, 'If he's a 10th grader, I can come out and bowl a 300.' "

His team is now headed to the Section VI tournament, which starts next Wednesday at AMF Airport Lanes in Cheektowaga.