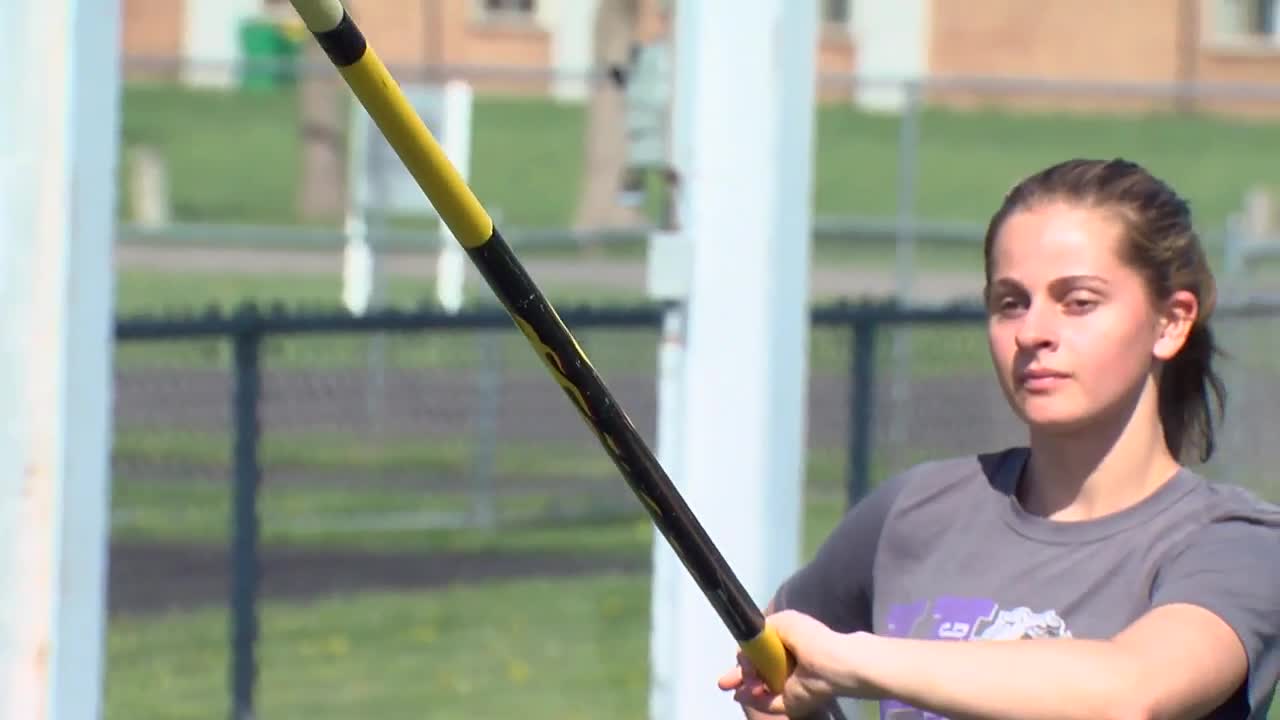 HAMBURG, N.Y. (WKBW) — Hamburg senior Ellie DeLucia knows that to take flight, she has to put her best foot forward.

"You just have to be confident, know your steps, get your mark and you'll be good," she said.

Ellie first picked up the sport as a freshman which isn't an easy thing to do.

"You have to have that ambition and that desire to do something that's exciting," she said. "But also a little scary."

It's even scarier when you can't see the bar.

"You are only as limited as you allow yourself to be," she said.

"If she (DeLucia) can do this, you can do anything," added Hamburg coach Chuck Mancabelli.

Ellie is legally blind. She lost most of her sight after doctors discovered she had a brain tumor as a kid, but that hasn't stopped her. She's been overcoming obstacles both on and off the track ever since.

"My coach showed us a video of a completely blind pole vaulter named Charlotte Brown," she said. "That's when I told myself, yeah you're going to do this."

So how does Ellie know when to jump? She counts her steps. After five of them, it's time for take-off.

"She's figured out techniques to make sure she's doing it right and she gets over," her mother Brooke said. "We hold our breath and then clap really loud when it's over."

If learning to pole vault wasn't impressive enough, Ellie is number three in her class. She plans to study special education with a focus on teaching visually impaired students.

"As hard as it is to see her go out in the world and go off to college you know five and a half hours away and become independent, I have no worries," Brooke said. "She's so driven and smart and motivated, I know that whatever she does she's going to be successful at it."

As the track season comes to an end and a new chapter begins, Ellie has some advice for whoever is willing to listen.

"Do not define a person by their background or their disability," she said. "The only person who defines you, is you."