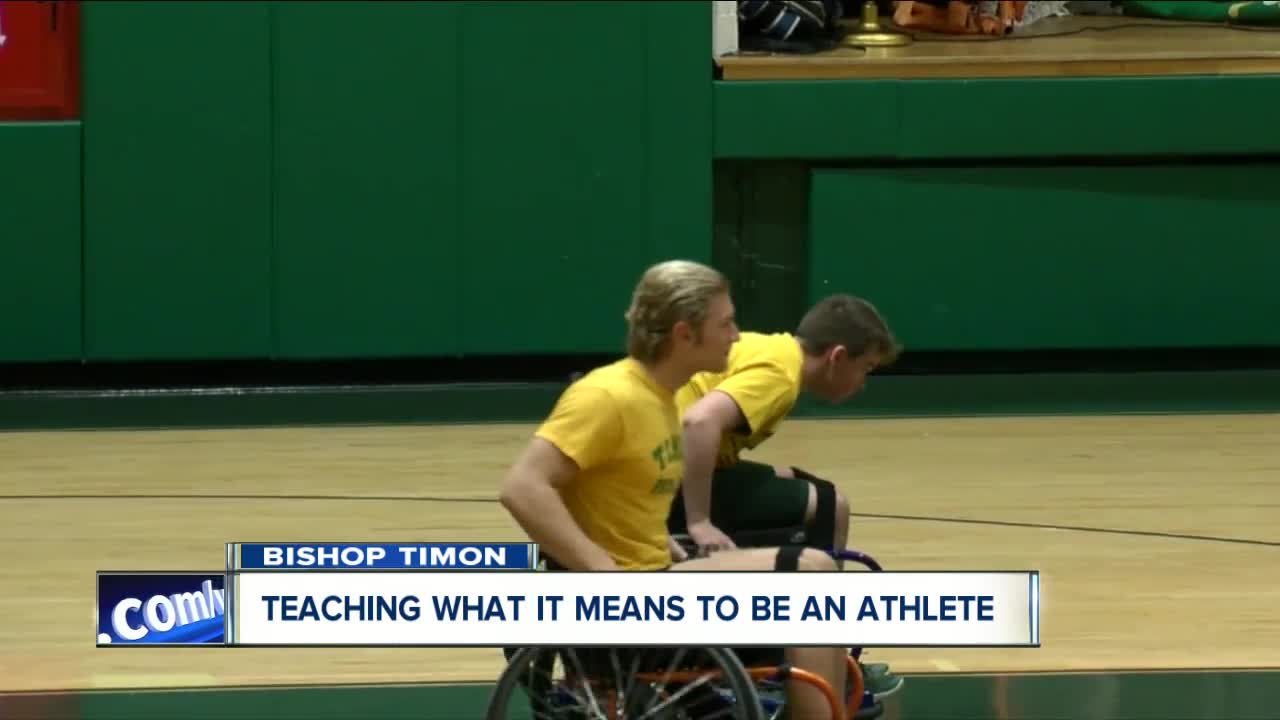 Teaching what it means to be an athlete

But these days, he's trying to change the perception of the word.

"People see LeBron James going and dunking a basketball and think that's the only type of athlete there is, but that's not true," Licata said.

He is now the athletic director at Bishop-Timon in South Buffalo.

"I thought it was important so everyone had a respect for what the term athlete means."

It's an idea he had after taking an adaptive physical education class at Canisius. He tried it and knew it would be something his students would love.

As for the students, it took some getting used to.

After a while, the students started to love it. So Licata had to get in on the action.

"Every time there is an odd number, I always hop in and I take it a little too serious I think, some of the kids get mad when I get out there but it's a ton of fun, I love playing....good pass......the first-year was a slam dunk.......and the hope is that soon more people will know what it *really means* to be an athlete."