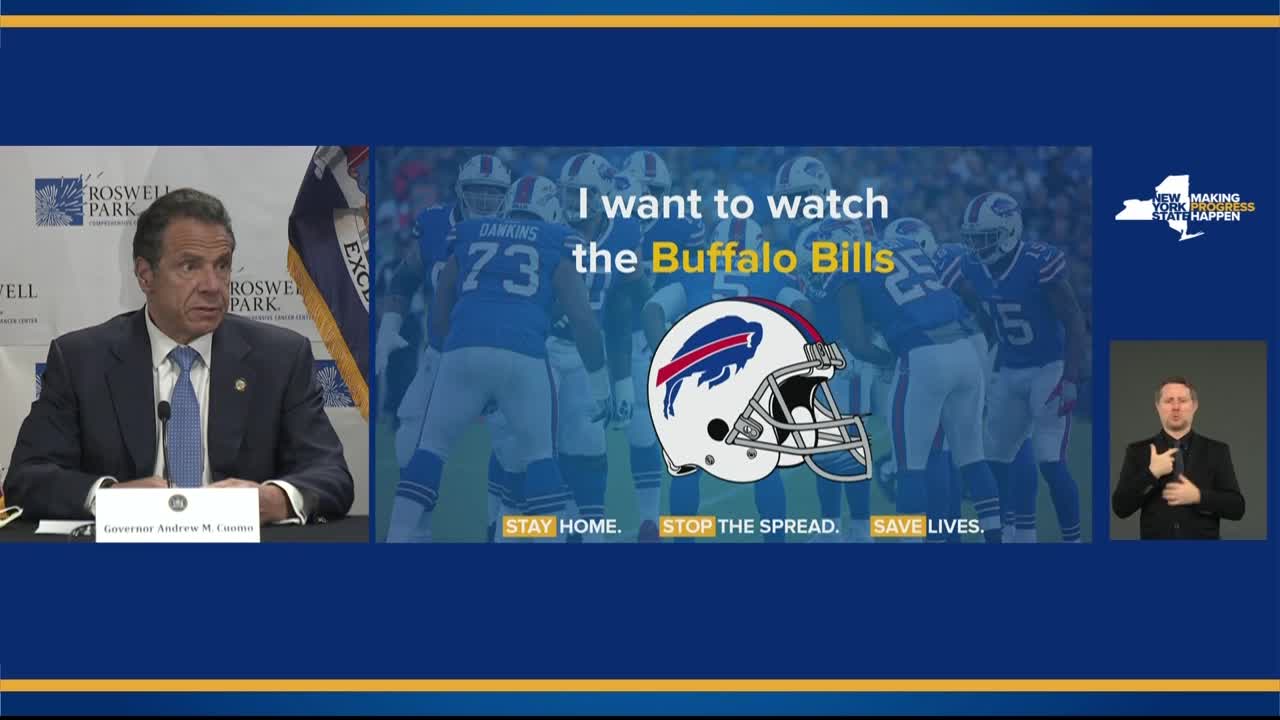 Governor Cuomo says sports teams should develop a plan to reopen without fans. 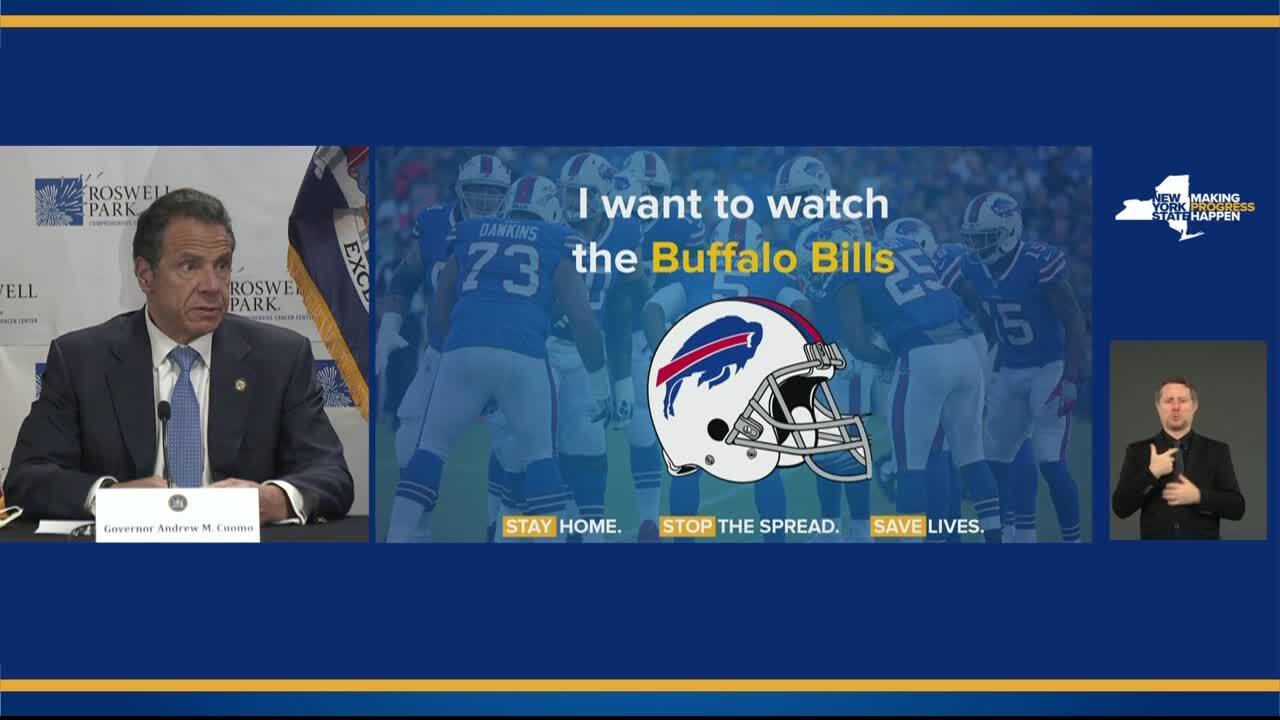 BUFFALO, N.Y. (WKBW) — In his daily briefing on Monday, Governor Andrew Cuomo announced he was encouraging major sports teams in New York State to plan to reopen without fans in the stands.

The governor added that New York State would offer help developing those plans, and that games could still be televised.

Locally, the plan could affect the Buffalo Bills and Buffalo Sabres, along with other pro sports teams including the Bisons, Bandits and Beauts.

The announcement could feel like a blow to Bills fans, who are anxiously awaiting a season in which four primetime games are scheduled-- the most since the Jim Kelly era. Two of those games will be played at New Era Field.

For the Sabres, the effect of Governor Cuomo's announcement is less clear. The NHL season was put on hold as states began to shut down in March. The league and the players' association-- the NHLPA-- are still working to reach an agreement on what the playoffs will look like before resuming the season.