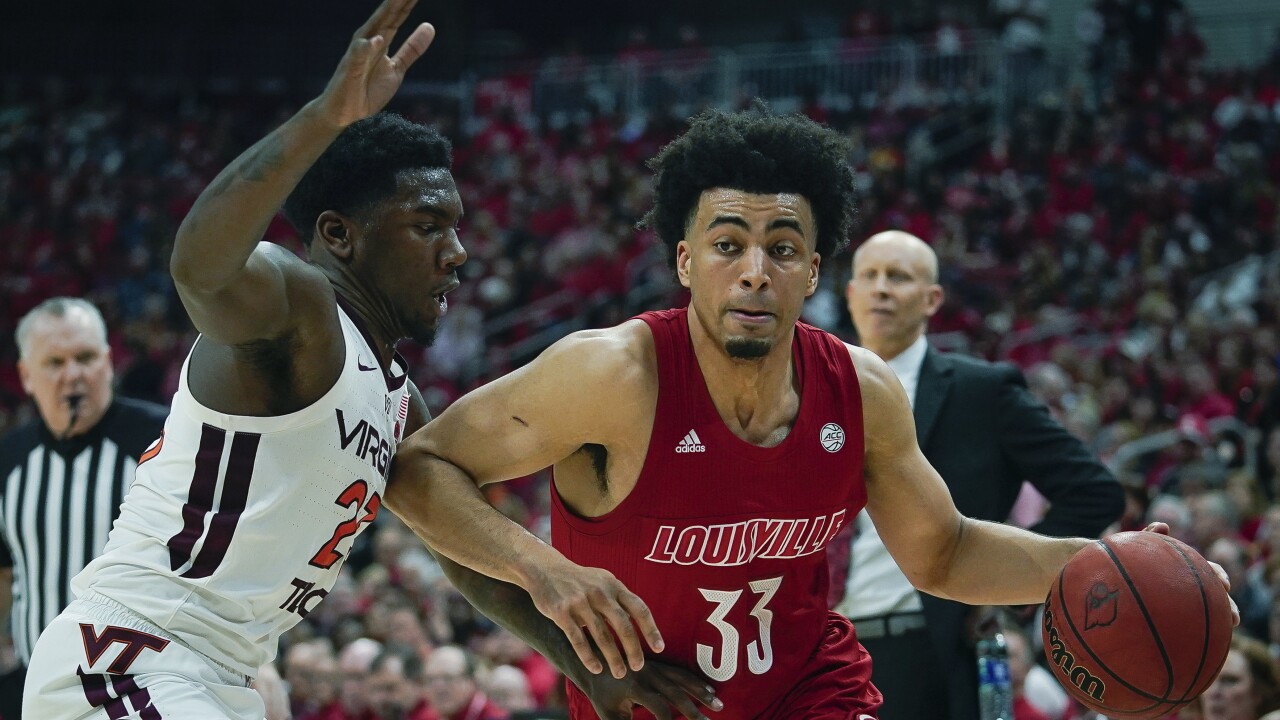 "I will be entering the NBA Draft," Nwora tweeted as part of a statement on Monday. "I will proudly represent Louisville wherever I go."

Nwora, a 6-foot-7, 225-pound forward, averaged 18 points and nearly eight rebounds a game as a junior. He was named First-Team all ACC after the regular season.

Born and raised in Buffalo, Nwora was a star at The Park School in Snyder before heading to a school in Vermont for his senior season.