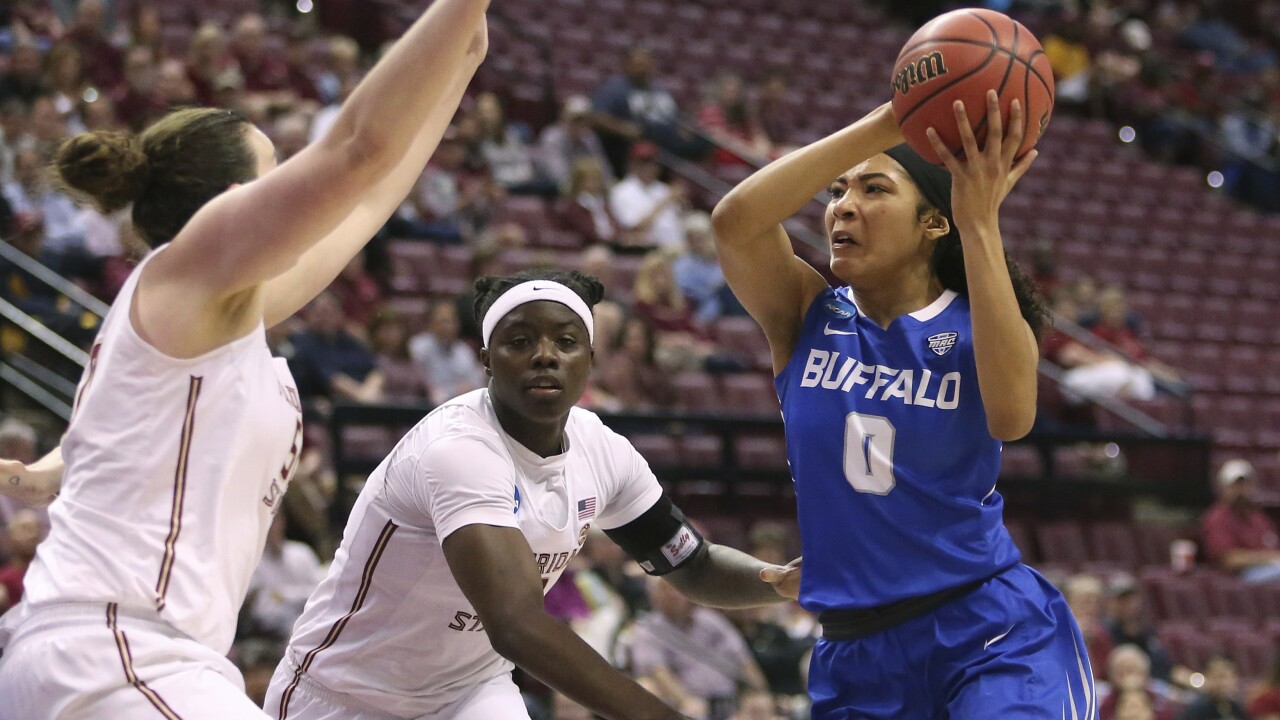 AMHERST, NY (WKBW) — Two UB women's basketball players are earning some much deserved recognition. Sophomore Dyaisha Fair and red-shirt senior Summer Hemphill have both been named to various preseason watch lists, weeks before the regular season is set to begin.

Fair has been named to the Becky Hammon mid-major player of the year award. Fair is coming off an impressive freshman year where she finished the season ranked 4th in scoring, 3rd in final points, 20th in steals per game, and 21st in total steals. She also finished in the top 10 in nine different UB stat categories for single-season records. This is the second preseason watch list for Fair who was also named to the Nancy Lieberman Award watch list on Monday, which honors the nation's top point guard.

Hemphill has been named to the Cheryl Miller Award watch list, which recognized the nation's top small forward. Hemphill had her season cut short last year before it even began, suffering a season-ending leg injury. The Cardinal O'Hara alum is currently tied for 10th on UB's all-time rebounding list [759] and is nearing 1,000 career points [918]. If she scores 81 or more points this season, she'll become just the second player in program history to record 1,000 career points and 1,000 career rebounds.