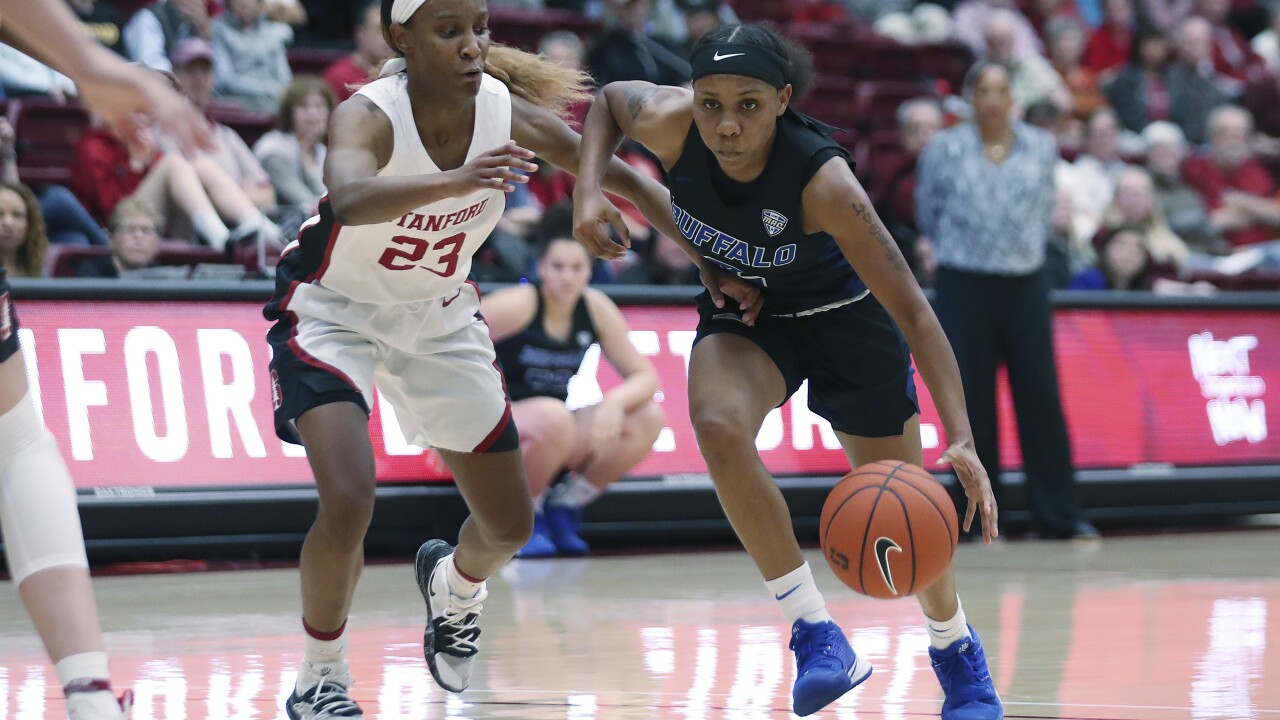 BUFFALO, NY (WKBW) — Coming off an impressive freshman year with the University at Buffalo women's basketball team, Dyaisha Fair is getting national recognition. The sophomore guard has been named to the Nancy Lieberman Award watch list which honors the nation's top point guard in Division-I.

According to the league, candidates who are considered for the award "exhibit the floor leadership, play-making and ball-handling skills of Class of 1996 Hall of Famer Nancy Lieberman".

"To have Dyaisha mentioned with the others on the list as someone who emulates Nancy says a lot about our young woman from the state of New York," coach Felisha Legette-Jack said in a press release. "Dyaisha is a joy to watch every day in practice. She shoots it well, gets to the basket, rebounds, she does it all. I truly believe she is one of the best players I've coached at any level."

In her first season with the Bulls Fair ranked fourth in the nation in scoring [22 points per game]. She also ranked third in points [660], and 21st in steals [83].

Fair is one of three Mid-American Conference players on the list.