Bulls will play a six-game schedule 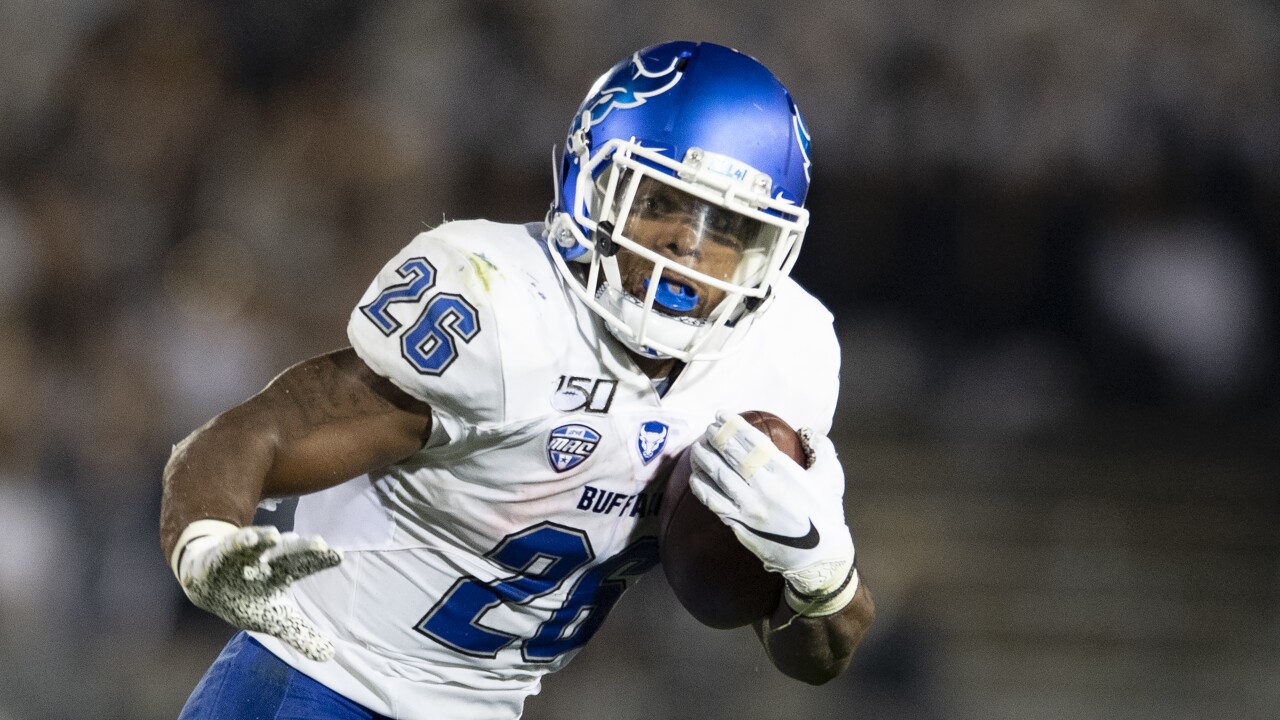 About a week after the Mid-American Conference reversed their decision and decided to have a fall football season, the UB Bulls were back on the practice field Monday morning. It was the team's first practice since the announcement as they get ready for a shortened 2020 season.

"I felt like a little kid about to play a pee-wee football game," running back Jaret Patterson said. "Seeing guys run around, playing football, it felt real great and I know the team was really excited for the first day. We're not going to be taking it for granted."

"We're waiting for those little bits of normalcy, whatever the new normal will be as we move forward," coach Lance Leipold said. "But to see us line up and run plays, it was really refreshing."

The 2020 MAC schedule has yet to be released but the Bulls know they'll play six games against conference opponents. They're coming off an 8-5 season where they won the program's first bowl game, a 31-9 win over Charlotte in the Bahamas Bowl. With plenty of players returning, including Patterson who finished the 2019 season one yard shy of 1,800 rushing yards, expectations are fairly high but it's not been a normal off-season.

"It's been hard to see where we're heading," Patterson said. "The guys have been putting in a lot of work from conditioning to lifting weights. It's going to pay off when we play that first game."

"The coaches are doing a good job of making us practice like we just went through camp in August," defensive end Malcolm Koonce said. "They're trying to keep us healthy."

As the Bulls begin to prepare for the upcoming season, Coach Leipold says they're not a full team just yet. Last week, it was announced several student-athletes, including 19 football players, tested positive for COVID-19.

"Developing depth is going to be very important," Leipold said. "It's gonna be all hands on deck. As we continue to structure our practices, we're gonna try to find ways to make sure they're gonna be ready when called upon."

With several NCAA football already postponed through the first few weeks and the recent outbreak within the Tennessee Titans organization, UB says it's important to stay disciplined and diligent for each other. A player-led meeting was recently held where the team leaders reiterated the importance of holding each other accountable.

"It's important more than ever. This is a top priority in your life right now. Everybody needs to be on the same page," Patterson explained what was said to the players. "It was a really great meeting to let everybody know we have to take the right steps to achieve our goals this season."

Coach Leipold says no UB players have chosen to opt-out of the season for COVID-19 reasons.