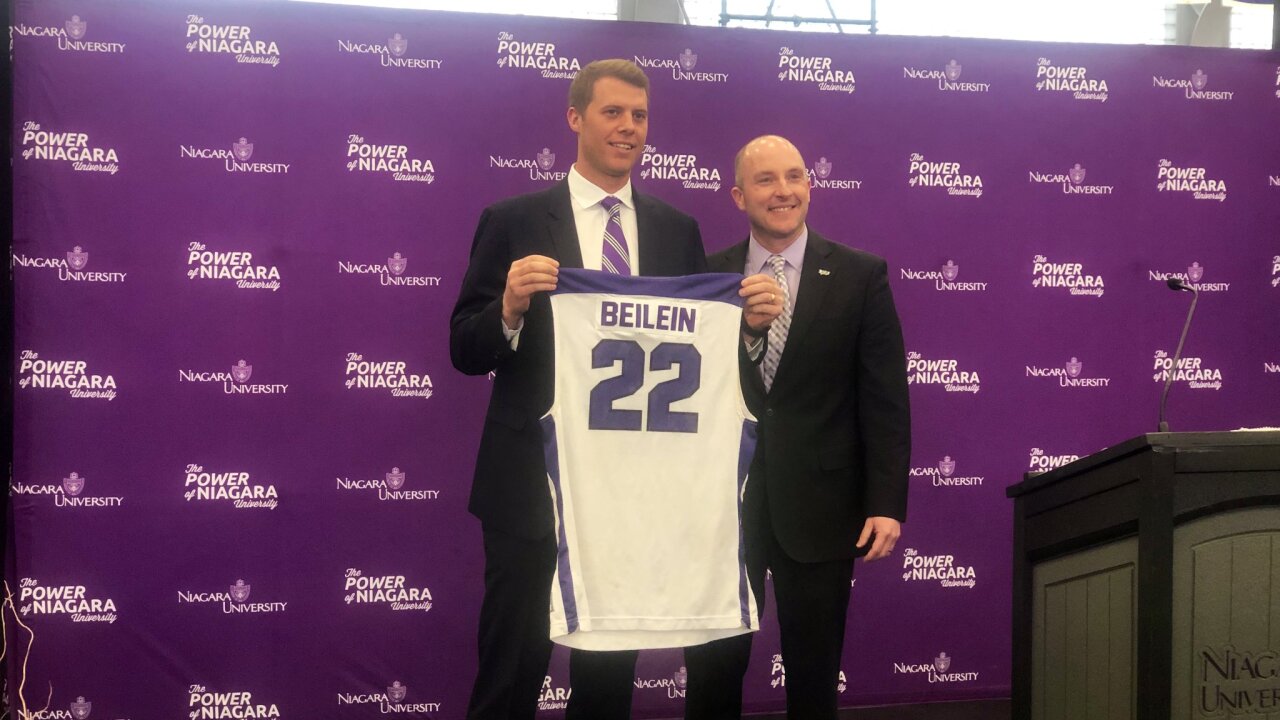 LEWISTON, N.Y. (WKBW) — Patrick Beilein is ready to once again make Niagara University a contender in the MAAC. On Tuesday he was formally introduced in front of hundreds of fans, boosters and staff on his new home court at the Gallagher Center. He was also joined by several family members who call Western New York home.

“We're going to go out everybody to the Sabres' game tonight, so we're just looking forward to it, it's family time,“ Patrick Beilein said.

Beilein's father John, the head coach of the Michigan basketball team, also attended. John Beilein recalled going to a Niagara University basketball game when he was in seventh grade, growing up in Niagara County.

“This is like a dream come true for our family, and obviously for Patrick,“ John Beilein said.

With the Dolphins, Patrick Beilein amassed a 77-41 record -- including two 20-win seasons. They made trips to the NCAA Division II tournament the last three seasons, including a trip to the Elite Eight in the 2017-2018 season. He was named a two-time Northeast-10 Conference coach of the year.