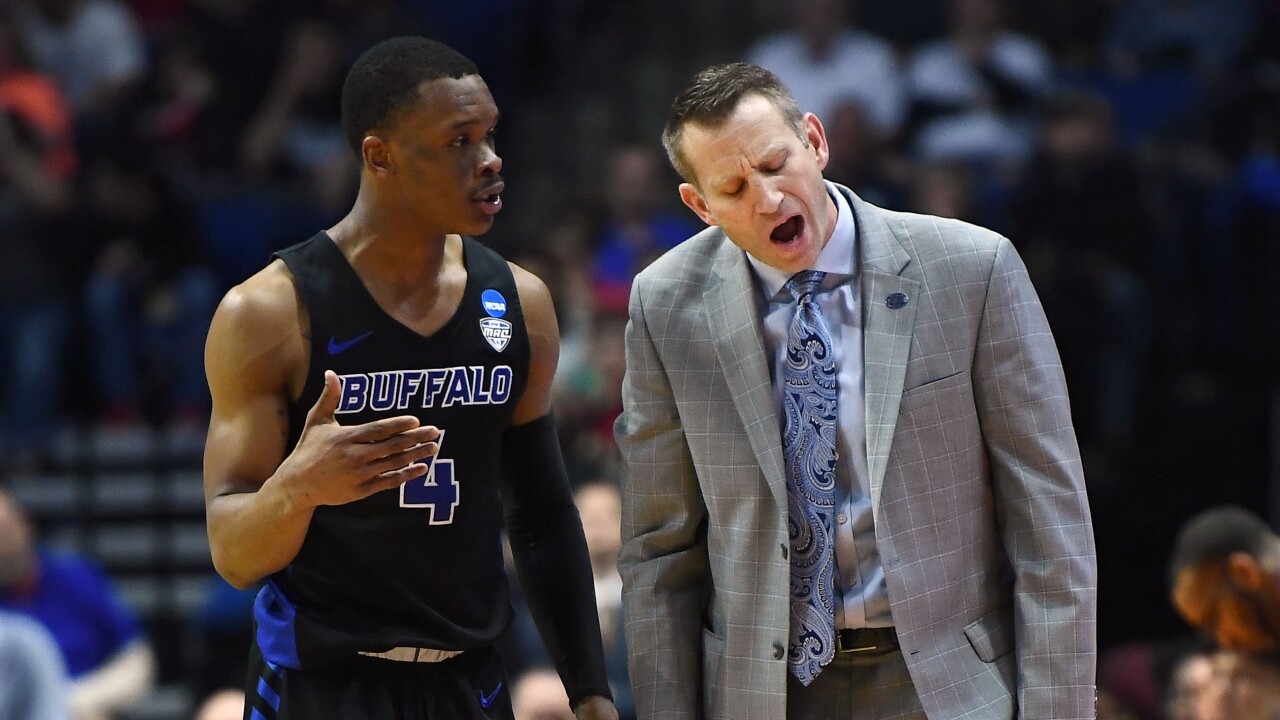 Stacy Revere/Getty Images
TULSA, OKLAHOMA - MARCH 24: Davonta Jordan #4 of the Buffalo Bulls talks to head coach Nate Oats of the Buffalo Bulls during the first half of the second round game of the 2019 NCAA Men's Basketball Tournament against the Texas Tech Red Raiders at BOK Center on March 24, 2019 in Tulsa, Oklahoma. (Photo by Stacy Revere/Getty Images)

BUFFALO, N.Y. (WKBW) — The most successful season in program history for the UB men's basketball team has come to an end. On Sunday in the Round of 32 the No. 6 ranked Bulls fell to No. 3 Texas Tech 78-58.

Despite falling behind early the Bulls clawed their way back and took a brief 25-24 lead in the final minutes of the first half. Texas Tech responded with a 9-0 run, taking a 33-25 lead into the half.

After the break, the Red Raiders couldn't be stopped and the Bulls couldn't hit a shot. Buffalo didn't make their first field goal until nearly eight minutes into the second half. By that point, Texas Tech's lead was insurmountable.

Nick Perkins led the way for the Bulls with 17 points while Dovanta Jordan added 13 points. Jeremy Harris, who had 21 points against Arizona State on Thursday finished with just nine points against Texas Tech. CJ Massinburg, the MAC player of the year finished with 14 points.

"It’s been a great ride," Perkins said after the loss. "I had some ups and downs and it was mostly ups here but I’m going to miss the city of Buffalo and all that they’ve done for me.”

Sunday's loss to Texas Tech was the lowest scoring game of the season for the Bulls. Entering their matchup with the Red Raiders the Bulls had scored more than 62 points in every game they'd played this season.

"The city really like took me on and loved on me and I loved on them back," Massinburg added after the game. "This run I’ll remember for the rest of my life and I really appreciate [everyone] and I’ll be back in Buffalo pretty soon."

UB has never made it past the Round of 32 in the NCAA tournament. The Bulls end their season with a 32-4 record along with their fourth MAC title in the last five seasons.

On Instagram, the university saluted both the men and the women for their effort and regular-season performances.