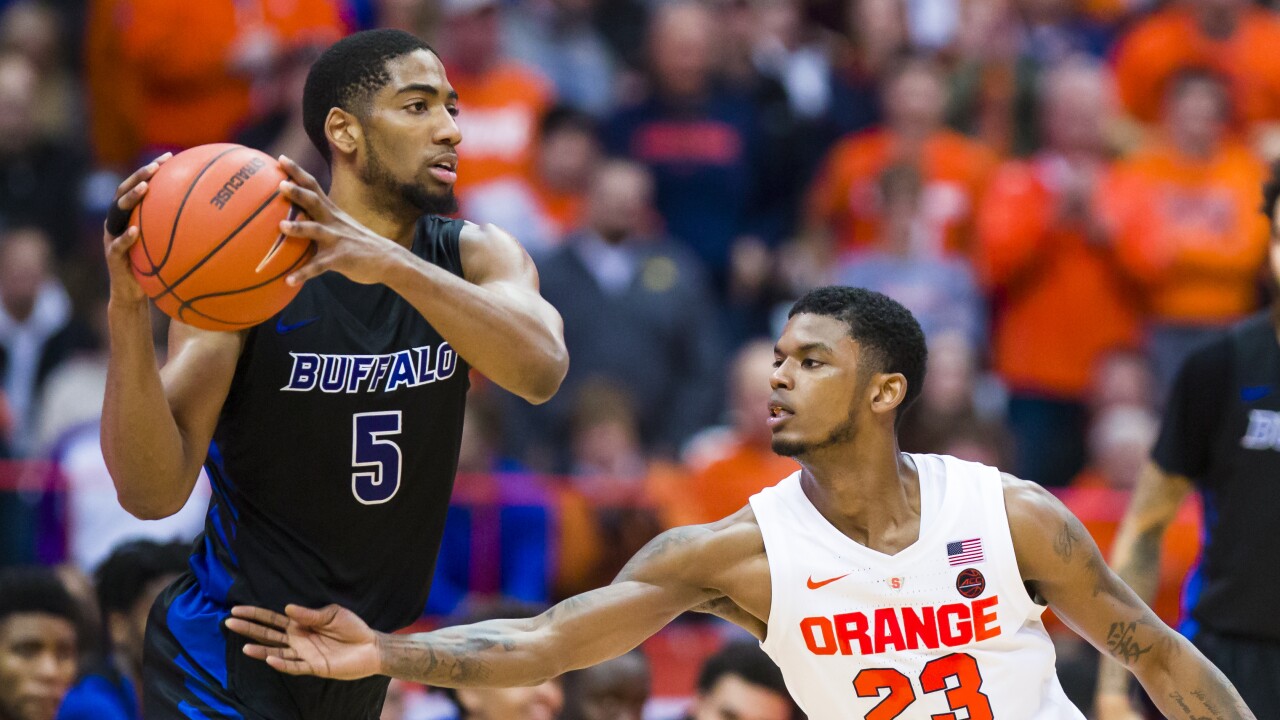 For the second year in a row, the University at Buffalo men's and women's basketball teams have made it to the "big dance." Their NCAA Tournament runs begin on Friday afternoon. While the teams play about 1,500 miles away from each other, tipoff for the two games happens within a half hour of each other.

Here are seven things to know about the match-ups:

When Bobby Hurley accepted the job at Buffalo he brought Nate Oats, a former high school math teacher with him. After two years impressing as an assistant, Oats took over once Hurley left after two seasons and has led the Bulls to three NCAA tournament appearances in the last four seasons. Both Oats and Hurley maintain a mutual friendship and respect for eachother, adding another fun story line to Friday's game.

During the MAC tournament Dillard was named tournament MVP, after helping lead the Bulls to a MAC championship as a four-seed. Dillard had 22 points in the championship game and had an impressive 31 points in their upset win against Central Michigan in the semifinals. When Dillard is on the Bulls are a tough team to beat.

When I grow up I want to be Cierra Dillard

Last year, the UB women shocked fans all around the country with a historic run to the Sweet 16. As for the men, they've never played their way into the second weekend. For months, Oats and his team has been vocal about getting to the Sweet 16 and if that's going to happen the men will need at least two wins.

Despite quality senior leadership from players like Dillard, the women's team is littered with underclassmen who are hoping to build off their recent success for years to come. As for the men, they'll be losing almost their entire starting lineup after this season but are welcoming in another impressive recruiting class, headlined by guard Noah Williams from the Seattle area.

5) On the road again

Last year, plenty of fans made the trip to Boise, Idaho to watch the Bulls and from all accounts it looks like several fans have made their way to Tulsa for this years opening weekend. 7 Eyewitness News Reporter Jeff Slawson is in Tulsa catching up with fans. He's already stumbled upon a restaurant that said their keeping ranch dressing as far away from Buffalo fans as possible.

Tulsa is ready for @UBmenshoops fans. Here at @ElginParkTulsa they have overstocked on beer and taken over an entire street. The owner just told me they are “keeping the ranch dressing as far away from UB fans as possible”. This guy gets it. @WKBW pic.twitter.com/bzLkYE1kAt

"I feel like we're a little better this year and we need to be ready." - Nick Perkins

"This year we have the formula and the recipe for success and we know it's in how you prepare for a team and how hard you practice leading up to it. So we're just going to try and keep that same recipe and formula and bring it over to this year." - CJ Massinburg

"Coach Oats is going to be a little more into it but it should be all fun and it'll be a fun game to watch." - Jeremy Harris

UB's official watch party for BOTH games is at Santora's Pizza Pub and Grill in Williamsville.