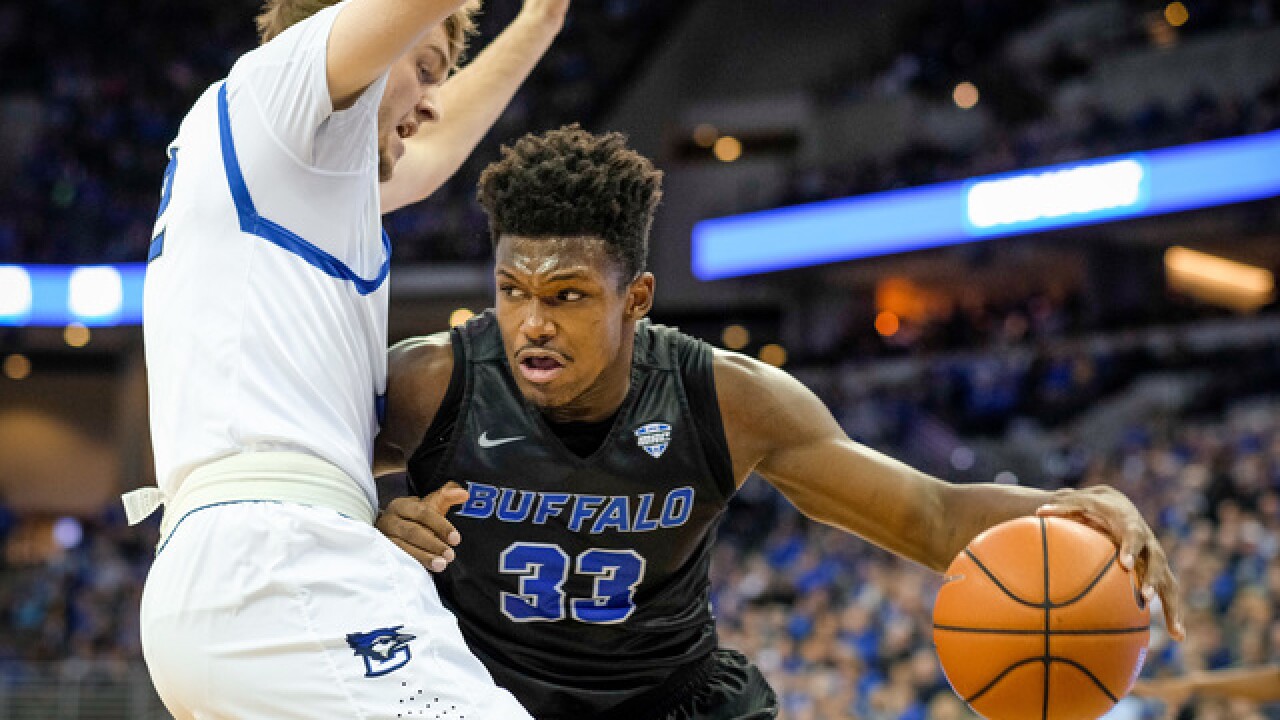 Copyright 2018 Scripps Media, Inc. All rights reserved. This material may not be published, broadcast, rewritten, or redistributed.
Eric Francis
<p>OMAHA, NEBRASKA-NOVEMBER 29: Nick Perkins #33 of the Buffalo Bulls tries to get by Toby Hegner #32 of the Creighton Bluejays during their game at the CenturyLink Center on November 29, 2016 in Omaha, Nebraska. (Photo by Eric Francis/Getty Images)</p>

For the first time ever, both the UB Bulls and St. Bonaventure Bonnies are heading to the NCAA Tournament during the same year.

. @UBmenshoops is here and ready to find out what’s next! @WKBW pic.twitter.com/hprxFyjOOS

The Bulls will head to Boise, ID as a No.13 seed and take on the No.4 seed Arizona. This will be UB's third NCAA tournament appearance in the past four seasons.

St. Bonaventure was one of the last four teams to get an at-large bid into the 68-team field, which means they will play UCLA in a play-in game in Dayton, OH on Tuesday. The winner between St. Bonaventure and UCLA will be the No. 11 seed and take on No. 6 seed Florida in Dallas, TX.