Canisius falls to Robert Morris in first round of NCAA tournament 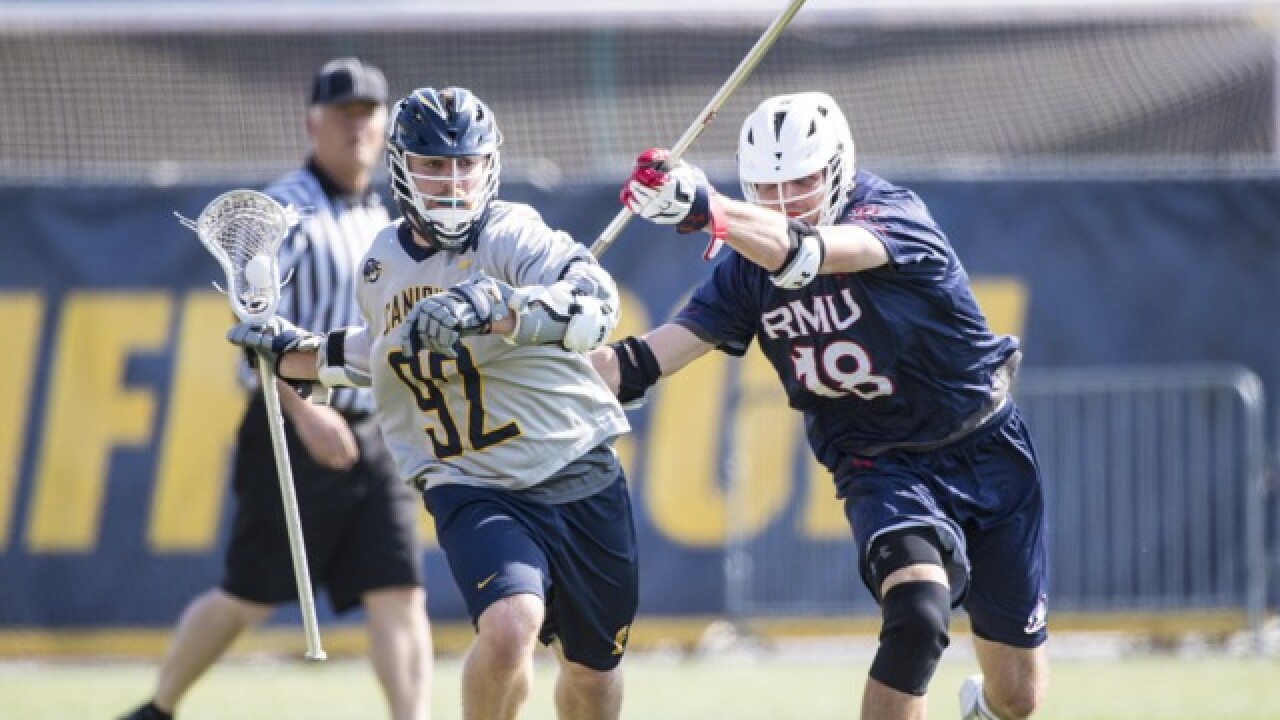 Despite jumping out to an early 1-0 lead, Canisius couldn't hold off Robert Morris, allowing the visitors to score seven consecutive goals before falling in the first round of the NCAA tournament 12-6.

Justin Mayfield led the way for the Colonials, scoring three goals while Jimmy Perkins and Shane Majewski each scored two. Steven Coss and Mathieu Boissonneault each scored twice for the Griffs.

After the loss, both senior Connor Kearnan & head coach Mark Miyashita agree that the standard has been set for @GriffsMLax . This year they were expected to be at the bottom of the conference, and they made it to the NCAA tournament @WKBW pic.twitter.com/jx5v6ICGH1

"You know, I think it's just a chance for us to learn about how to play lacrosse on the big stage," first-year Canisius coach Mary Miyashita said after the loss. "I can't take anything away from these guys, they've given us everything all year and I'm very proud of every man in that locker room."

"Our goal was set at the start of the year to make the MAAC playoffs and win the MAAC championship and today was just an added bonus for us," senior Connor Kearnan added. "Things didn't go our way, we wish we could clean some things up and have a better outcome but we were picked to finish sixth out of seven at the start of the year. So I have no complaints, I love everyone down there and I'm proud to go out like this."

Canisius won it's third MAAC title in program history, despite finishing with an 8-9 record on the season. Robert Morris will take on No. 1 seed Maryland in the second round of the NCAA tournament.

One Assist, Two Records! With his assist on the opening Boissonneault goal, Connor Kearnan has now set the Canisius and MAAC single-season assist records. #Griffs pic.twitter.com/eQuZmHt3Xo