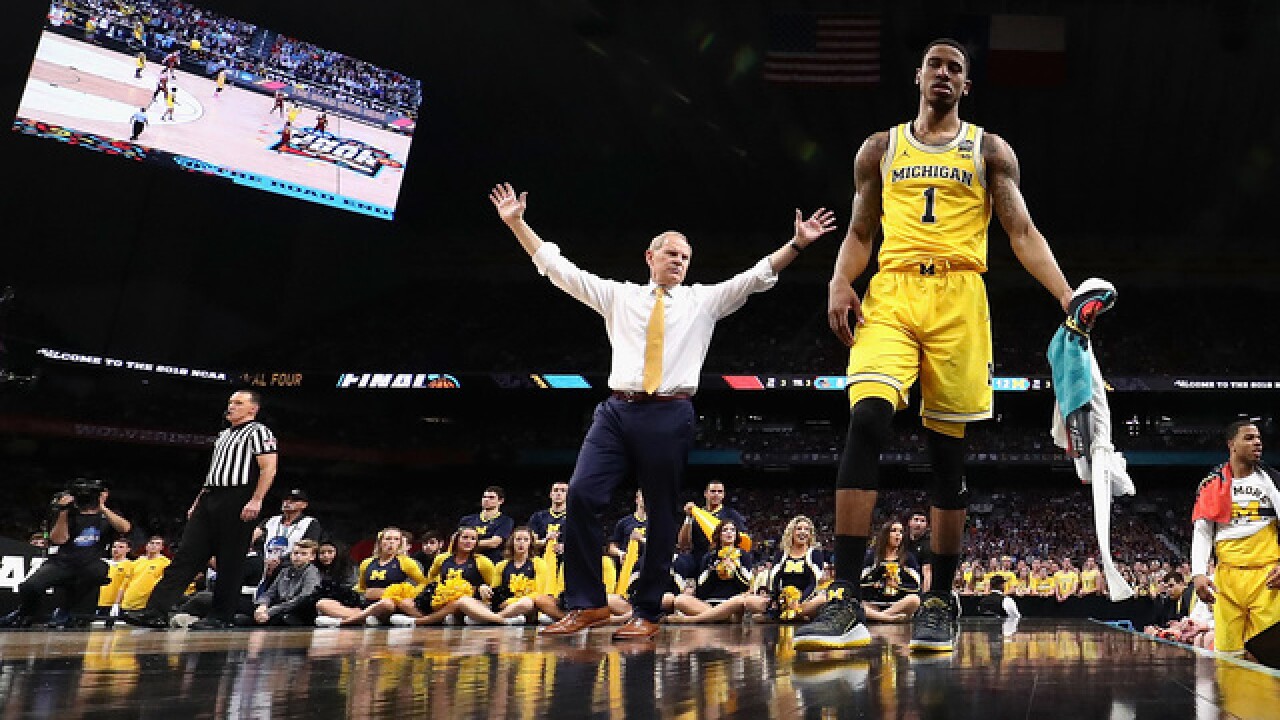 Copyright 2018 Scripps Media, Inc. All rights reserved. This material may not be published, broadcast, rewritten, or redistributed.
Ronald Martinez
<p>SAN ANTONIO, TX - MARCH 31: Head coach John Beilein and Charles Matthews #1 of the Michigan Wolverines react in the first half against the Loyola Ramblers during the 2018 NCAA Men's Final Four Semifinal at the Alamodome on March 31, 2018 in San Antonio, Texas. (Photo by Ronald Martinez/Getty Images)</p>

John Beilein and the Michigan Wolverines are one win away from a national title. On Saturday the Wolverines knocked off Loyola-Chicago 69-57, outscoring the Ramblers 47-28 in the second half.

Burt, NY native John Beilein is heading back to the national championship!!!!!! https://t.co/1ReYjG9Lbd

Beilein, 65, was born and raised in Burt, NY, a small hamlet in Newfane. Beilein began his coaching career at Newfane High School, where he spent three years. He then took over the basketball program at Erie Community College. After a short stint with Nazareth College and nine years at Le Moyne, Beilein returned to Western New York, where he coached Canisius for five seasons. Beilein then spent time at both Richmond and West Virginia before accepting the Michigan job in 2007.

Michigan hasn't won a national title since 1989. This will be Beilein's second championship appearance with the Wolverines, falling to Louisville in 2012-2013.