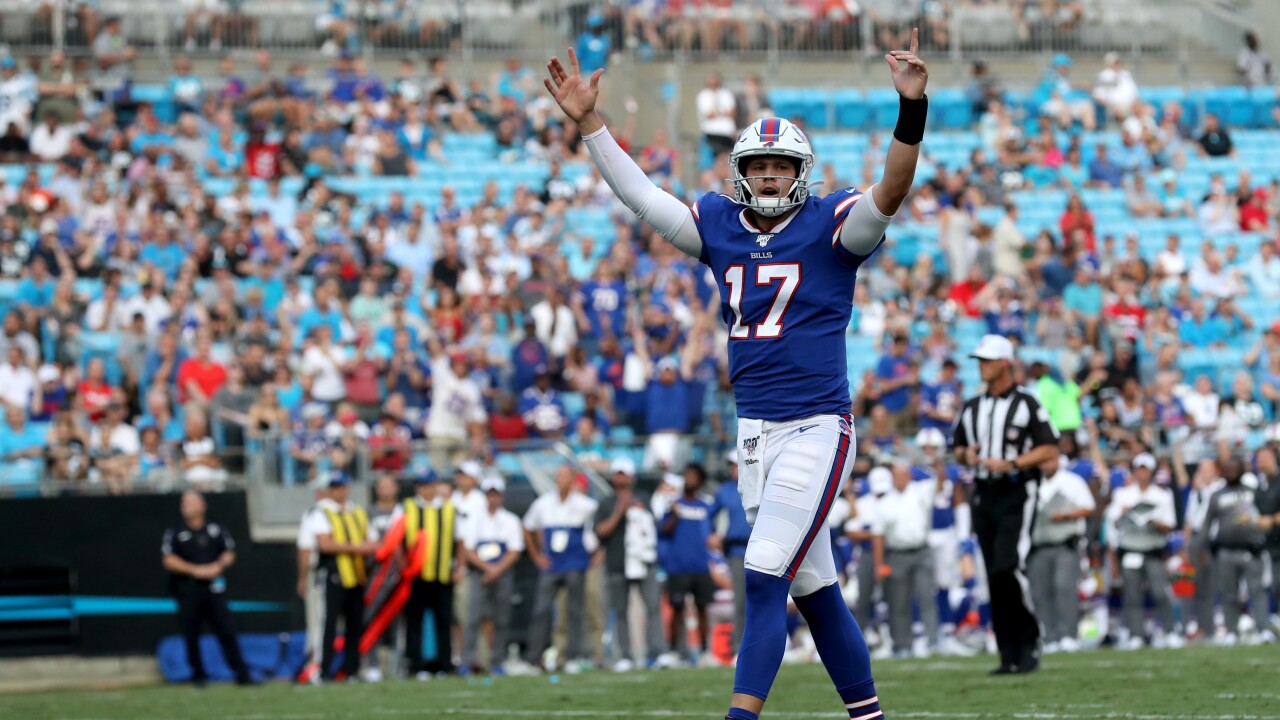 BUFFALO, N.Y. (WKBW) — Some look forward to the holidays, others count the days to summer vacation, but in the WKBW sports office, football season is the most wonderful time of the year. As we prepare for another year of ups and downs with the Bills here are our predictions for the 2019 season.

Are they going to be any good?

It’s such a simple question with such a complicated answer.

More often than not when I’m asked about the Bills fate in 2019 I respond with the same three words: I’m cautiously optimistic.

In the offseason I thought the Bills did a nice job adding depth up and down their roster but there is still one big question: What strides will Josh Allen take in year two?

His talent is obvious and last year he showed some flashes that have fans and teammates excited about the future. But there are still the questions surrounding his accuracy and decision making.

If he can limit the mistakes, like the atrocious across the body throw he made against the Lions in week three of the preseason, I think Allen could take a step in the right direction, which will ultimately lead the Bills to more wins. I don’t think it’ll be a huge step, but progress nonetheless.

On defense the Bills should once again be stout. As a unit the defense is returning every key player from last year with the exception of defensive tackle Kyle Williams. That said, the Bills addressed their new need on the defensive line with the addition of Ed Oliver in the 2019 NFL Draft.

How important is the addition of the explosive tackle from Houston? In our 7 ABC postgame show, Joe Buscaglia from The Athletic said he believes Oliver is the most important player on the defensive side of the ball. His reasoning — the added pressure up the middle will make everyone else’s jobs on defenses easier.

But will progress from Allen and a once again stout defense be enough to get the Bills into the playoffs? Not yet, but they’ll be playing important games in December.

Yes, the offensive line is improved.

Yes, the majority of the defense is back along with rookie Ed Oliver.

However, I don't think all of that will transpire into an automatic deep playoff run and Super Bowl season.

I do expect this team to be better but I also expect them to struggle in various areas. Despite bringing in an entire new backfield and offensive line, I don't see the run game improving too much. I also don't see Josh Allen finishing the season, once again, leading the run game. So, let's call it baby steps.

My crazy and non-crazy predictions: Duke Williams will be off the practice squad and on the 53-man roster at some point this season, Isaiah McKenzie will have multiple rushing touchdowns, Ed Oliver will become the mortal enemy of every opposing quarterback, and Bills Mafia will travel far and wide (despite the team's record) because that's exactly who they are and what they represent.

Some of my predictions could come true and at the same time, none of them could. But hey, I took my best shot and in the words of one of my favorite TV characters,

Both Brandon Beane and Sean McDermott have said that this year (their third year together) is the year in which the Bills should take noticeable steps forward.

With a nearly all-new array of weapons around him, everything hinges on Josh Allen. I expect him to top 3,000 yards passing behind what looks like an improved offensive line.

On the other side of the ball, this defense could be one of the league's best. Last year, they were one of three teams to average less than 300 yards allowed per game.

The AFC as a whole has a lot of weaknesses and question marks, but the Bills won't be able to capitalize and get back to the postseason just yet.