The Bills will host a second playoff game in Orchard Park. Here's who they might face. 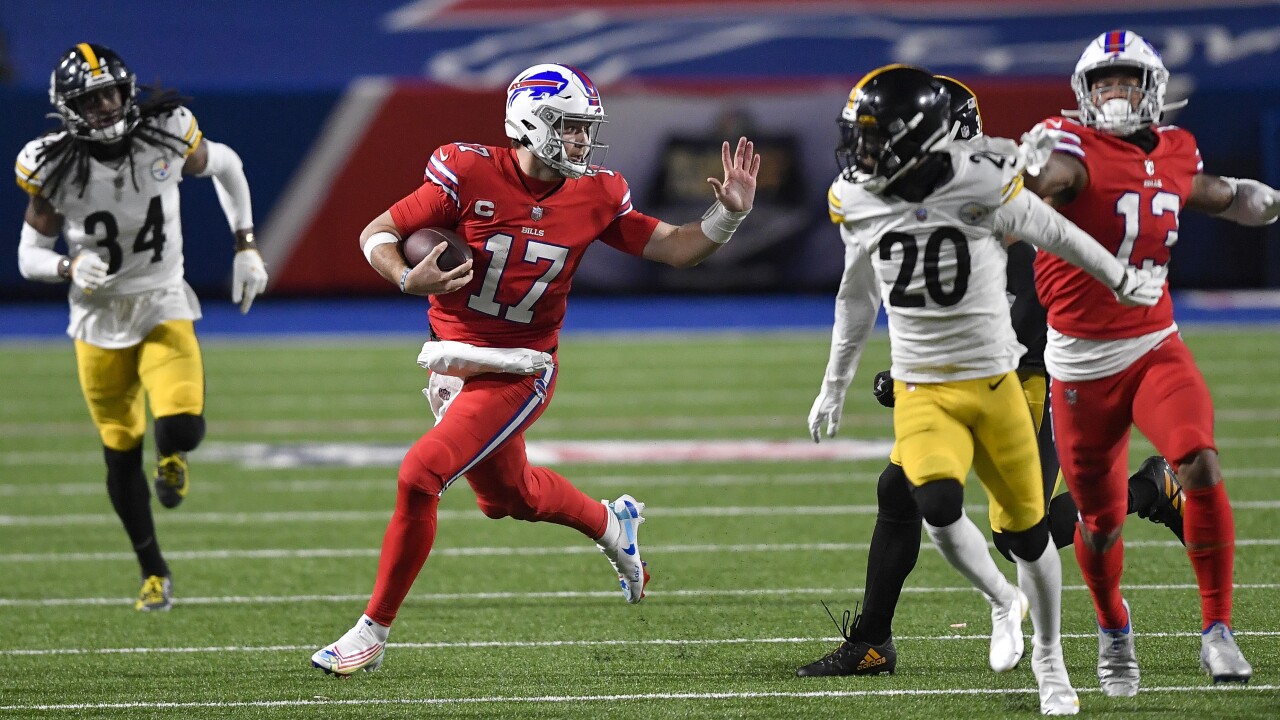 Due to the Bills winning, they will host at least one more playoff game at Bills Stadium in Orchard Park.

The Bills will meet one of three teams for their next playoff game either Saturday the 16th or Sunday the 17th.

The Bills will either play the Pittsburgh Steelers, the Tennessee Titans, or the Baltimore Ravens in the divisional round of the AFC Playoffs; here are the scenarios for each match up.

The 12-4 Pittsburgh Steelers would face the Bills in the second round if they beat the Cleveland Browns, Sunday night.

The AFC North winners lost to the Bills in Week 14 by a score of 26-15 and limped into the playoffs going 1-4 in their last five games, including that loss to the Bills.

The Steelers are facing a Browns team that made the playoffs for the first time since 2002 after they beat the Steelers in Week 17.

The 11-5 Tennessee Titans would face the Bills in the second round if they beat the Baltimore Ravens, Sunday afternoon, and the Browns beat the Steelers, Sunday night.

The AFC South winners beat the Bills in Week 5 by a score of 42-16 and are 3-2 in their last five games, clinching their first AFC South title since 2008.

The Titans are facing the Ravens who they beat in overtime in Week 11 by a score of 30-24.

The 11-5 Baltimore Ravens would face the Bills in the second round if they beat the Tennessee Titans, Sunday afternoon, and the Browns beat the Steelers, Sunday night.

The Ravens are red hot, winning their last five games heading into the playoffs after starting the season 6-5 in order to clinch a wild card spot.

The Ravens did not play the Bills this season but beat the Bills in Orchard Park last season 24-17.