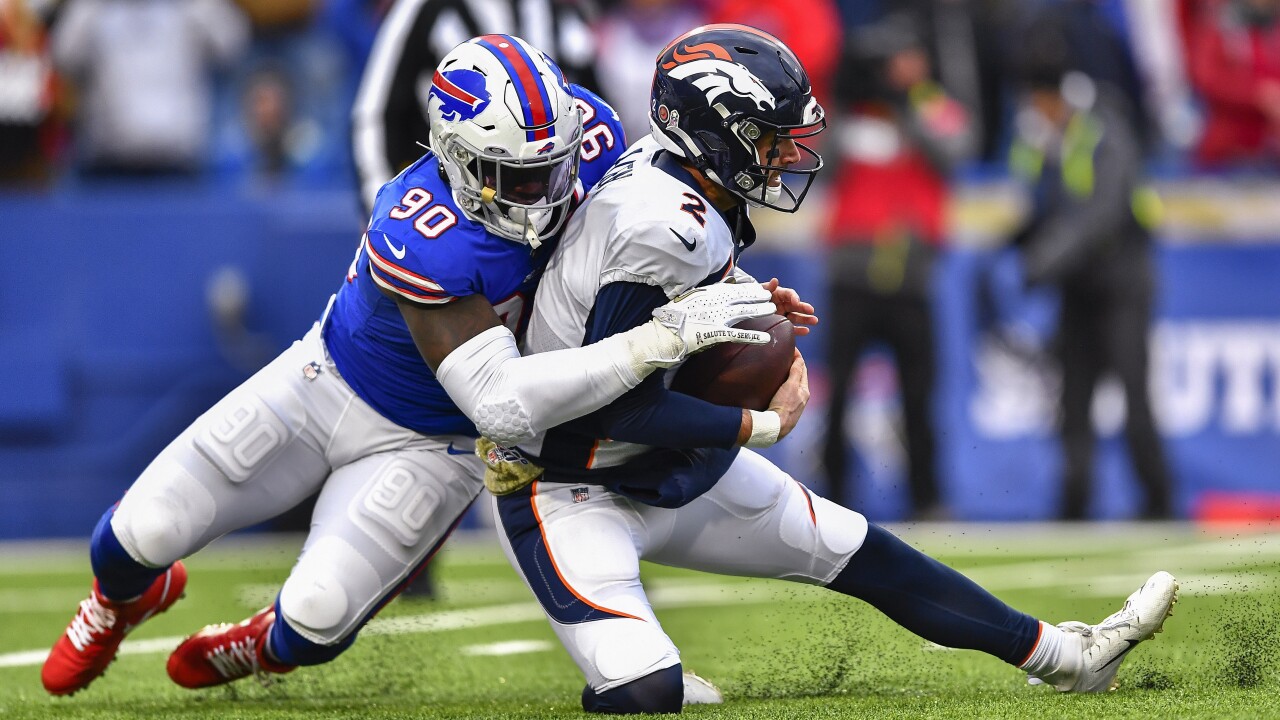 BUFFALO, N.Y. (WKBW) — It looks like Shaq Lawson is on the move.

According to Ian Rapoport of the NFL Network, Lawson will be heading to the Miami Dolphins on a three-year deal worth $30 million.

Lawson recorded 6.5 sacks with the Bills last season, and also had 13 tackles for a loss and one forced fumble. he also led the Bills with 18 quarterback hits. With 16.5 sacks in his career, Lawson should be able to help a Dolphins unit that has had trouble pressuring the opposing quarterback.