Raiders HC Jon Gruden: "The entire [Bills] organization is on its way" 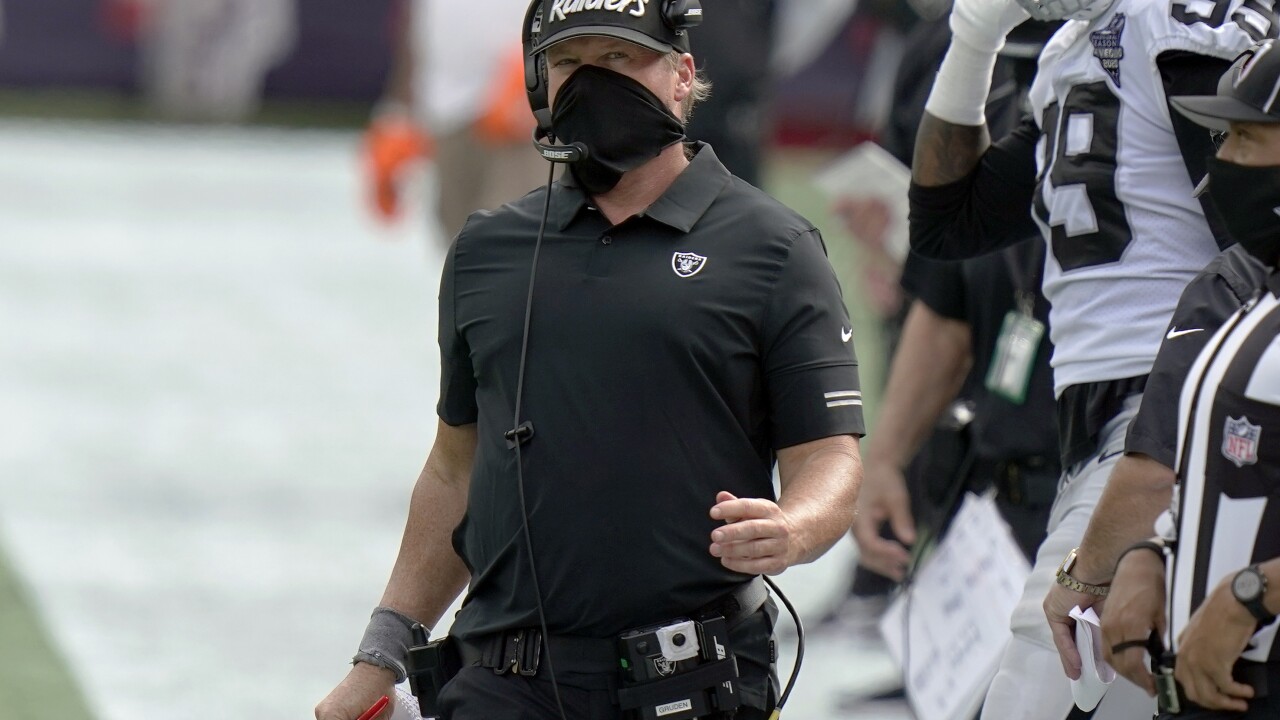 BUFFALO, N.Y. (WKBW) — Josh Allen's breakout start to the 2020 season has taken the Bills to the next level. Any team that's riding a hot hand isn't a team you want to face; Las Vegas Raiders head coach Jon Gruden echoed that on Wednesday.

"He's in a rhythm right now. He's in a zone," Gruden said. "Unfortunately we're on their schedule, and we have to do everything we can to disrupt that rhythm."

"We've been friends for a long time. As a broadcaster I would always follow what he was doing in Carolina, or in Philadelphia," Gruden said. "He's one of the top two or three guys in the league I think in terms of big picture and how to put a football team together."

He was quick to credit both McDermott and GM Brandon Beane for the Bills' turnaround. It's a train that he'll have to try to stop this Sunday. But the Super Bowl-winning coach sees an even bigger reason for Allen's leap in 2020 than his array of targets.

"The speed of the NFL game is so much different than college. I don't care if you come from the SEC, the ACC, the Big 12, or if you come from Wyoming," Gruden said. "And I think he's experienced now and he's caught up with it."

The Bills visit the Las Vegas Raiders at 4:25 p.m. on Sunday.