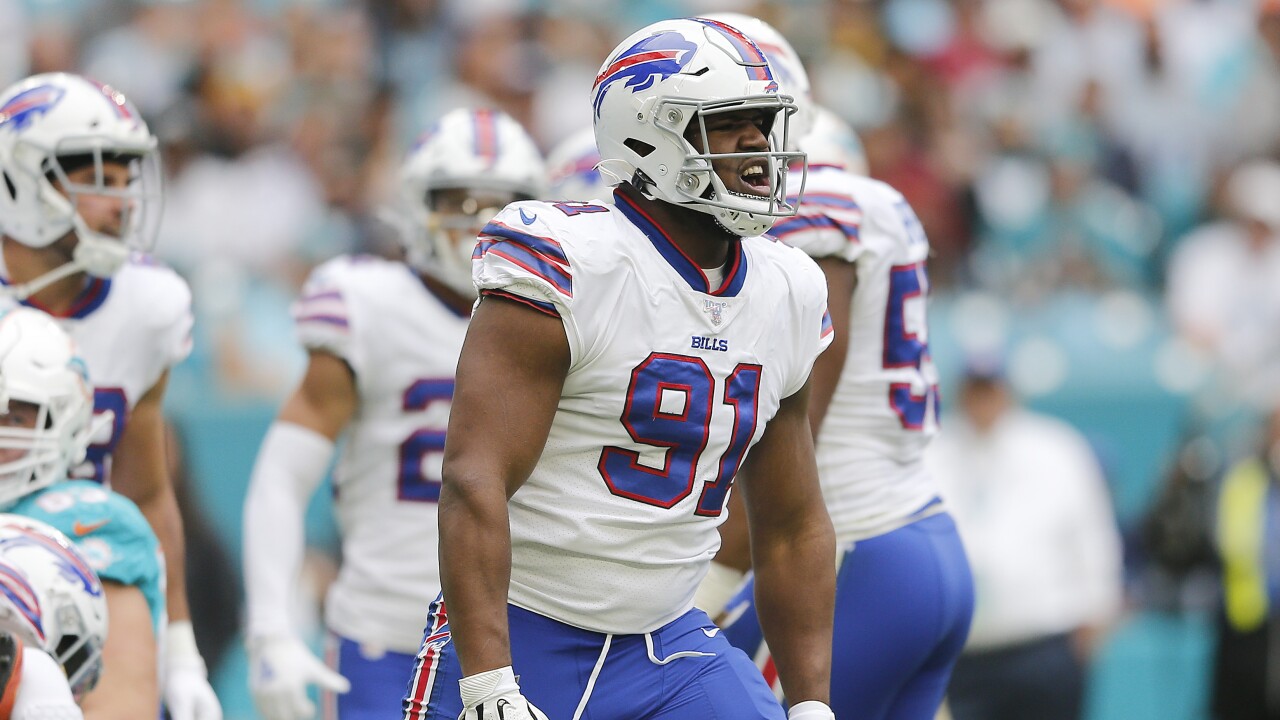 BUFFALO, N.Y. (WKBW) — Bills defensive tackle Ed Oliver was arrested in Houston on two charges Saturday night. According to the Montgomery County Jail, he is facing one count of driving while intoxicated and one count of unlawfully carrying a weapon. Oliver also allegedly had an open beer can between his legs.

The NFL's Policy and Program of Substance Abuse points to at least a three-game suspension without pay for a player's first violation of the law involving alcohol.

The policy reads: "If the Commissioner finds that there were aggravating circumstances, including but not limited to felonious conduct, extreme intoxication (BAC of .15% or more), property damage or serious injury or death to the Player or a third party, and/or if the Player has ad prior drug or alcohol-related misconduct, increased discipline may be imposed."

According to the Montgomery County Police Reporter, Oliver's truck was "failing to maintain a lane" and "driving dangerously in a construction zone." However, there was no property damage, injury, or death as a result.

In addition to a potential suspension without pay, Oliver could also face bonus forfeiture in accordance with the NFL's new Collective Bargaining Agreement.