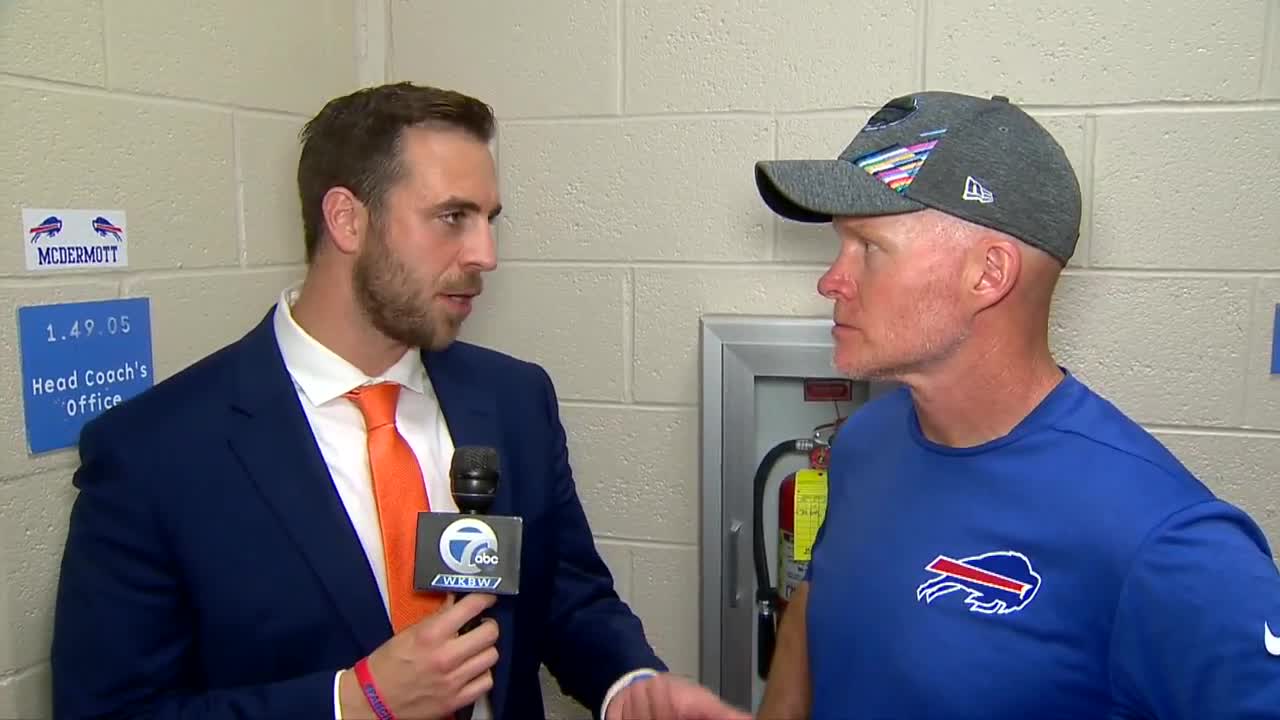 Sports director Matt Bove speaks with Sean McDermott about the Bills' 14-7 victory over the Tennessee Titans.

NASHVILLE, Tenn. (WKBW) — In his NFL debut, a Bills rookie scored the game winning touchdown. After the Bills' 14-7 win, McDermott explained what made WR Duke Williams ready for the active roster.

He also touches on his bye week philosophy and the message he'll send to the players as they gear up for week seven.

The 4-1 Bills host the Miami Dolphins on Sunday, October 20th.