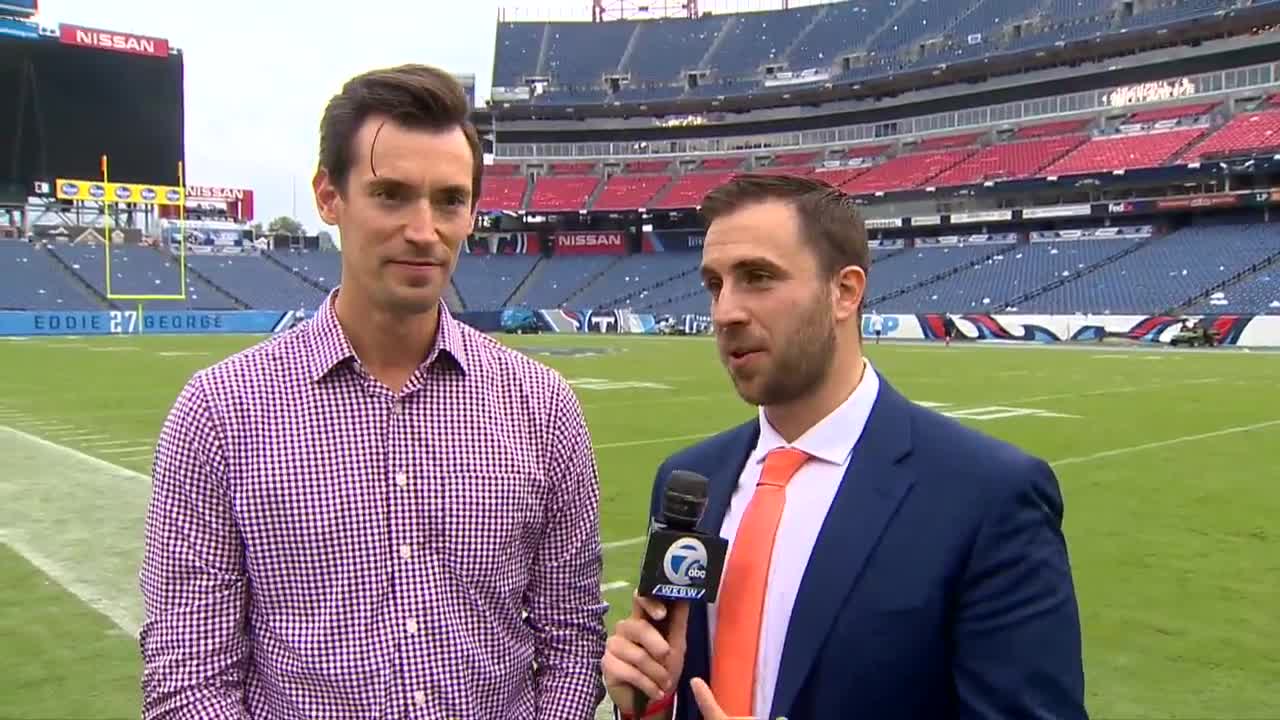 Matt Bove and Joe Buscaglia from The Athletic talk topics from the Bills' week five win.

NASHVILLE, Tenn. (WKBW) — Matt Bove and Joe Buscaglia from The Athletic discuss the Bills' week five win over the Titans. Talking points include the Bills' defense and just how good they really are along with Josh Allen's highs and lows from this week.

Allen threw 23 of 32 for 219 yards, two touchdowns, and an interception against the Titans. Defensively, the Bills had five sacks, three of which came from defensive tackle Jordan Phillips.

The Bills have a bye week this week and host the Miami Dolphins on Sunday, October 20th.