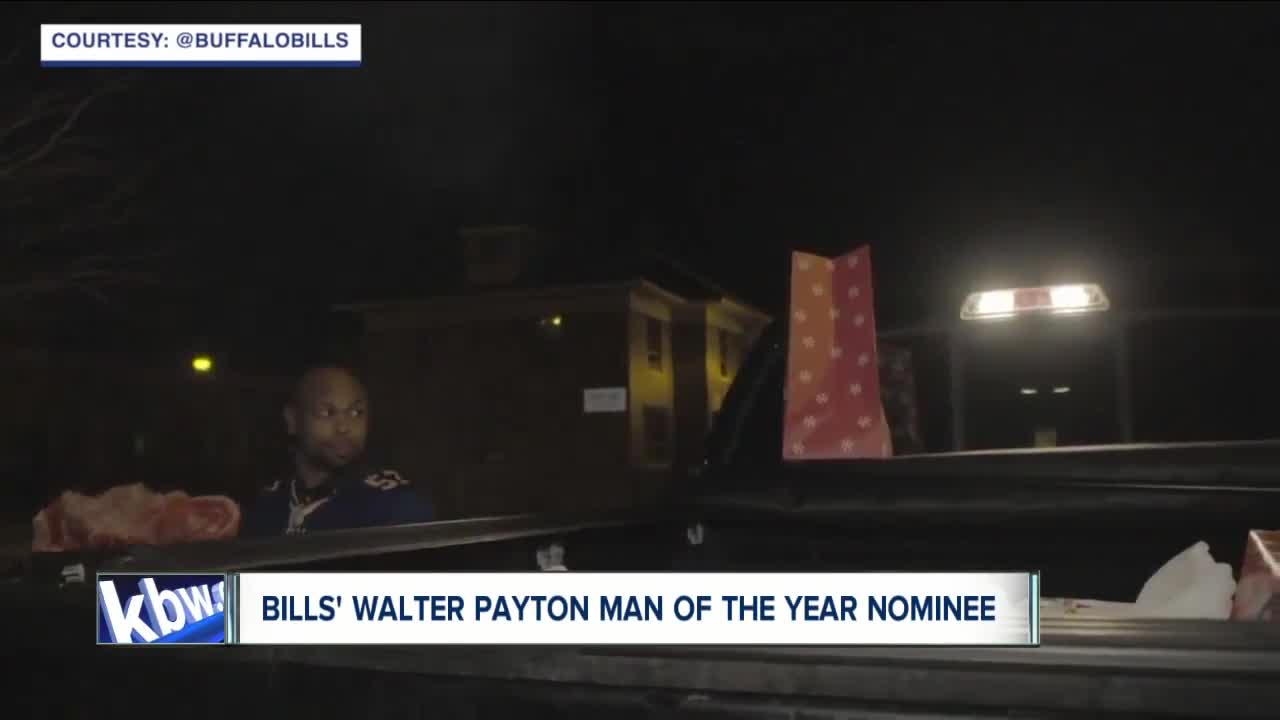 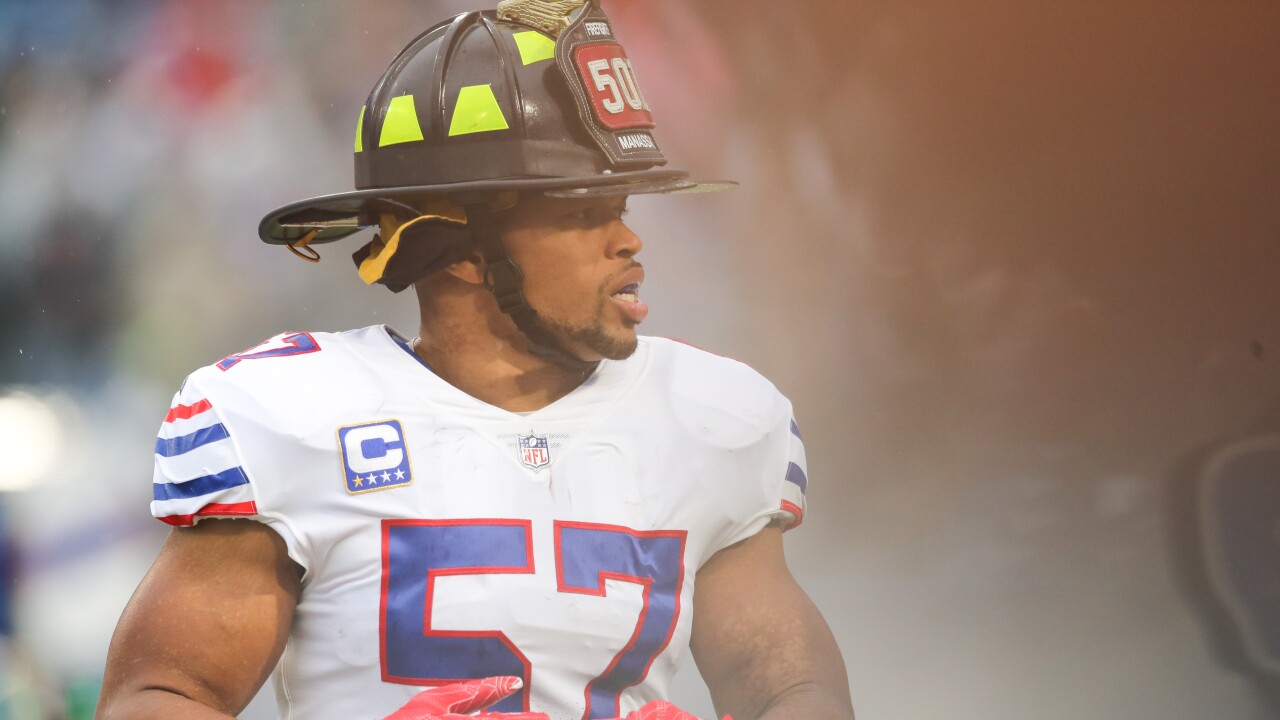 BUFFALO, N.Y. (WKBW) — The Buffalo Bills announced Thursday Lorenzo Alexander has been named the team's nominee for the Walter Payton Man of the Year Award for the third consecutive year.

He’s an inspiring leader that continuously gives back to our community.

Lorenzo Alexander is more than deserving to be named our 2019 Walter Payton Man of the Year. #BeLikeZo pic.twitter.com/q7MRkzKS3c

According to the NFL "The Walter Payton NFL Man of the Year Award recognizes an NFL player for his excellence on and off the field."

Truly honored to be the @BuffaloBills Walter Payton Man of the year nominee. We have so many men in our building who deserve recognition for their service. Thank you to my wife, family & friends who continue to help me support our community! pic.twitter.com/izvkB2qYBe

One player from each NFL team is nominated, the winner of the award receives $250,000 donated to the charity of their choice.

The others who do not win the award receive $50,000 donated to a charity of their choice.

“If you don’t know that Lorenzo Alexander deserves to be the nominee for the Walter Payton man of the year…there’s really something wrong.”

Lucy Candelario is the executive director of the Belle Center in downtown Buffalo.

She first met Bill’s nominee for the Walter Payton Man of the Year Award Lorenzo Alexander a few years back at a #GivingTuesday event put on by the team.

“He offered to come back and work with me. I didn’t believe him I said this guy is busy, he’s a professional athlete, he’s a Bills player for God’s sake,” she said. “When is he going to make time to come out to the Belle center? Well lo and behold, he did. He not only came out, he came out strong.”

And it wasn’t just one time.

Alexander has hosted family fun days, health fairs, STEM programming, and a number of other workshops at the Belle Center over the last 3 years.

“He gives to the community in terms of programming, and he teaches by example,” said Candelario.

Alexander is in his third consecutive year being named the team’s Walter Payton Man of the Year.

He will enter the league-wide NFL competition now, the winner will be announced at the NFL Honors award show airing February 2, 2020.

He is known for his leadership on the field, and his heart off of it.

“That’s what I’m passionate about, I think that’s what I’m on this earth to do — it’s really serve and fill the gaps for people that are in need,” Alexander said to 7 Eyewitness News Anchor Madison Carter during an October 2019 interview
“I have the privilege of being successful. I went to college and earned my degree at Cali, and I’ve had a wonderful career of 15 years,” he said.

“I have a great platform, I’ve built great relationships and I try to leverage that to help younger kids that look like me, come from the same neighborhood, help them fill those voids that they may be lacking so they can be successful as well.”

Every year he asks Coach Tim Delaney to identify 5 families who could really use a boost.

And each year, those 5 families — not just the players — make a list.

And every year, Alexander delivers every single item on the list.

He’s dropped off x-boxes, washing machines, refrigerators, iPhones, and even groceries to families doorsteps each December.

It’s something the families are eternally grateful for, said Delaney.

“I try to explain Lorenzo as someone who has so far exceeded anyone’s expectations as to what an NFL player does to give back to the community.”

But, it’s not just about giving: “He is hands on with the kids, the kids know him, the kids have met him.”

Alexander has showed up at team dinners, he has taken 8-hour road trips with players to tour colleges, and he’s sponsored trips to Shea’s for a performance of Hamilton.

“These are the things that should be covered,” said Delaney. “The people that… go out of their way beyond expectations of people to do the right thing and Lorenzo has done that times ten.”

Alexander said a big part of his mission is to help support the needs that have already been identified in the Western New York community.

“Ventures have just come out of great relationships, and I see people doing great work and instead of trying to recreate the wheel and do my own thing I just want to help them elevate what they’re already doing and give more life to it and help other people.”

If you ask him how he does it all?

“My wife Manjanique. She holds us down; she’s our rock and she allows me the freedom to do a lot of things. Because she is such a great mom and a great wife, I have the flexibility to be in one state one day and another the next.”

I am overjoyed that Lorenzo is recognized again for his community efforts. Lorenzo is a champion for the underserved and our family, his teammates, and the city of Buffalo are so honored to have him lead us.